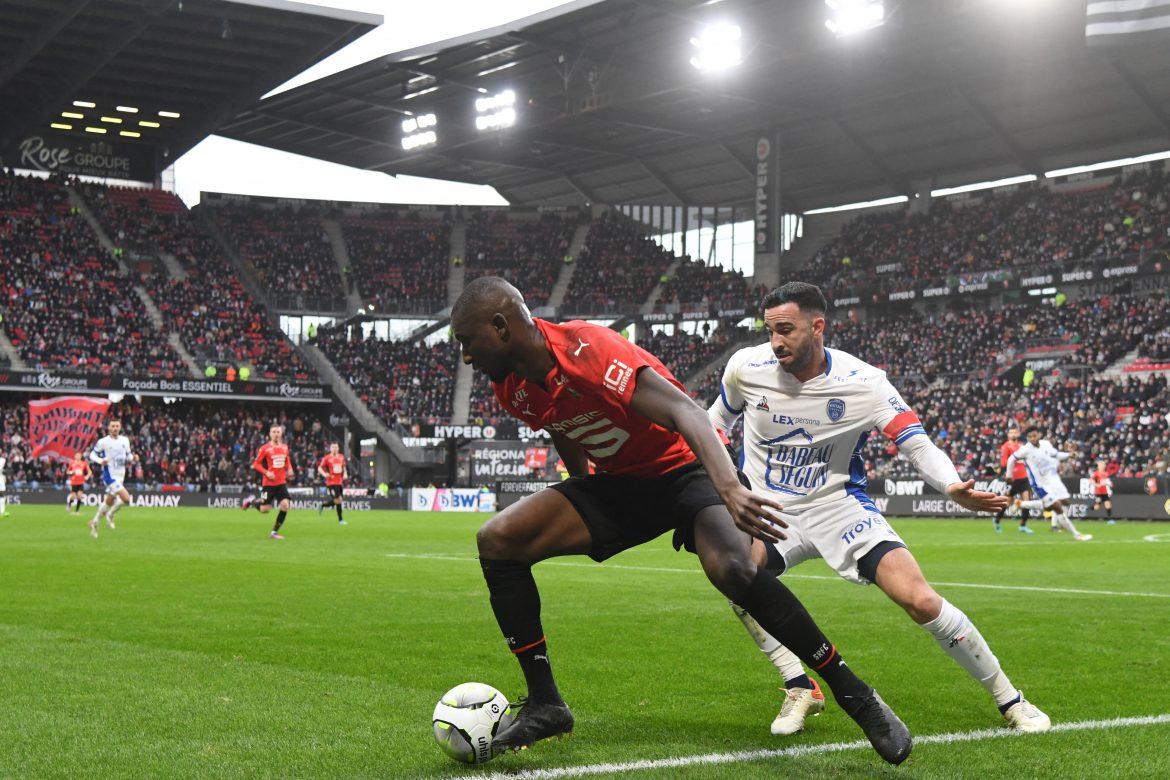 Journalist Fabrice Hawkins reports this afternoon that negotiations have gathered pace between Everton and Rennes in the the Premier League side’s efforts to sign striker Serhou Guirassy.

The Toffees have come in with an initial offer consisting of a loan deal with a permanent option, although the Breton side want to complete a permanent transfer for the 26-year-old Guinea international.

Guirassy sees his contract with Les Rouge et Noir expire in three years’ time. During his two years in Brittany so far, the forward has scored a total of 25 goals, including 9 in 37 Ligue 1 appearances last season.

The former French youth international was signed from Amiens after a brief stint that saw him score 12 top-flight goals, in what was a return to France after a spell at Köln, who he had joined from Lille.

News of Guirassy’s links to Everton was initially broken by L’Équipe, who indicated that the Premier League team were looking to bring in a new striker in the wake of Dominic Calvert-Lewin’s injury and Richarlison’s sale.