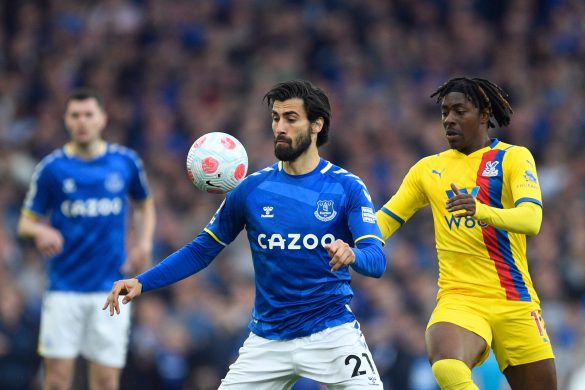 According to L’Équipe discussions are reportedly underway between Everton and Lille for midfielder André Gomes (29).

Lille are looking to strengthen their midfield which has lost Renato Sanches, Amadou Onana, and Xeka already this summer – they are looking at a last minute deal for the Portuguese midfielder who has played 90 matches in the Premier League but suffered a horrific injury in 2019 which has significantly impacted his appearances for the Toffees. He has been deemed surplus to requirements by Frank Lampard, with the club looking to move the player on late on in the window. He joined the club in 2019 for a transfer fee of £22.5m.

The former Barcelona, Valencia, and Benfica Man is an experienced midfielder, having won four trophies with the Catalan side, as well as four with Benfica in Portugal. Having earned 29 caps with Portugal he is a European champion with his national side, having won Euro 2016 in France.