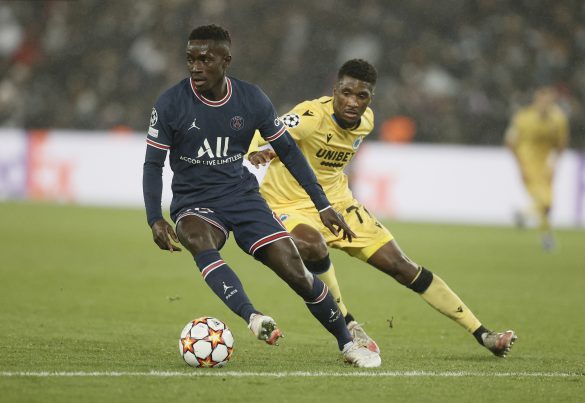 Journalist Fabrice Hawkins reports this afternoon that Everton have reached an agreement over personal terms with Idrissa Gueye, as they continue to work towards the Senegal international’s return from Paris Saint-Germain.

The former Lille man was placed on PSG’s eleven-man transfer list at the start of the summer and turned down approaches from Galatasaray as well as spendthrift newly-promoted Premier League side Nottingham Forest.

As indicated by Le Parisien, the Toffees are prepared to shell out up to €10m to re-sign the 32-year-old, while reports have indicated that the signing of Amadou Onana from Lille had not altered Everton’s plans for Gueye, as Frank Lampard wanted to sign both midfielders.

Gueye is now set to leave PSG after three years at the club, having featured regularly until midway through last season when he was dropped by Mauricio Pochettino and sparsely appeared afterwards. Overall, he will have made 111 appearances, scoring 7 goals during that time.