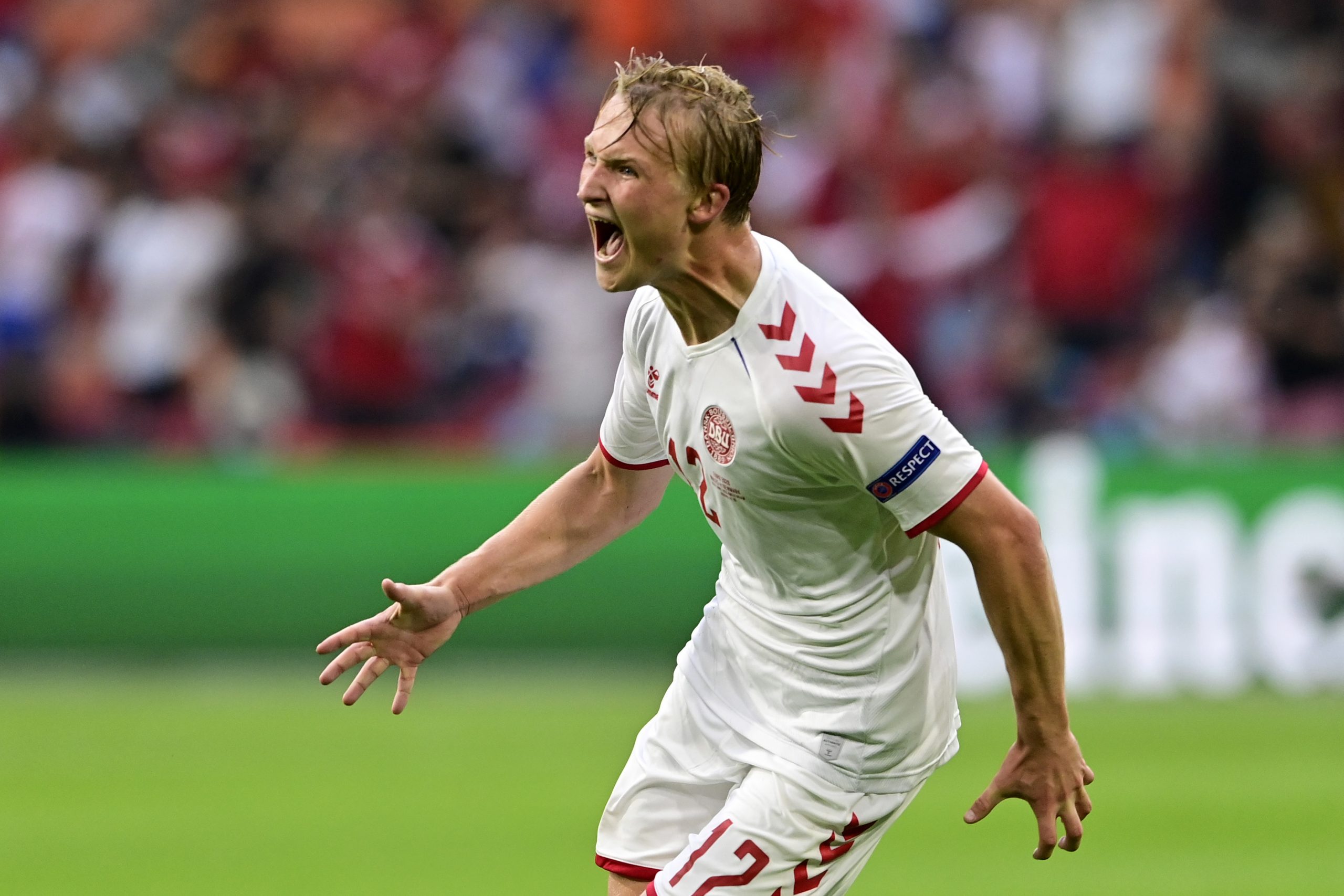 According to sources contacted by Get French Football News, Brentford have made an approach to sign OGC Nice forward Kasper Dolberg (24). The Ligue 1 side are not closed to the idea of a departure for the Danish international.

However, any decision on Dolberg’s future won’t be made until new manager Lucien Favre evaluates the player in pre-season. Favre intends to set his team up in a 4-3-3 formation next season, leaving room for just one starting centre-forward.

Last season, Dolberg often started alongside Algerian international Andy Delort (30) in the 4-4-2 system deployed by Christophe Galtier. Delort finished the last campaign as Nice’s top scorer in Ligue 1 with 18 goals, including a hat-trick on the final day of the season, which clinched Europa Conference football.

After arriving from Ajax for just over €20m in 2019, Dolberg has largely underwhelmed at Nice. He has scored 24 goals in 85 appearances for the Riviera club, but only registered 6 last season. Nice are also reportedly looking to sign another, more experienced striker. The club have been linked with moves for Edinson Cavani (35) and Alassane Pléa (29). The latter played under returning manager Favre at Nice and enjoyed the most prolific league campaign of his career under the stewardship of the Swiss coach.

Amine Gouiri (22) looks set to feature on the left of the front three, despite repeatedly expressing a desire to play as a centre-forward during Galtier’s tenure.

With the club reportedly targeting more experienced centre-forward targets and with only one starting spot now available, Dolberg isn’t considered untransferable, although any concrete decisions will be taken after Favre’s pre-season evaluation of the player.