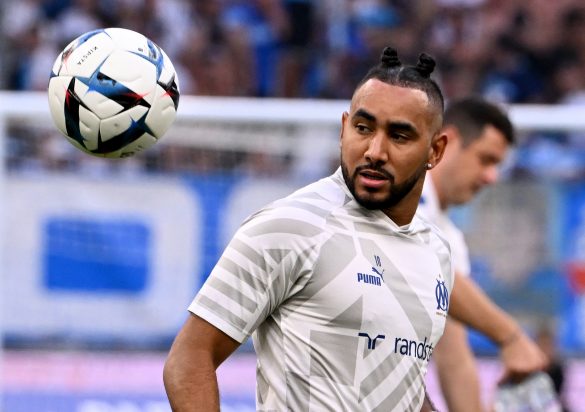 According to sources contacted by Get French Football News and confirmed by RMC Sport  Marseille’s coaching staff are concerned by Dimitri Payet’s fitness, and think the player has returned overweight over the off-season.

According to a player with knowledge of OM’s dressing room, the Frenchman’s output has been inconsistent during training, explaining that “sometimes in training he’s really up for it, and then sometimes not at all”.

Meanwhile, sources also add that Igor Tudor’s coaching staff are aware of the influence that Dimitri Payet has in the dressing room, and recognise that the Croatian boss and the club’s captain have to have a strong relationship in order to have a successful season.

Payet has been on the bench in both of Marseille’s first two games thus far, seeing the ball very little during the last quarter of OM’s 1-1 draw on Sunday in which Les Olympians failed to impose themselves upon a battling Brest side.

Payet was also part of a delegation of disgruntled players who met manager and club President Pablo Longoria at the beginning of August during which concerns over Tudor’s harsh management style were aired.

The meeting lasted around 100 minutes and opened with president Pablo Longoria addressing the squad, reminding the players of the importance of the collective and the responsibility that comes with playing for a club like Marseille.

Longoria was keen not to let rising tensions get out of hand after various players had complained over Tudor’s confrontational style and extremely intense pre-season.