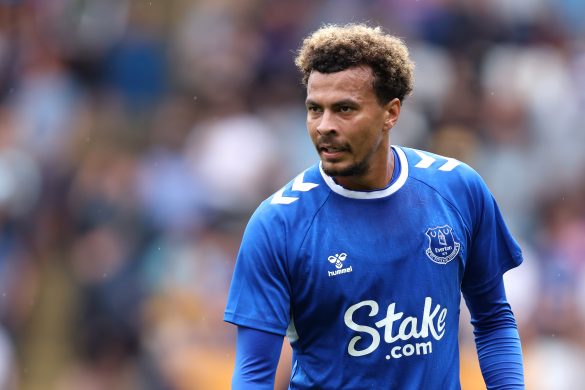 AS Monaco sporting director Paul Mitchell, who is credited with “discovering” Dele Alli (26) and bringing him to Tottenham Hotspur in 2015, believes that his rumoured move to Beşiktaş could see him rediscover his “rhythm.”

Despite only moving to Everton in January, Alli is rumoured to be on the cusp of a move to the Turkish top flight, according to Foot Mercato. Speaking to Luke Entwistle, Mitchell responded to reports linking Alli with a loan – with a purchase option – to Besiktas.

He said, “Obviously, I know Dele very well. He is a phenomenally talented footballer. He seems to have just lost a bit of rhythm at this moment of time in his career. I don’t think his quality is ever in doubt. I think he’s looking for that place where he can rediscover his best form. It happens in people’s careers, it happens in players’ careers. If Dele thinks he needs that turn of pace, that new chapter, that new platform, even a new culture to reinvigorate his best performances, then I’m a big supporter of that. I like every England fan wants to see him at his optimum level.”

On his time at Everton, he said, “It doesn’t really seem like he’s found his best form at Everton. For me, as an England fan, I see the potential that he still has and the qualities he still has. I’ve known Dele since he was 11 years old, and he has always been that player that the bigger the challenge, the bigger the platform, the better he responds. By challenging himself on the global stage hopefully, that can bring him back to his best.”

Asked what needs to change to allow Alli to bounce back, he said, “I think every player, no matter how confident they seem on the outside, still needs a level of confidence and security around them to find their best form. I think once he has that, once he feels that, in the right context then I think we can see him back to his best. As a massive fan and someone who has watched him since schoolboy ages, and takes active participation in looking at his career, and wishing the best for him, I hope this move will bring him back to the top level.”