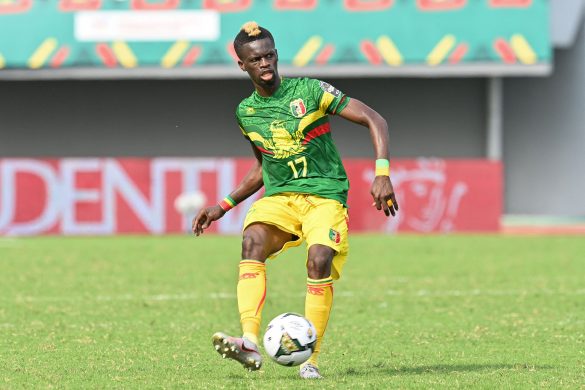 According to Foot Mercato, Montpellier have reached an agreement with Portuguese side Vitória Guimarães over the acquisition of Malian international defender Falaye Sacko (26). Having had his first taste of French football with recently relegated Saint-Étienne via a 6-month loan deal, the right-back is set to return to Ligue 1 through a second loan, this time to MHSC, which includes an obligation to buy.

Despite a knee injury, which kept him out for the month of April, Sacko made a good impression at Saint-Étienne, starting almost every game for which he was fit. Having played both legs against AJ Auxerre, the Malian was unable to prevent the Forez club from dropping into the second division.

Having left his home country in 2015, the right back has spent time in Hungary and Belgium, before joining the Vitória Guimarães reserves in 2016. Internationally, Sacko has accumulated 28 caps, but has not been recalled since Mali’s Africa Cup of Nations elimination to Equatorial Guinea in January.

The player is expected to come for his medical in Montpellier this week, with the deal being completed in spite of interest from Italian side Torino.