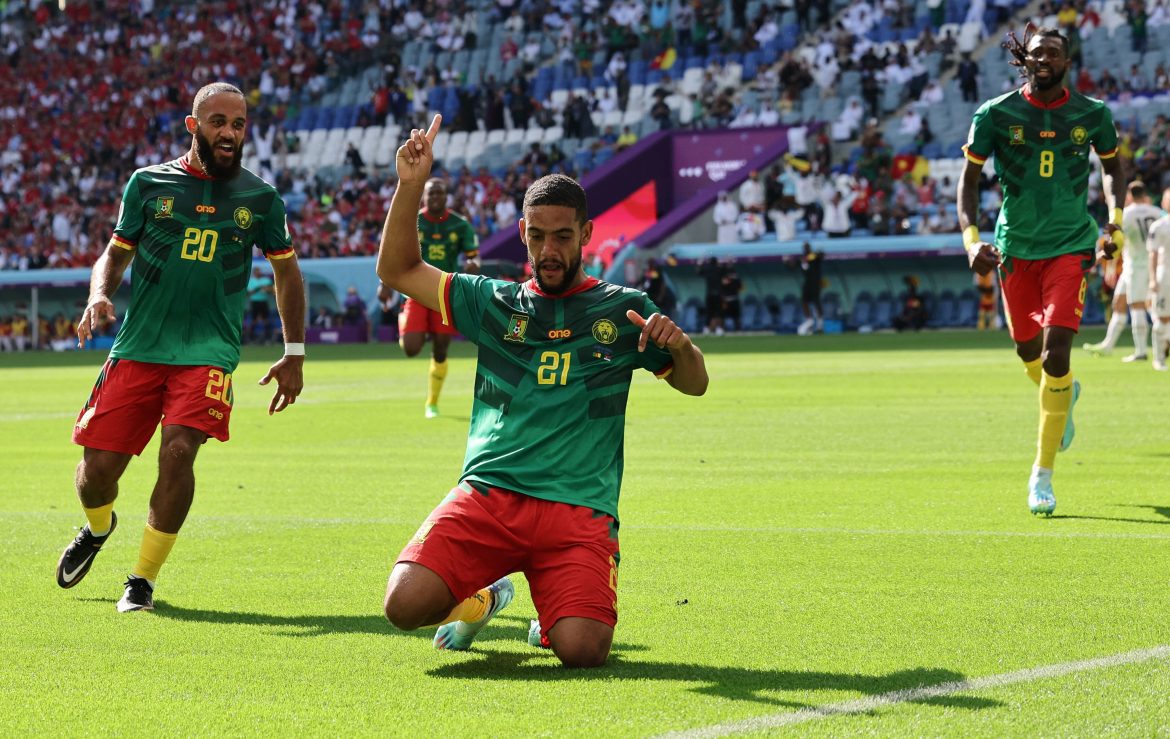 FC Nantes Center back, Jean-Charles Castelletto, continued his excellent form against Serbia. The defender not only scored his first goal in the World Cup, but the first goal for his country. He also came up with an assist to Vincent Aboubakar for Cameroon’s second goal.

The Nantes defender has been a force defensively. In Cameroon’s first two matches Castelletto was tasked with marking Serbia and Switzerland’s most dangerous attackers. Not only was he the man for the job, but he was also able to show his quality on the attacking side of the ball against Serbia. This type of World Cup performance draws the attention of big clubs.

The final goal in the match to draw against Serbia, who were leading 3-1 by the 53rd minute, was scored by Eric Maxim Choupo-Moting. That vital one point gave Cameroon life in their group. While many will see their next match against Brazil as impossible, Cameroon are up for the challenge.

The former PSG man said after the match, “Nothing is impossible, we will give everything against Brazil, one of the best teams in the world. We are hot for this match, we are tired but from tomorrow, we will focus on this match“

Cameroon will need to do more than win to advance. Castelletto and Cameroon will most likely hope for Brazil to take the full 3 points against Switzerland. If the Nantes defender can continue playing at this level on the big stage he may have more to celebrate than his first World Cup experience.