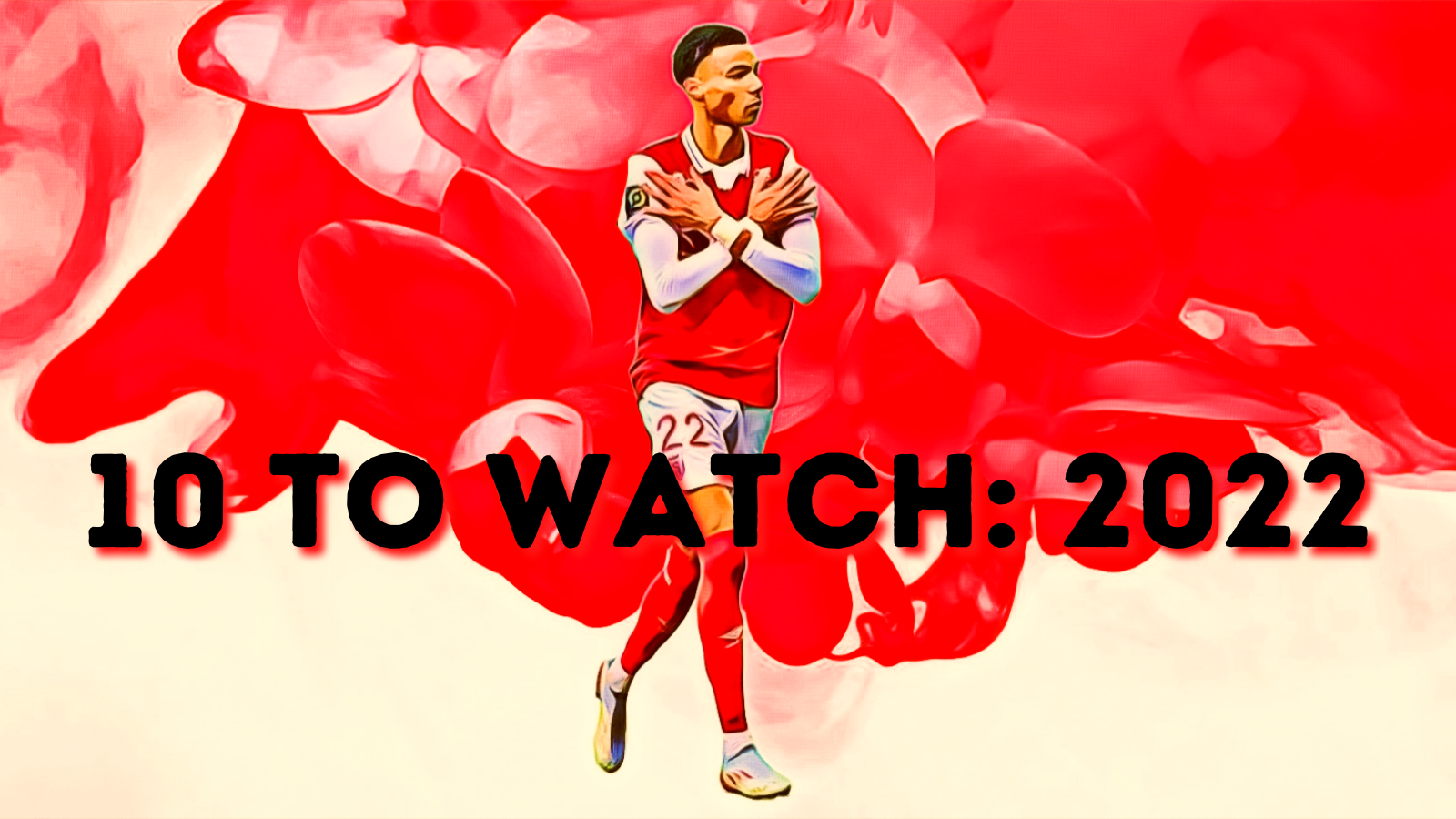 The 21-year-old has often kept out €20m summer signing Loïc Badé out of the Brittany side’s starting XI. Bruno Genesio’s faith in the youth academy product, who has been at the club for six years, is not unfounded. The poise applied to his passing and unteachable ability to read the game are impeccable. He also has a unique, nascent understanding of how to use the limited physicality that he does currently possess to great effect through shielding in set piece scenarios.

With 8 goals in the first half of the Ligue 1 campaign, no teenager in Europe’s top 5 leagues is more proficient in front of goal this season. After an unlikely short loan-spell at Danish side Vejle Boldklub last season gave him the perfect springboard to carve out a spot in the Reims starting XI under Oscar Garcia. With a physique and running style that reminds many of Kylian Mbappé, Ekitike will be critical to SDR’s attempts to avoid relegation. If he can take advantage of his height more and add heading to his arsenal, Ekitike will be frighteningly well-rounded for his age.

Gusto’s physique, attacking verve, all-action defending and focused attitude, as well as the fact that all those attributes have a long way to develop, make the teenager a rare talent. Gusto began his youth career as an attacking midfielder, explaining his sangfroid on the ball and inventiveness going forward which full-backs formed from the start of youth level tend not to have. Peter Bosz has taken a liking to the teenager, who in 2022 will surely earn more first team chances as French international Léo Dubois continues to face fitness issues and generally waning of form.

After years of his progression being hampered by not being given opportunities at Nantes but not achieving a move away, it was only this summer when his contract with Les Canaris ran down that the 21-year-old has been able to put a stamp on Ligue 1 in a defensive midfield role under Gérard Baticle at Angers. A centre-back at youth level, his considerable height has not prevented him being retooled as a #6 to great effect. With an eclectic mixture of verve and energy, Mendy has improved drastically in his reading of the game and kickstarting moves from the base of the midfield.

A free transfer in summer from Nancy, Lens have found the long-term replacement for Loïc Badé expertly well, with Wooh starting to install himself at the centre of the back three in Franck Haise’s 3-4-1-2 shape. Haise, who is an expert at slowly integrating new signings into his system so that they can explode with great effect, see Séko Fofana, is the best manager in the division to enable Wooh to become the next Ligue 1 stalwart defensive talent.

Wahi’s livewire running style, paired with an uncannily premature ability to make sensational late darts into the box, make him one of the most exciting attacking talents in Ligue 1 as we head into 2022. Pacey and with an excellent change of direction, a first look at Wahi and you would think he is a winger. However, combine these attributes with an impressive heading ability and him working diligently to put an arsenal of different shot types in his locker,the teenager must aim for 15 goals in French football for the calendar year. To achieve this goal, he must improve his composure and lean back less when taking shots.

The Austrian youth international central defender’s swashbuckling style is unique and must be further nurtured into 2022. One of the best young interception-focused defenders in the division, his standout performance in March during a 3-0 win over Marseille encapsulated all of his best qualities. Versatile and able to fill in at right-back because of his speed, his intelligence in stopping opposition attacks is paired with real improvements in his distribution which have occurred this year when he has been given the chance to play alongside Jean-Clair Todibo over elder statesman Dante.

So complete and effective in both boxes is Truffert, that the 20-year-old convinced the Rennes board that they could dispose of the more senior French youth international Faitout Maouassa in the left-back position because Truffert was totally ready to take on the starting berth himself. In 2021, Truffert learned to over-extend himself a little less in attacking phases to compensate for the fact that his defensive partner at left-sided centre-back in this Rennes team has changed hands a number of times over the course of the year. In 2022, he will want to focus on improving the accuracy of his crosses from the by-line, to ensure that they are as consistently potent as his crosses from deep.

The emergence of Dieng is a major vindication of Marseille’s strategy of striking up an exclusive partnership with the prestigious Senegalese football academy, Diambars, which is where the 2000-born forward hails from. Dieng’s eye for goal is natural and unquestionable, what has been more pleasing and surprising in his first months of French senior football is his tenacity in counter-pressing, a major requirement of attackers under Jorge Sampaoli’s reign. He has built some strong early chemistry with Dimitri Payet, a fact that will not be lost on Arkadiusz Milik as the Polish international looks over his shoulder in his battle to keep Dieng out of the starting XI.

The Portuguese defender announced himself to the world of French football at the start of 2021, deputising in right-back and centre-back positions for Lille as Christophe Galtier was able to ensure that absentees through injury did not derail the club’s journey an historic Ligue 1 title. Djaló’s power and physicality is frightening and a major asset, going toe to toe with Kylian Mbappé and Neymar and coming out on top this year because of those qualities. With Sven Botman leaving in summer, Djaló will become the defensive centrepiece for LOSC going forward. In the meantime, he will want to work on his discipline when it comes to keeping a straight line in the rare offside traps that LOSC set up as they continue to be a largely sit deep, counter-attack side.