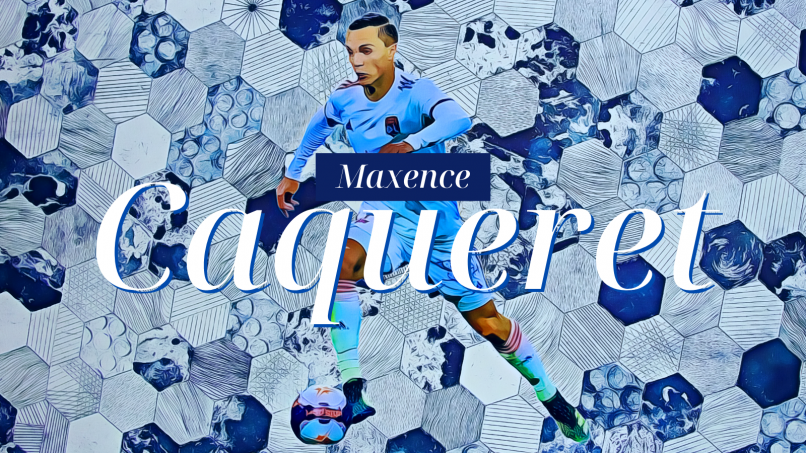 2020 witnessed the incredible rise of Lyon midfielder Maxence Caqueret. The Frenchman’s emergence in the Champions League coincided with Rudi Garcia’s side going as far as the semi-finals of the competition after eliminating Manchester City and Juventus. Caqueret was seen as a main protagonist of a memorable campaign, as Les Gones upset the odds in a competition increasingly dominated by the superpowers of the sport. Naturally, Caqueret caught the attention of many.

With that build-up and subsequent expectation, 2021 was going to be a vital year in Caqueret’s fledgling career, especially considering the backroom changes and instability around his club. Even though the year was not going to define the Frenchman, it was expected to say a lot about his progression and eventual destination.

It would be unfair to compare Caqueret’s 2019/20 campaign to any other season that he’s had so far in his career. It was his first-ever season as part of the club’s first team and it’s easy to forget that the 19-year-old version of him played just three games in the Champions League that year while playing less than 600 minutes in Ligue 1.

He excelled within that small sample size and, as generally happens, that small sample size placed a weighty, perhaps unfair, amount of pressure on the midfielder’s young shoulders. He, like many young players before him, was expected to match those levels every following season. Development, however, isn’t always linear.

In truth, Caqueret hasn’t had an exceptional year. But that doesn’t mean that he hasn’t been very good a lot of the time. With Lyon having lost talisman forward Memphis Depay for free to Barcelona and left-sided player Maxwell Cornet to Burnley, there was room for more players to grow in stature under a new manager in Peter Bosz who has made a name for himself in helping burgeoning talents to flourish at more than one club. And arguably, now, Caqueret’s profile stands above the much more lauded Houssem Aouar’s.

Under Bosz, Caqueret has been a regular beside Bruno Guimarães in a double pivot midfield, their technical ability helped as the pair swap between roles of sentinel and instigator. Caqueret’s positional sense and ability on the ball makes him a good fit for the more defensive midfield role but his impressive ability to progress the ball through central areas from deep makes him an even better man to fill the slightly more advanced role next to Guimarães.

Across the first 18 Ligue 1 matchdays this season before Christmas, the Frenchman played 6.23 progressive passes per 90 minutes putting him in the 91st percentile across Europe’s big five leagues. He also excels in the art of carrying the ball forward in a progressive manner, allowing Lyon to break lines quickly, and Bosz has historically been the sort of manager who likes his teams to progress through the lines at pace.

While Lyon haven’t really glittered as a Peter Bosz side can just yet, because of a lack of consistent pressing, Caqueret has nevertheless been the best presser at the club, bar the scarcely used Tino Kadewere, with a tally of 24.7 pressures per 90 minutes as of mid-December. Lyon’s league position of 13th is certainly an underperformance considering their squad quality and that they generated the fifth-highest xG in the first half of the season in Ligue 1.

Bosz’s Bayer Leverkusen and Dortmund sides were never great defensively either but that hasn’t stopped Caqueret from proving defensive attributes. Over the first half of the season he was in the top five leagues’ 96th percentile for tackles won per 90 minutes and he’s actively involved in interceptions too. More than anything, his reading of the game and positioning has proved vital in bringing through these strengths on the pitch. While there was criticism aimed at Caqueret over his alleged inability to create, the Frenchman has now begun to cover more distance than he did in the past. He isn’t just a right-sided operator anymore and his range has certainly expanded.

That could certainly be the first step towards becoming more of a creative influence and, with that, Caqueret could start to live up to comparisons with Marco Verratti, who excels at just about everything on the pitch. The likes of Guimarães and Aouar are much older than Caqueret and are much better in terms of chance creation in the final third, but that’s normal considering the gap in experience and progression.

Since the 2019/20 campaign, he’s become ever more reliable and has grown in stature while taking on more responsibility and showing that he’s plenty mature for someone who’s still just 21. Perhaps, that’s the biggest compliment that can be paid to a player who’s at one of the most demanding clubs in the country. Even though there’s still been limited consistency to Caqueret’s performances in the last year, there’re also many signs that he can soon become a more consistent performer. It’s fair to say that Guimarães is arguably closer to joining a bigger club than Caqueret because of how he’s grown since joining Lyon, but the Lyon local is very much on the right track.