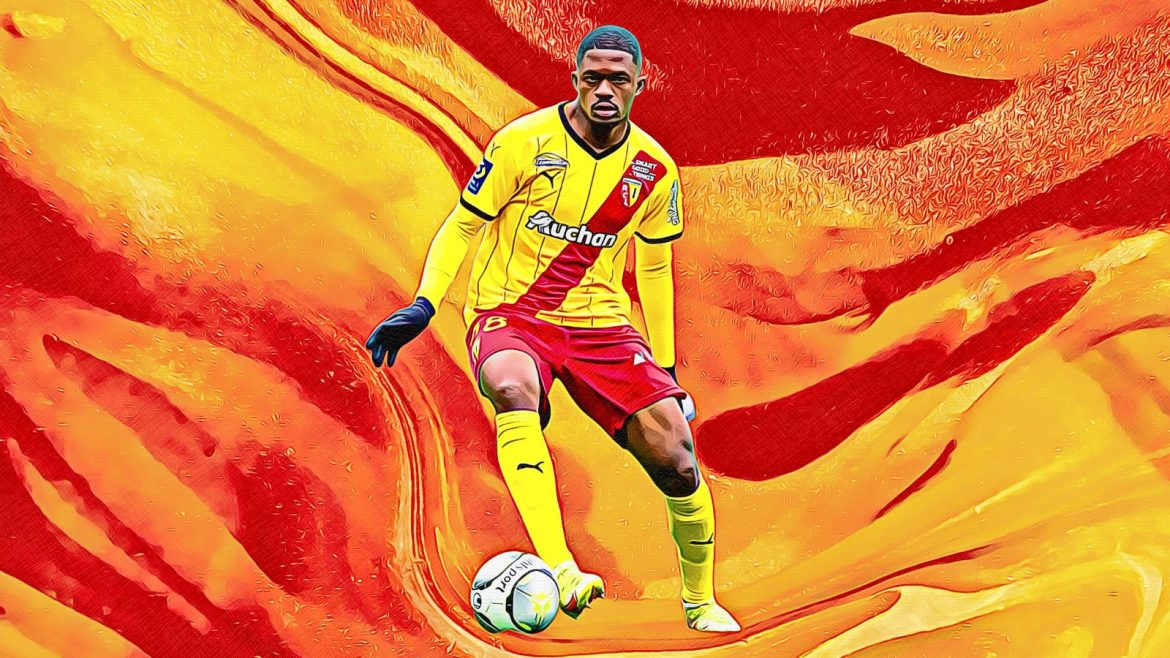 “He works in the shadows,” explained Lens midfielder Seko Fofana. “He’s incredibly complete in what he does.” Crystal Palace’s new arrival from Lens, 22-year-old Mali international defensive midfielder Cheick Doucouré, isn’t the type of player to race around midfield as an enforcer, intimidating his opponents. Instead, he’s a low-key presence who efficiently and intelligently exerts his influence on games, allowing others to flourish. However, after two seasons in Fofana’s shadow, he’s ready for things to change.

Despite that low-key persona, the Malian’s capacity to multi-task without being flustered is perhaps his greatest asset. As the midfield pivot in Lens 3-4-1-2 set-up, Doucouré and his more attention-grabbing partner Fofana are often left alone and outnumbered in Ligue 1 midfield battles. Gaël Kakuta, often the attacking number ten ahead of them, rarely tracks back to bolster the barricades while attacking wing-backs Jonathan Clauss and Przemysław Frankowski don’t often shuffle inside.

Fofana’s all-action, dynamic style is the opposite of Doucouré’s calm and precise on-field demeanour, but Fofana can only play destroyer, dynamo and creator all at once because of the security his teammate provides as a sentinel. Theirs has been a crucial relationship for Franck Haise’s finely-tuned, energetic side in two impressive seventh-place finishes in Ligue 1 since promotion back in 2020.

Announced as the latest GFFN 100 winner in January, despite being a central midfielder, Fofana incredibly managed the third most shots in Ligue 1 last season and his tendency to support attacks often leaves Doucouré on his own in midfield but Lens are no less solid as a result, thanks to the 22-year-old’s ability to hold down the fort all by himself.

Recently describing him as “irreplaceable” and “one of the best players I’ve ever played with” upon the confirmation of Doucouré’s move to London, Fofana takes every chance to highlight his partner’s role in his successes. “He’s a complete player,” Fofana told GFFN last season. “He knows how to shoot from long-range, he knows how to make the final pass, he knows how to break the lines, he knows how to dribble. He doesn’t feel pressure zonally when maybe you should clear the ball or dribble. He’s strong defensively, and for me he has all the qualities to play at the highest level – I would even say that he is more complete than me sometimes. It’s a pleasure to play alongside him.”

That ability to pick passes while expertly sweeping up in front of Lens’ back three is underlined by the fact that Doucouré won the third most tackles in Ligue 1 last season while finishing sixth for through balls. Also making the fifth most progressive passes in France, as well as the seventh most passes into the final third, Doucouré’s strength in carrying the ball is shown by a total of 225 progressive carries last term, the seventh most in the division, according to FBRef.

Not 23 until after Christmas, Doucouré’s maturity has been the most striking aspect of his rise in France. Having joined Lens, then in Ligue 2, from Malian club Real Bamako in 2018, the midfielder asserted himself swiftly in the Lens first team at just 18. As a result, he’s already tallied 131 senior outings for Lens, scoring eight goals and assisting seven more, across all competitions, accruing eight Mali caps in the process.

Despite often falling into Fofana’s shadow as a more under-the-radar influence on his team, there are signs of a more domineering, controlling midfielder starting to emerge too. Down to ten men at 0-0 in the first half against OGC Nice last season, Doucouré’s use of the ball and ability to start and carry counterattacks, not to mention a refined curling finish from the edge of the area, led Lens to a smash-mouth 3-0 win. A deft through ball to assist Arnaud Kalimuendo’s third completed one of the best individual displays of the season.

Although the unfazed Doucouré should be ready to assume responsibility at the heart of Palace’s midfield from the start of the season, at just 22 his €27.6m transfer fee is also an investment for the future. Already an all-around performer, despite his traditionally low-key style, Dourcoure’s potential to become a leader and the complete defensive midfielder in the Premier League over the next few seasons is clear. He’s unlikely to remain in the shadows for much longer.