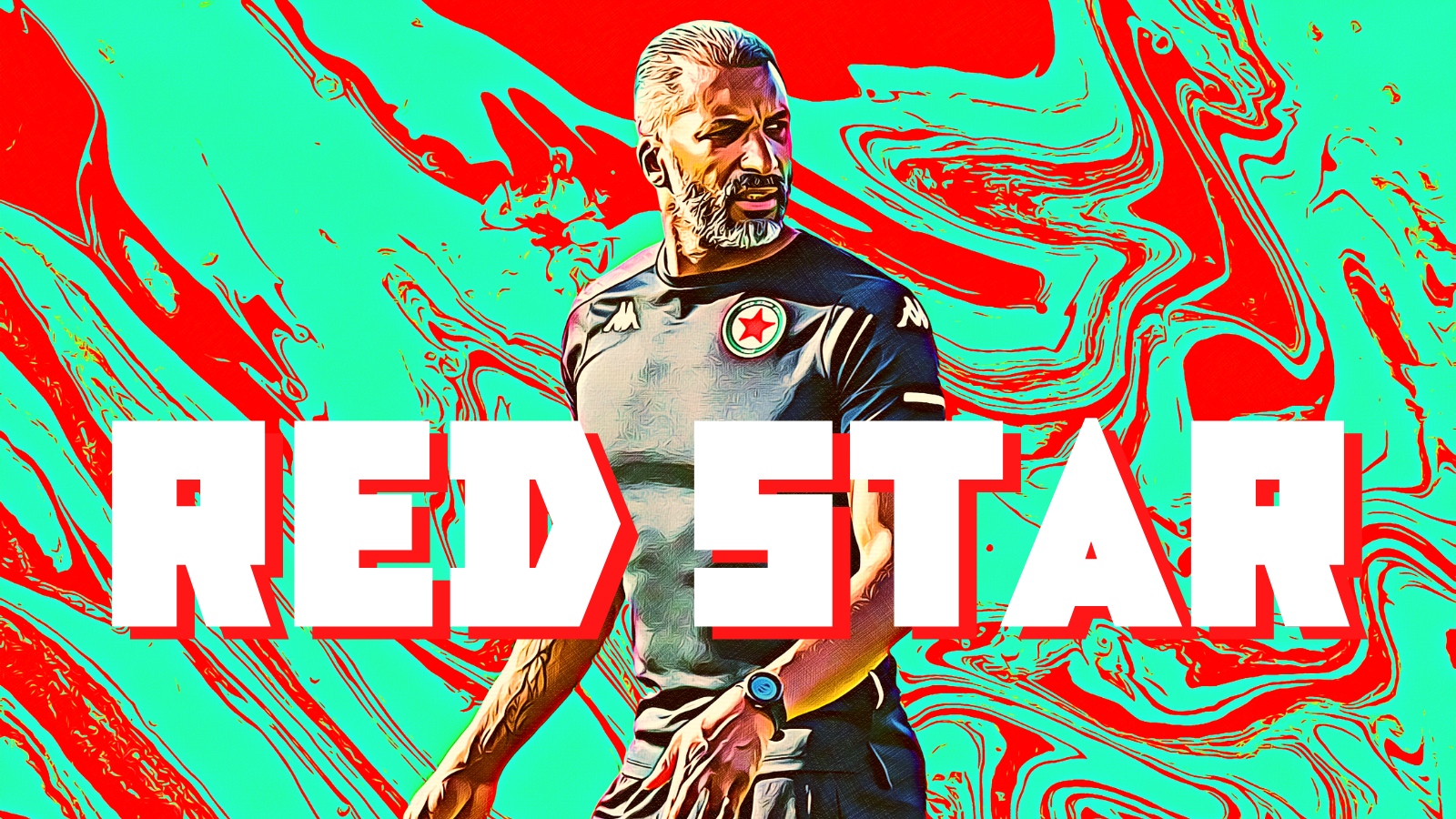 A fourth season in France’s third tier beckons for Red Star FC in what will be the first full season for former Newcastle and Aston Villa man Habib Beye to have a shot at promotion to Ligue 2. It will be a tough ask, as this season’s National 1 will not feature any promotion-relegation play-off in third place: a top-two finish is the only route to the second tier.

A new era dawns in the Parisian suburb of Saint-Ouen, where Les Audoniens will commence their first season under the ownership of 777 Partners following a controversial and fan-contested takeover last spring. Whilst the dust has somewhat settled on the conflict between the fans and the American investment firm – Red Star fan groups are taking aim at club president Patrice Haddad this season, hoping to see an end to his 14 years in charge of the 125-year-old football club.

During pre-season Red Star players were surprised to meet fans in the Alps following a friendly against Grenoble where members from the Rino Della Negra Stand reiterated their 100% support for the team ahead of the season. The players were informed that any potential contestation during the year ahead is purely aimed at Patrice Haddad and 777 Partners – not to the detriment of the team’s performances.

Thus the explosive scenes leading to the abandonment of last April’s home game against FC Sète are unlikely to be repeated, bar any major revelations on the American investment firm that also own Genoa, Standard Liège, and Vasco de Gama.

Amongst the backdrop of the supporters’ continued struggle for their football club, Habib Beye has been steadily and meticulously working towards the new season with sporting director Reda Hammache and Red Star’s recruitment department over the off-season. The former Canal+ presenter’s thinking behind Red Star’s pre-season was to test the players physically and mentally against opponents that were either ahead of them in terms of fitness, or league position.

Therefore his side were challenged by the likes of Ligue 2 Paris FC and Grenoble, with an impressive display against newly-promoted Ligue 1 side AJ Auxerre in a narrow 3-2 defeat which saw an impressive second-half fightback. Whilst it’s important to highlight that these are only pre-season results, it offers a great deal of insight into the rigorous mental expectation that is placed on the team by the manager.

A summer of change, but continuity where it’s needed most:

An increase in the club’s squad budget, which is now estimated at around €4m, has meant new faces have been brought in help soften the blow of some important departures. Last seasons’ National 1 top scorer Pape Meïssa Ba (24) moved to Ligue 2 Grenoble early on in the window in an expected move after impressing with 21 goals in 33 appearances for l’Étoile Rouge.

Midfielder Mayoro N’Doye (30) also left the club to join recently relegated AS Nancy, with long-term goalkeeper and former France U20 champion Paul Charreau (28) also departing to join Amiens SC. Tricky attacking midfielder Owen Maës (23) joined CS Sedan on a free transfer in what was one of the more surprising departures of the transfer window.

For the time being,  the club has managed to avoid the potential departures of former Birmingham City midfielder and club captain Cheick N’Doye (36) as well as Red Star’s key winger Damien Durand (26). Both players are vital for a promotion push but the transfer window is still in motion – with clubs reportedly still interested in both players.

Beye has been backed in the transfer market:

In terms of key recruits for Red Star, permanent deals for both Moussa Guel (23) from Ligue 2 side Valenciennes and Fodé Doucouré (21) from Ligue 1’s Stade de Reims offer a vital sense of continuation and youthful energy in midfield. Guel’s driving runs from attacking midfield or the winger’s position terrorised defences in the league last season with an ability to also shoot from range. Red Star’s midfield has also been bolstered by Orleans midfielder Fred Dembi (27), who offers something a bit different in his quarter-back like positioning and defence-unlocking long passing range.

After the departure of Meïssa Ba the club has tried to bolster its frontline. The permanent move of Issouf Macalou (23) is promising – pace and dribbling ability are his key attributes as seen in his National 1 ‘goal of the season’ whilst on loan to Le Mans last season. Number 9 Alioune Fall (27) is also an intriguing figure signed from Bulgaria’s top tier.

However, by far the most important of these signings will be Achille Anani (27) from Ligue 2 Grenoble who joins on a permanent deal. The Ivorian is more than capable of scoring goals at National 1 level, having been the league’s top scorer during the interrupted 2019/20 season with 15 goals at FBBP.

Little room for failure in the third tier:

Due to the restructuring of Ligue 1 and Ligue 2 from 20 to 18 clubs, the National 1 will feature six (yes, six) relegation places down to National 2. A new sense of jeopardy is added with the promise on the horizon of a potential full professionalisation of the division (which is currently semi-pro) from 2024/25.

Therefore, there is little margin for the kind of poor first-half season results which saw Red Star at the wrong end of the table last season. It makes a good start in the league more vital than ever for Habib Beye’s side. In his first seven months,  the Red Star boss has shown tactical promise –  yet this season will truly define the former defender’s career at one of the Parisian region’s oldest football clubs.