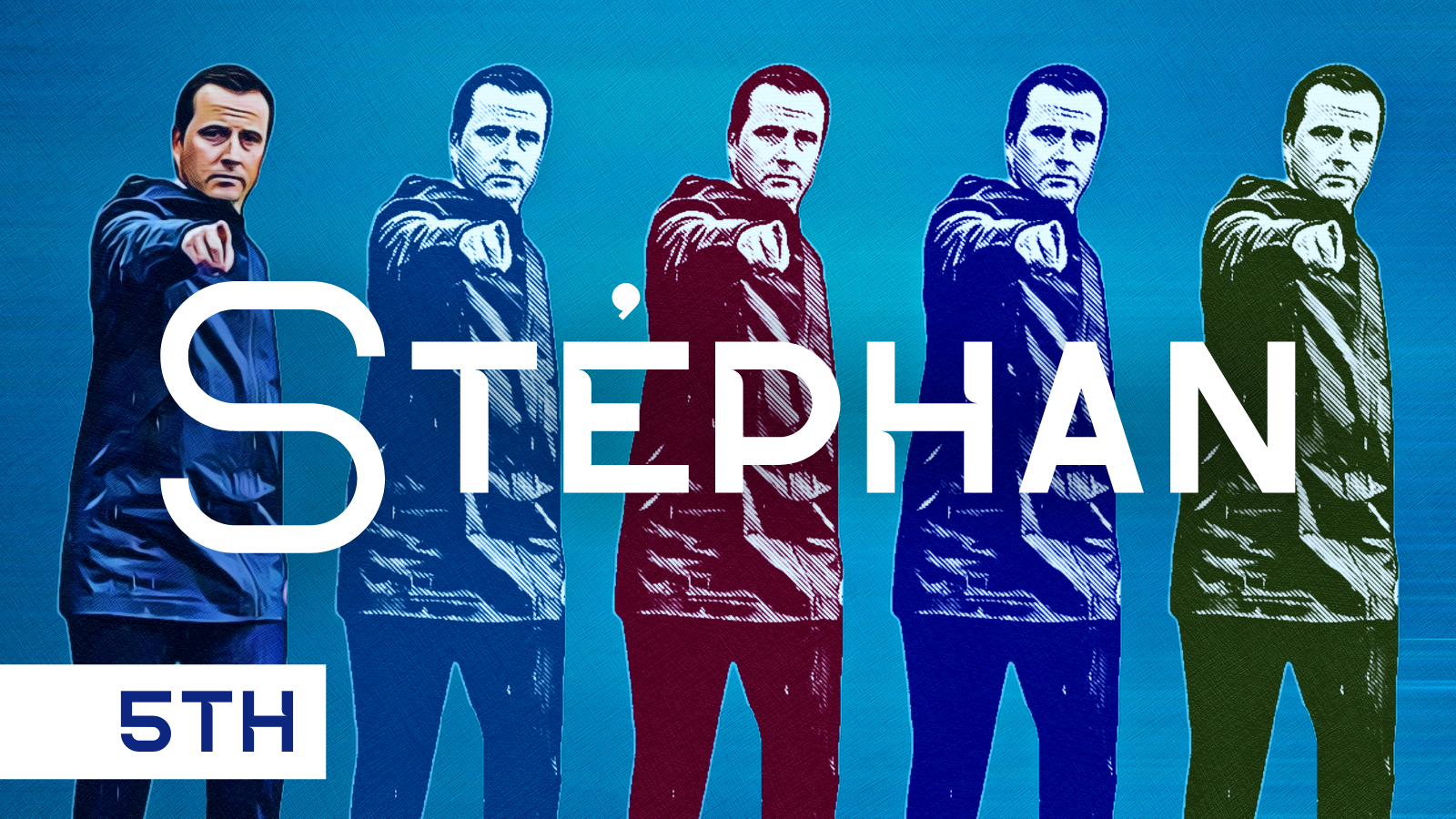 Julien Stéphan’s Strasbourg were undoubtedly one of the stories of the season in Ligue 1. The side from Alsace, took their push to Europe down to the final day. Even though Nantes’ win over OGC Nice in the Coupe de France final made their route into Europe slightly harder, requiring a fifth-place finish – had Nice won the trophy, coming sixth behind Nice would have sufficed.

Not to slight previous manager Thierry Laurey, who currently manages Paris FC and achieved a Ligue 2 playoff spot in his first season at the club, but Stéphan completely transformed this Strasbourg side from almost the moment he arrived. Strasbourg’s early-season form propelled them into the European places at the midway point of the season. At the time, many continued to dismiss this as a lucky streak which would surely end at some point, leaving Strasbourg with a respectable mid-table finish. Which would be no small achievement considering they just avoided the relegation playoff place on the final day of last season.

Nevertheless, with one game to go, after Nice’s loss at home to Lille, it was all in Strasbourg’s hands. Bettering or matching Nice’s result at Reims on the final day would have guaranteed Conference League football. If they won and Rennes lost, they would have been playing in the Europa League. Only after Monaco’s comeback victory at Brest on matchday 37 were the Champions League places mathematically impossible to reach.

Stéphan had a short playing career before starting his managerial journey aged just 28. Born in Rennes, he had spells playing in the youth academies of Lyon and Bordeaux before eventually landing a contract at Paris Saint-Germain. He would make six appearances with the PSG reserve side in the CFA (fourth tier) before being released in 2001.

After this, he would not play in the professional game again, playing a season with Toulouse in National, a season with Racing Club de France and two with Stade Briochin, before ending his playing career after three seasons at FC Drouais in the CFA2 (fifth tier). During his time with Drouais, he completed a master’s degree at the University of Rennes in Science and Techniques of Physical and Sports Activities and was also head coach of their under 19s set-up.

After putting an end to his playing career in 2008, he decided to continue coaching youth teams, signing as under 15s head coach at then-Ligue 2 side Châteauroux, a position he held for two years before joining the Lorient under 17s coaching team. In 2012, he signed with fellow Breton side and boyhood club Rennes as under 19s manager. Three years later, he was promoted to reserve team coach.

In December 2018, after a string of poor results, Rennes first-team manager, Sabri Lamouchi (a familiar name to Nottingham Forest fans) was sacked, and Stéphan was given the role of interim coach after six years with the club’s youth teams. His first taste in management at senior level would go entirely to plan, with two wins from two against Lyon and Dijon before he was offered the managerial role on a permanent basis.

Stéphan would lead Rennes in a historic season, beating Real Betis on aggregate in the Europa League last 16 and Arsenal 3-1 at Roazhon Park in the quarter-finals. Rennes also managed to win their third Coupe de France title by beating PSG on penalties, their first in 48 years, which also qualified them for the following season’s Europa League. At the point when the 2019/20 season was curtailed due to COVID-19, Rennes sat in third, qualifying them for their first-ever Champions League group stage campaign. The following season did not go as smoothly for Stéphan, however. After four straight defeats, and seven without a win, he resigned in March 2021.

After a couple of months of rest, it was announced in May that Stéphan was to become the next manager of Strasbourg. His first win in a competitive game came on matchday four earlier this season, a 3-1 win at La Meinau over Brest. Stéphan has received a lot of praise for his style of play, always looking to attack, with no detriment to his team’s defence. Over the first half of the season in particular, it was Strasbourg’s attack taking the credit for their performances. By February, only PSG had scored more goals (51 to 45).

However, since then, the goals haven’t completely dried up, but they are certainly less frequent. Over this more recent period, it’s Strasbourg’s defensive unit that has stepped up. The boys from the banks of the Rhine went on an 11-game unbeaten run from February 6th to the 1-0 loss at Lille on April 24th, conceding only six goals in that time.

Stéphan’s ability to change games from the side-lines has not gone unnoticed either. Strasbourg’s draw with PSG in April demonstrated the team spirit flowing through the whole squad and Stéphan’s guile when it comes to which substitutions to make, and when.

Strasbourg went into halftime at 1-1, a little frustrated to not be leading considering they had the better chances. On 68 minutes, Kylian Mbappé looked to have sealed the win for PSG with their third but Stéphan had other ideas. He made three substitutions before the restart, and within six minutes Strasbourg had a goal back through Habib Diallo, which deflected in off Marco Verrati’s knee. In the 82nd minute, Stéphan made his fifth and final substitution before, in the 90th minute, Anthony ‘Titi’ Caci, playing for his hometown club, thumped home a volley from Racing legend Dimitri Liénard’s cross to make it 3-3, sending La Meinau into raptures. Both goals were scored by substitutes.

Stéphan’s Strasbourg have been a more than surprising package this year in Ligue 1, and even though they missed out on European football after their disappointing 4-0 final day loss at the State Vélodrome, their sixth-place finish remains Strasbourg’s best league campaign in recent history and their best league position since they won their one and only Ligue 1 title in 1980.