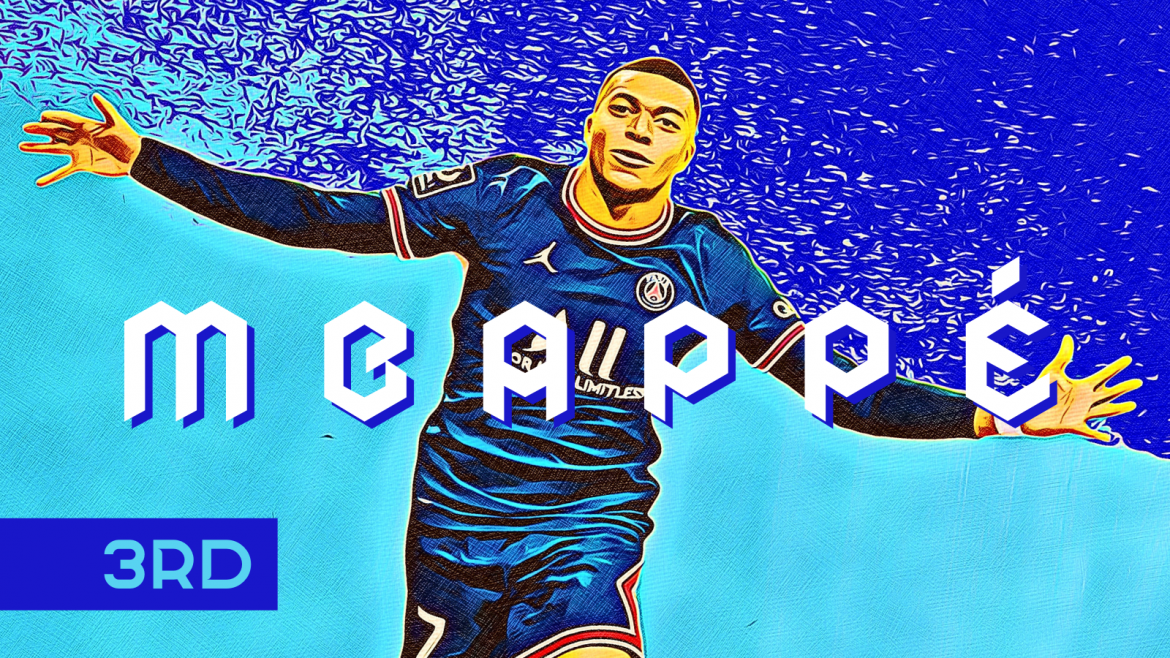 It’s astounding that Kylian Mbappé, who doesn’t turn 24-years-old until December, currently sits second in PSG’s all-time scoring charts with 171 goals. Not only does that attest to the Frenchman’s quality, but it’s also a symbol of how reliant Le Parisians have become on their superstar.

However, Mbappé may not have the trophy haul to justify a claim to be European footballer of the year. He was a part of a side that lost the Trophée des Champions to Lille and that fell meekly in the round of 16 in both the Coupe de France to Nice and the Champions League to Real Madrid and Karim Benzema.

Indeed, the 2021/22 season has been one of the flattest and most disappointing in the Qatari era after expectations were set so high following the summer transfer window. Goalkeeper Gianluigi Donnarumma has played only half the games, Sergio Ramos just a handful and Lionel Messi has fallen well short of the form he displayed over the past decade at Barcelona. Yet all these poisons mixed to send the boy from Bondy to the next level. Across the Champions League and Ligue 1, Mbappé has scored or assisted 65 goals across all competitions, which puts him ahead of Robert Lewandowski (57) and Karim Benzema (59) this season.

That output has been Mauricio Pochettino’s lifeblood, as the Argentine took four to five months of the season to build any proper functionality in his side, and often relied on individual quality. Mbappé himself has scored winners in seven separate league matches and is responsible for around 50% of their goal output. Outside of him, Neymar and Messi were the only other PSG player to (barely) make it into double figures for goals, which feels implausible for a team of such stature. PSG have often looked to be lacking in ideas, with 21 of their first 83 Ligue 1 points this season won by goals scored in the last 15 minutes.

When both Mbappé and Neymar first arrived in 2017 under Unai Emery, it was the Brazilian who stole the headlines. The former Monaco man, who at this point was aged 18 and yet to explode at the 2018 World Cup, spent most of the season at right wing playing second fiddle to more established teammates. Five years later, the 22-year-old has eclipsed the Brazilian heavyweight. Neymar’s body has waned, his mentality has been beaten and his reputation diminished as injuries and inconsistency have affected his career. Mbappé meanwhile, feels immune to the deteriorating situation at the Parc des Princes and has been PSG’s go-to man in the big moments this season.

He turned a dull goalless draw in the first leg against Madrid into a dramatic victory after he blitzed past Éder Militão to score in the 93rd minute. He was also there to stab home in the second leg before PSG collapsed. Those goals were Mbappé’s fifth and sixth in the Champions League, and it’s unfortunate he wasn’t given the opportunity to continue his rampage in the competition. After all, in December he beat Messi’s record of being the youngest player to reach 30 Champions League goals.

It wasn’t the first time in 2022 that PSG had relied on Mbappé either, as his last-minute goal against Rennes gave them the breathing room to focus on the Champions League in early February. That goal, like many others, came from a finish that’s become the Mbappé trademark. Against Rennes, Leipzig, Monaco and Lyon to name a few, he would score by using the defender as a shield before firing around them into the net, leaving the goalkeeper powerless to react.

To play the hero role over a 12-month period where he has been subject to intense transfer speculation is all the more impressive, especially considering last summer he directly told the now sacked PSG Sporting Director Leonardo he wanted to leave for Real Madrid. Since then, Mbappé has handled the persistent questioning well, even if the saga somewhat overshadowed his standout season.

Away from that, the Frenchman has played a harmonious role within the club. Mohamed Mansouri, who runs the PSGINT fan account on Twitter, explains how Mbappé has attended PSG women’s games and handball games to provide support where he can. He adds: “As a human, he has always been honest with himself, and tries to do everything possible.” These past months following his penalty miss against Switzerland during Euro 2020 have seen a boy grow into a man and PSG fans will be grateful that their star has dragged them through a difficult season and stopped it from becoming a truly dreadful one. Having agreed on a new three-year contract with the club, Mbappé is set to be Paris’ saviour for some years to come.