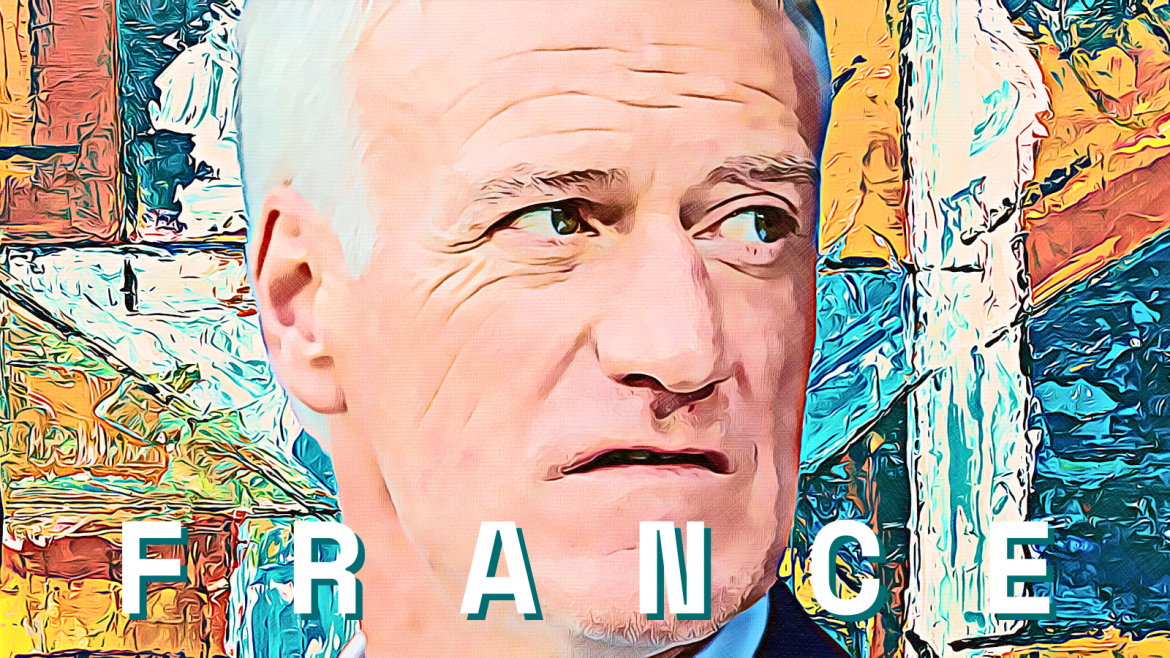 With the Stade de France hosting the Champions League final on the last Saturday in May, it felt as though the long 2021/22 season had come to an end. With the World Cup pushed back to the winter, Real Madrid’s 14th Champions League title seemed to mark the start of a well-deserved rest. But four fixtures were left to be completed before the summer break could begin and Les Bleus were not the only victims of fatigue over the last two weeks which encompassed an unprecedented four end of season internationals.

While Deschamps’ men completed an entire international break without a win for the first time since 2015, other major nations, including England, suffered the same fate. While last October’s finals provided exciting, competitive football, and a trophy for France, this month’s group matches were somewhat of an afterthought with Les Bleus eventually yielding their most recent title. Dismal results – two points from four games – mean qualification is now impossible for the final stage of the competition, and, all of a sudden, France found themselves in crisis.

Having rounded off 2021 with an 8-0 trouncing of Kazakhstan to secure qualification for Qatar, Deschamps and his squad looked to be heading into the World Cup year in red-hot form. Before their first game against Australia on November 22nd, they would have two friendlies and six Nations League fixtures to finalise their World Cup squad. Halfway through the year, and with just two games left, France might well be a touch uncertain about their chances of remaining World Champions too. While both fatigue and bad luck – conceding soft penalties in both games against Croatia – might be blamed, the bottom line is France did not look like the same side they were nine months ago.

This is partly due to Didier Deschamps’ decision to experiment. For the first time since September 2021, the coach elected to start with a back four, over a back five, for this month’s second fixture against Croatia. This choice, which stuck for the third and fourth fixtures, served as a surprise, particularly considering how effective the wing-back system had been. Both Kingsley Coman and Théo Hernandez (who started against Denmark) have caused real trouble from their wide attacking positions over the last year and, with the back four, such a threat is eliminated. While full-backs Benjamin Pavard, Jules Koundé and Lucas Digne still pushed high when in possession, with one of the central defensive midfielders sitting deep as a third defensive pillar, the flanks were a weak spot in the French defence, particularly against Croatia, with Koundé unable to recover his defensive position.

Whether through fatigue or curiosity, this international break was also marked by a significant degree of rotation. With the exception of the game against Denmark, no French starting line-up could really be described as ‘full strength’. In Split, for example, the team’s average number of international appearances was just sixteen, with six of the starting eleven holding fewer than ten. While it could be argued that Deschamps missed an opportunity to cement his starting eleven over the course of this break, which perhaps contributed to the poor results, he’s also learned about the other options.

Liverpool defender Ibrahima Konaté, for example, having missed the original call-up due to his supposed inability to play in a back five, was given his first two international caps and proved himself as a strong centre-back option, particularly against Croatia. Both Marseille defender William Saliba and attacking midfielder Christopher Nkunku of RB Leipzig looked promising, without standing out. France’s latest export, Aurélien Tchouaméni, is unlikely to unseat Paul Pogba from his spot in the centre of midfield, but will serve as a solid backup. Despite his promising performance against Austria, Aston Villa-bound midfielder Boubacar Kamara seems unlikely to retain his place until the end of the year. Unfortunately, Wissam Ben Yedder once again failed to carry over his club form to the national team, something which Olivier Giroud has always managed. To see the Monaco man selected once again over the Serie A winner would certainly be a surprise, based on their comparative impact

Despite all these takeaways, the one thing Deschamps failed to investigate thoroughly enough was his options at right-back. Over the last two weeks, Pavard, Koundé and Coman all started once at right-back. While Coman is clearly the strongest option as an attacking wing-back, Koundé struggled on the right side of the new back four. This break would have been the perfect opportunity to try Jonathan Clauss in the role, whether in the four or the five, in which he has thrived at Lens. However, he was unfortunately only given 1- and 11-minute cameos against Denmark and Croatia, meaning he has just one international start to his name. Going into the final two games before the World Cup, his compatibility needs to be tested further as he could well be the most balanced option for the position.

The summer break should serve Les Bleus well. The results of the last fortnight ought to be forgotten, but their lessons should not. Returning to the competition in three months’ time, the squad should hope to have benefitted from a rest. This will be vital because, once November comes around, there will be no space for fatigue – mental or physical. Poor performances are punished by elimination. France must also take advantage of their remaining fixtures against Austria and Denmark, to try any remaining options, but more importantly to solidify their first eleven. The countdown to Qatar has very much begun.