FEATURE | How do Monaco fill their Aurélien Tchouaméni shaped hole? 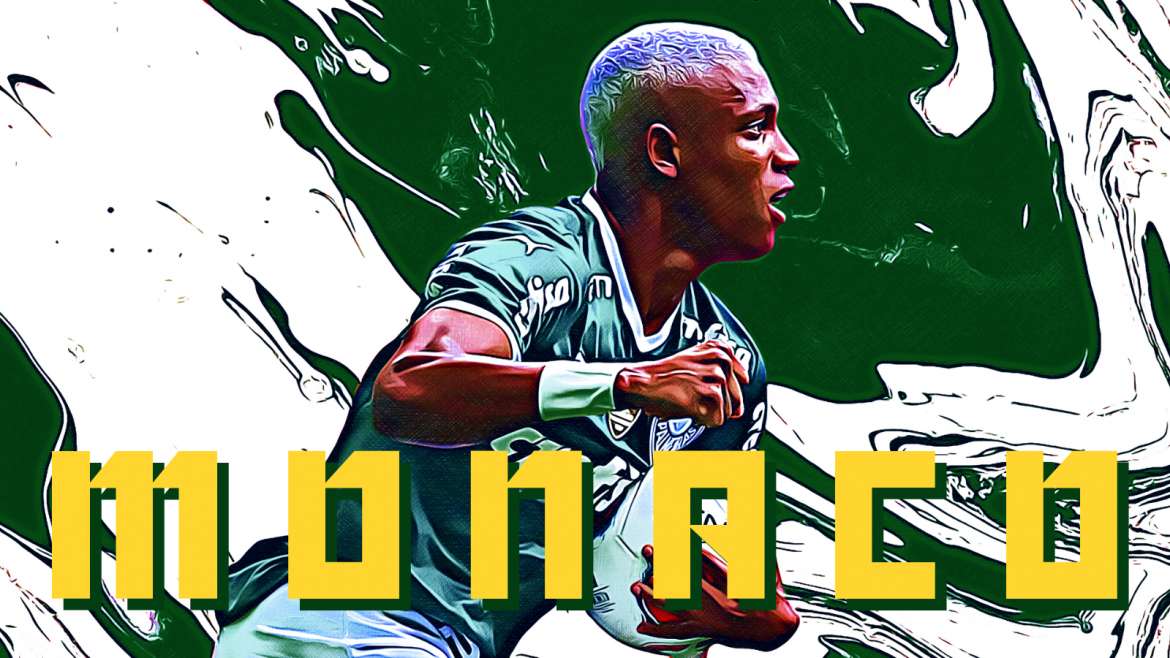 In selling Aurélien Tchouaméni to Real Madrid, Monaco have lost one of the world’s best midfielders. According to coach Philippe Clement, replacing him will be “impossible.” But not replacing him isn’t an option. Paul Mitchell may have his work cut out but the initial indicators are positive, with players of a similar profile being linked with the club.

When faced with the challenge that a departing player poses, the Principality side often look inwards, leaning on their academy, which has for many years now been an efficient assembly line of first-team worthy products. But they won’t be able to do that this time. The sheer size of the hole that Tchouaméni’s departure has created means that Monaco will have to dig deep in their wallets. Whilst Monaco certainty have some promising midfield youngsters on their books, none quite fit the required criteria, whilst the psychological pressure of stepping into the shoes of one of Monaco’s greatest exports is undoubtedly too big a burden to place on young shoulders.

Amongst the senior set-up there isn’t a ready made replacement either, and due to Tchouaméni’s skill set, especially in the defensive phase, it isn’t possible to mask his absence. Whilst Youssouf Fofana excelled towards the end of this season, he doesn’t have the same profile as Tchouaméni. He certainly couldn’t play as the sitting midfielder in the 4-1-4-1 system that Clement deployed when he first arrived on Le Rocher, and although he has shown himself to be an able midfield pivot, he needs to be accompanied by a more defensive element. That element won’t be Jean Lucas, who is more of a free-roaming number eight, nor will it be the diminutive Eliot Matazo, whose style resembles Fofana’s rather than Tchouaméni’s.

Whilst Tchouaméni is an adept progressive midfielder, posting 5.66 progressive passes per 90 minutes, this is shared with Fofana who adds five progressive carries per 90. It’s in his defensive work that Tchouaméni’s “irreplaceable” qualities become quickly apparent. Amongst his team-mates, he completes the most tackles with 2.92 per 90, despite Jean Lucas applying the most pressures per 90 (23.8). Unsurprisingly, he also makes the most interceptions. According to FBref, no one made more in Ligue 1 last season.

The data highlight two things; that Tchouaméni is a world-class ball-winner and that he can be progressive. From here it’s easier to define exactly what profile Monaco should pursue. It won’t be possible to bring in a like-for-like replacement, but an imperfect refilling of that Tchouaméni-shaped hole is possible without needing to rip up the entire road and rebuild.

Other clubs in the same situation have not wisely re-invested. Tottenham’s scatter-gun approach to replacing Gareth Bale in 2013, when he was sold to Real Madrid for €101m, immediately springs to mind. But the names being linked to Monaco are indicative of a much more concentrated, tailored approach. In their own way, Danilo of Palmeiras and Lille’s Amadou Onana, both of whom reportedly interest sporting director Paul Mitchell, would go some way towards alleviating the impact of Tchouaméni’s departure.

Speaking in a press conference in early May, Clement revealed his admiration for Onana, telling reporters that he had tried to sign the defensive midfielder for former club, Brugge. Whilst he doesn’t quite boast Tchouaméni’s statistics, it’s clear that he’s of a similar profile. Despite only making 11 starts in Lille’s Ligue 1 campaign, he played 32 times in total as Lille endured a difficult defence of their title.

Onana’s 3.45 tackles per 90 is even better than Tchouaméni’s tally and all of Monaco’s other midfielders. He also boasts 2.06 interceptions per 90, which doesn’t rival Tchouaméni’s proficiency but is nonetheless better than the rest. The ability to intercept is inextricably linked to game intelligence and experience and, at just 20, Onana has the ability to develop in this regard. He also wins 59% of his duels, which compares well with Tchouaméni, who is known to be a combative midfielder, who won 63% of his one-on-one duels last season.

The Belgian is also a native-level French speaker, which, should he feature in a double pivot, mustn’t be overlooked. By its very nature, the double pivot partnership hinges upon good communication, making things easier if he were paired with Fofana. The same can’t necessarily be said for the Brazilian Danilo. However, he wouldn’t be short of compatriots and other Portuguese-speaking players. Full-backs, Caio Henrique and Vanderson are both Brazilian, whilst Gelson Martins also speaks Portuguese.

The Palmeiras midfielder was recently called up by the Brazilian national team for the first time after an impressive league season with the newly-crowned Brazilian champions. A defensively-minded midfielder, Scouted Football’s analysis of the Brazilian international reads strikingly similar to a description of Tchouaméni. ‘He tracks back well, filling in in the defensive line when required, and he has a strong knack for intercepting cut backs crosses into the penalty area… He will often be asked to back up the press, and he certainly has the energy for such a role… he’s very proactive with his decision making, and looks to engage opponents rather than forcing them to make a decision.’ Although he does sometimes get too easily turned and he is sometimes prone to ball-watching, these less desirable qualities are possible to eradicate with good coaching and general maturity. Just like Onana, at 21, Danilo has a lot of room for growth.

Importantly, both would also fit with Monaco’s philosophy of buying young players with high potential. Whilst there is an understandable despondency towards the future of Monaco’s future midfield having lost Tchouaméni, it must be remembered that Monaco have an unbelievable ability for renewal. After losing Fabinho to Liverpool in 2018, two years later Monaco found a replacement who would later garner a €100m fee from the European champions. There’s no reason why Onana, Danilo, or whoever else replaces Tchouaméni, can’t follow the same trajectory, and perched upon Le Rocher, they would be in the perfect place to emulate his path.