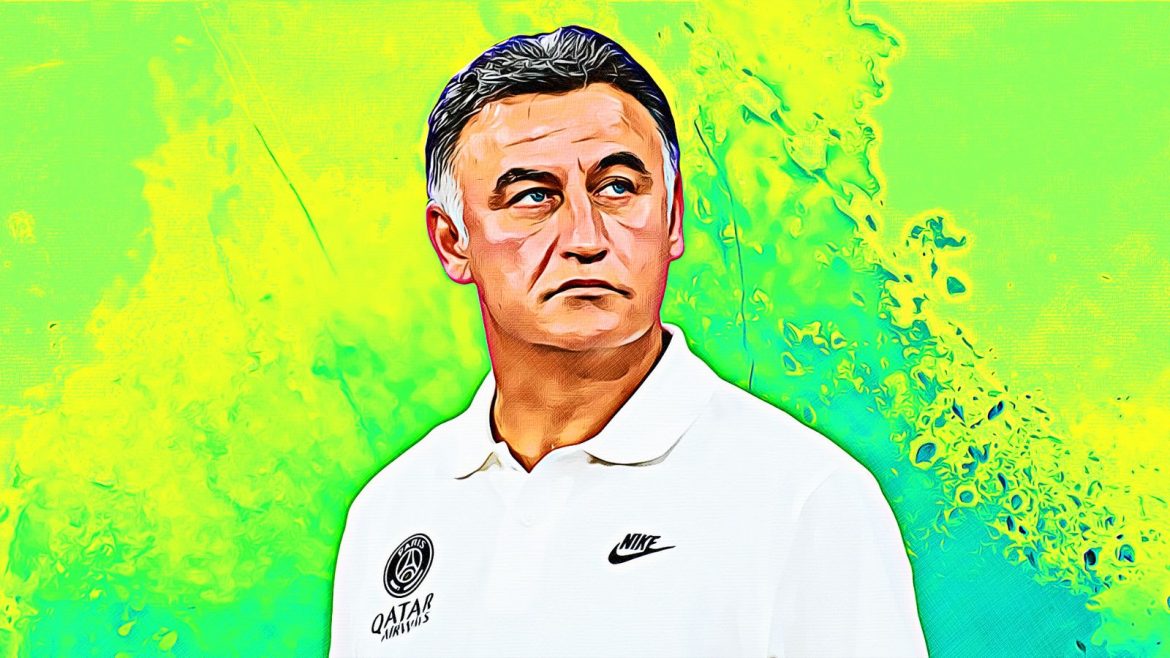 “Do you know who won the first Champions League title for Chelsea? It was Roberto Di Matteo, who would have bet on him?” Having been appointed at a club intent on European domination, Christophe Galtier’s opinion of himself in speaking with L’Équipe earlier this month was surprisingly low.

While Di Matteo deserves credit for seeing Chelsea over the line in 2012, he’s hardly the model modern manager. Di Matteo’s stint at Chelsea lasted just 42 games, only half of which were on a permanent basis, and he’s failed to make an impact anywhere else since. A more flattering comparison for Galtier to make might have been with Albert Batteux who was unexpectedly appointed Reims coach in 1950 before reaching two European Cup finals and winning five French titles. Although far from the biggest coaching name at the time, the recently retired Reims captain proved to be the right fit.

Although Galtier also stated he “came to Paris to win everything,” for a club whose slogan is ‘Dream Bigger’, Galtier’s arrival screams the opposite. Under Qatari ownership, PSG haven’t represented Ligue 1 but Galtier epitomises France’s results-driven football of the last decade. Lacking an overarching philosophy, unlike the game’s elite coaches with who he’ll now compete, the 55-year-old’s 13 years as a manager have instead been a kaleidoscopic tactical journey. Having rescued Saint-Étienne from relegation in 2010, Galtier’s most exciting team, led by a young Pierre-Emerick Aubameyang, peaked in winning the 2013 French cup before slowly morphing into Ligue 1’s dullest side as Galtier lost faith in his squad’s quality amid diminishing resources.

Aided by sporting director Luis Campos’s eye for talent, Galtier’s Lille instead played with intensity and pace as the coach maximised his group’s talent and out-foxed opposing coaches to win the 2021 title. A mixture of the progressive and stoic was seen with OGC Nice last term but balance was a constant concern as Galtier stubbornly stuck with Lille’s ill-fitting, but title-winning, 4-4-2. Galtier again plans to change tact at PSG. “I have to adapt to the characteristics of the team, the environment and what PSG should be like,” Galtier explained. “I feel capable of producing something different… We’ll have high possession at times, we’ll have to stretch defensive blocks to get in behind.” Although an adaptable coach, Galtier has never successfully implemented such a plan.

As with Lille, Galtier owes his platform to PSG’s new de-facto sporting director Campos, who identified his former partner as PSG’s only real coaching target. Famed for turning average or unnoticed talents into major sellable assets at Monaco and Lille, Galter’s appointment is a typically low-key Campos signing. However, despite many progressing far beyond expectations, few of Campos’ signings ever reached the standard PSG are looking for.

Although Galtier insists he believes “it’s important for a coach and a sporting advisor to be aligned. If people think Luis does everything, they can think what they want to think, I know how it works,” Campos has also picked the team’s new 3-4-1-2 formation, which Galtier only used in earnest with Saint-Etienne to minimal success. Considering Campos’ power, some have questioned Galtier’s legitimacy as PSG coach.

While Campos’ common sense approach has been refreshing, helping to implement a code of conduct, focusing on the academy and ending the club’s pursuit of Ousmane Dembélé, for example, amid fitness and attitude concerns, Galtier, like many of Campos’ other signings, may also be unable to reach the required level. QSI’s concerns over splurging €20m to swap Mauricio Pochettino for Galtier only to end up with a less experienced coach with a worse CV are understandable.

Ideologically, however, the low-key nature of Galtier’s appointment is emblematic of the pragmatic Camposism now dominating PSG’s decision-making process. The Galtier-Campos ticket’s system of discipline is long overdue as curbing a haughty, cliquey group of players has been historically tricky. The coach spoke of “rules that will be put in place which I’ll present to the group. Some things will be negotiable, some non-negotiable.” The squad “will have to commit and, no matter the player, if he doesn’t have a valid reason for not respecting them, he’ll be punished.” Galtier’s assertion that “everyone must think of the team and work hard for the team” is also promising, albeit a minimum expectation at most clubs.

Although a more disciplined squad is good news for PSG fans, Paris’ jump from one extreme to the other overnight under Campos might not be. Club president Nasser Al-Khelaifi incredibly told Le Parisien that PSG were now being “realistic” and that this was “the end of the glitter”. He even suggested changing the club’s ‘Dream Bigger’ slogan. Having been humiliated in Europe by Real Madrid as domestic performances grew stale, Paris’ title win last season was painfully underwhelming and an overhaul was needed, but aiming for the exact opposite of the club’s ‘Bling-Bling’ philosophy seems like an overreaction.

Although an astute strategist and a charismatic leader, having never experienced the pressure of a job like this or coached players of Kylian Mbappé’s and Lionel Messi’s statue, Galtier’s lack of experience at this level – his European record is worrying poor – could also become an issue. Galtier’s awe over the quality now at his disposal was telling. He explained to L’Équipe that his biggest discovery during his first week was “the talent of the players, it’s unbelievable. The technical quality during the first training sessions, the understanding between each other, the technical sequences…”

Campos’ humility and his common sense ideas are desperately needed at the Parc des Princes but PSG operate in different spheres to Lille and Monaco. Signing established quality to improve the team was the right idea, it was the execution that was the problem. This summer, none of the club’s signings or reported targets, from the coach down, are likely to achieve that goal and PSG should start the season looking very similar to their later Pochettino outings. Galtier is an astute coach and he could yet become PSG’s Batteux – the smart, charismatic manager and leader the club needed, but he’s more likely to prove to be out of his depth like Di Matteo. For once, not ‘Dreaming Bigger’ could be PSG’s downfall.