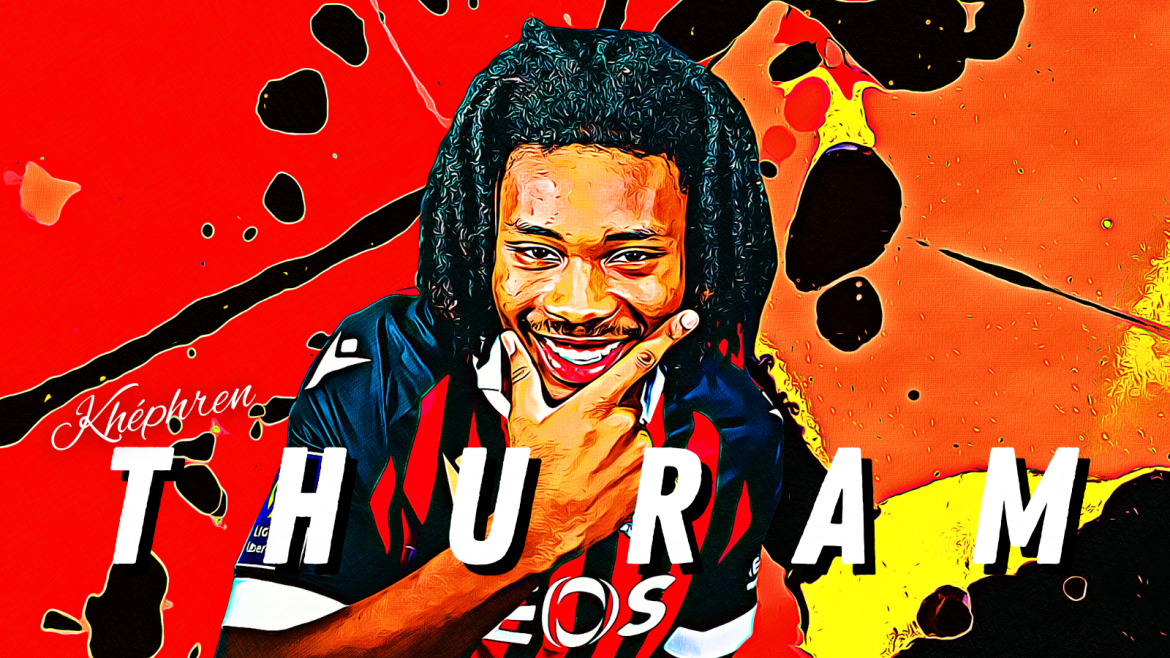 Like a tightrope walker who’s made some bad career choices, Christophe Galtier might have wasted a lot of time searching for balance. Upon joining OGC Nice, Galtier kept faith with his Lille team’s title-winning 4-4-2 from last season, despite the squad he entered September with not being overtly suited to his ideas. Striker Kasper Dolberg has often looked lost as Andy Delort and Amine Gouiri play around him, while Gouiri is often forced too far from the goal. None of Galtier’s midfield pairings have generated the creativity of Lille’s Renato Sanches and Benjamin André.

Khéphren Thuram is maybe the only Nice player, other than centre-back Jean-Clair Todibo and Walter Benitez in goal, to emerge from the campaign with his reputation enhanced, despite often being Galtier’s makeweight in his search for balance. A dynamic and direct deep-lying midfielder, who could also play as an outright sentinel, Thuram is often shifted to the left of midfield to balance out a more attacking option on the opposite flank, usually either Gouiri or Justin Kluivert.

Here he is tasked with providing midfield solidarity, direct passing and breaking lines with his bulldozing sorties as Galtier attempted to cast the Frenchman as his new Sanches. The ploy hasn’t been without success – especially against the league’s stronger sides. Many of Thuram’s better displays have often come when given this freedom, although issues with balance and move construction persist more generally when Nice are expected to be the aggressors.

Despite the pedigree of being the son of 1998 French World Cup winner Lillian and brother to Gladbach striker Marcus, the 21-year-old midfielder’s breakthrough campaign seemed unlikely towards the end of last season. Although highly-regarded in France, nearly moving to Eintracht Frankfurt last term, Thuram’s earlier displays were comparatively timid and carried a sense of naivety.

His decision-making could be erratic and the now trademark charges from deep were rare, much like his starts. After a more promising end to last season, Thuram’s on-pitch persona and body language since suggest a more emboldened professional. Keen to take more responsibility, Thuram has been a rare proactive and decisive contributor in an often hesitant Nice attack in 2022.

Having only really emerged as a force midway through this campaign, next season could be Thuram’s chance to truly impose himself on Ligue 1 – assuming Galtier can deploy him effectively as his best position remains uncertain. A role as a mobile, dynamic instigator with the licence to break lines and support attacks in a 4-3-3 with a sentinel for support and a more attacking midfielder (or an outright number 10 in a 4231) to take creative responsibility makes the most sense.

But Galtier’s formational stubbornness makes such a switch unlikely. Despite his success on the left of an asymmetrical 4-4-2, he doesn’t yet have the vision or technical precision to be Galtier’s new Sanches longer term – either wide or centrally. Evidence is also limited to suggest an outright holding midfield role would be best. With the squad as it is, Galtier’s 442 doesn’t suit both Thuram and the team as a whole at the same time if they’re to improve against low blocks.

If he and Galtier, who is interesting PSG, stay at Nice, Thuram’s longer-term success may depend on Galtier and the Nice recruitment team’s ability to build a team around the player and engineer the balance Galtier has spent the season failing to find.