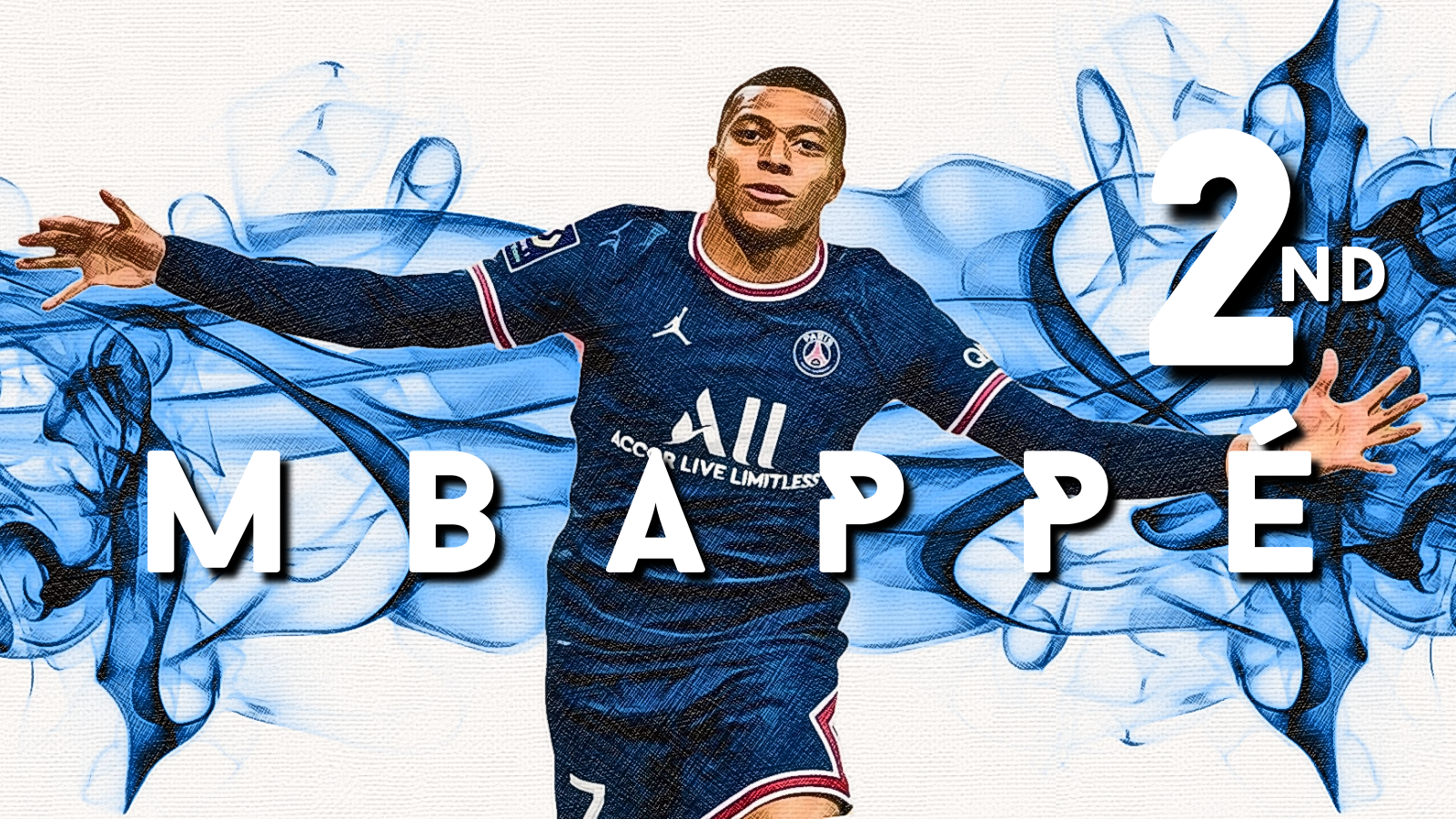 To not see Kylian Mbappé topping the GFFN 100 will come as no small surprise to many casual observers of French football. However, there’s no denying that his brilliance has been frustrated to some degree this last year, even if some of that was through makings not of his own doing. He was the league’s top scorer in the calendar year, with 24 goals to his name, ranking ahead of Jonathan David and Wissam Ben Yedder. However, as talented as Ben Yedder and David are, (or in the Canadian’s case, might become), they are also several cuts below the Paris Saint-Germain forward.

Some may be quick to jump to conclusions, and infer that for our panel, his pivotal role in France’s elimination from the summer’s European Championships, via his penalty being saved by Swiss keeper Yann Sommer, hangs unfairly over his head. But, one might argue, is it really his fault that he had to get to grips with a new system (Didier Deschamps’ 3-4-1-2) and a new teammate, in Karim Benzema, so quickly, and on the heels of a season bizarrely compressed and interrupted by COVID-19? Perhaps not, and he did offer a rebuttal in the firmest terms in being the key man as France  won the Nations League title last autumn, finding the net twice and adding a pair of assists in the finals.

But, the case can also be made that a disconnect between his role at club level, where he has, even with the arrival of Lionel Messi, become the focal point of the attack, and the national team, where Benzema was allowed a privileged position in the attacking hierarchy, caused a sort of internal crisis for the player. For France, Mbappé was, if not forced to feed on scraps, at least approach the way that attacks were knitted together, differently. He had played the role of a seeming wildcard with aplomb in 2018 at the World Cup, using his searing pace to make good on the dogged running of N’Golo Kanté and Blaise Matuidi.

His initial failure to absorb the nuances of playing alongside Benzema (who, as has been well-documented, is a more than capable foil for any number of star players) speaks perhaps to a level of naiveté that is a reminder of his age. Not being asked to do much of what is complex works fine at club level, where defences wear down more easily, and are less skilled than at the highest international level (at least in Ligue 1). This is not to say that Mbappé is lacking tactically, but rather that he struggled at first in an unfamiliar role before coming to grips with it come the autumn — it was circumstance, or, rather, bad luck that this disconnect came during a major tournament, but at this end of the GFFN 100, players must simply be judged by the highest standards.

But to the positives, then. At Paris Saint-Germain, while there was always likely to be some hand-wringing as to how Mauricio Pochettino would crowbar all of Messi, Mbappé, Neymar, and Ángel Di María into the team, Mbappé has been a consistent presence, coming up with not only vital goals, but also building his influence as a creative hub where that more experienced trio has been lacking. Neymar by contrast has struggled with injury and the two Argentines have more frequently looked their age following a lengthy summer at the Copá America.

Indeed, Mbappé’s game has evolved, as evidenced by his increasingly impressive assist numbers, despite a lack of an obvious outlet for this sort of thing, with Mauro Icardi a peripheral figure and players who might have filled this sort of role in the past (think Moise Kean or Edinson Cavani) in short supply. Mbappé has become not only the tip of the proverbial attacking spear, but also what drives it, both in Europe and domestically.

It is easy, of course, to swat aside Mbappé’s numbers with a claim that the quality of Ligue 1 inflates them, but a counterargument can also be made that the results of French sides in Europe this season are evidence of an increased level of play. Thus, Mbappé’s numbers may not be quite as gaudy as he adjusts to a new role, but they are also part and parcel of an increased level of competition in the league — the gross spends of the likes of Marseille, Rennes, and Nice this summer are nothing to sneeze at — but that the Parisians still sit so comfortably ahead of the pack despite some growing pains is also evidence that he is continuing to grow and improve, even if he has gone missing in the odd match.

To wit, he has scored or assisted in nearly every match this season, all while the team has weathered injuries to its attacking line-up (Julian Draxler, Icardi, Neymar) that have seen him not only play more minutes than any other player in the side but cope with a constant flux in terms of both his teammates and the team’s tactical setup. Obviously Mbappé is a hungry player in wanting this to be the case (at least in terms of being on the pitch as much as possible), but one has to wonder what the stress of this sort of workload may do to his play in the second half of the campaign.

That is, simply having to bear the load of so many minutes while a coherent style of play from Mauricio Pochettino seems to remain far off and the lack of consistency alongside him may yet hinder his level — his achievements are coming despite the club for which he plays and not because of it. It may seem a harsh, or even arbitrary criticism, but for a player who should rightly have designs on being the world’s best within the next two or three seasons, this is the sort of standard to which he must be held.