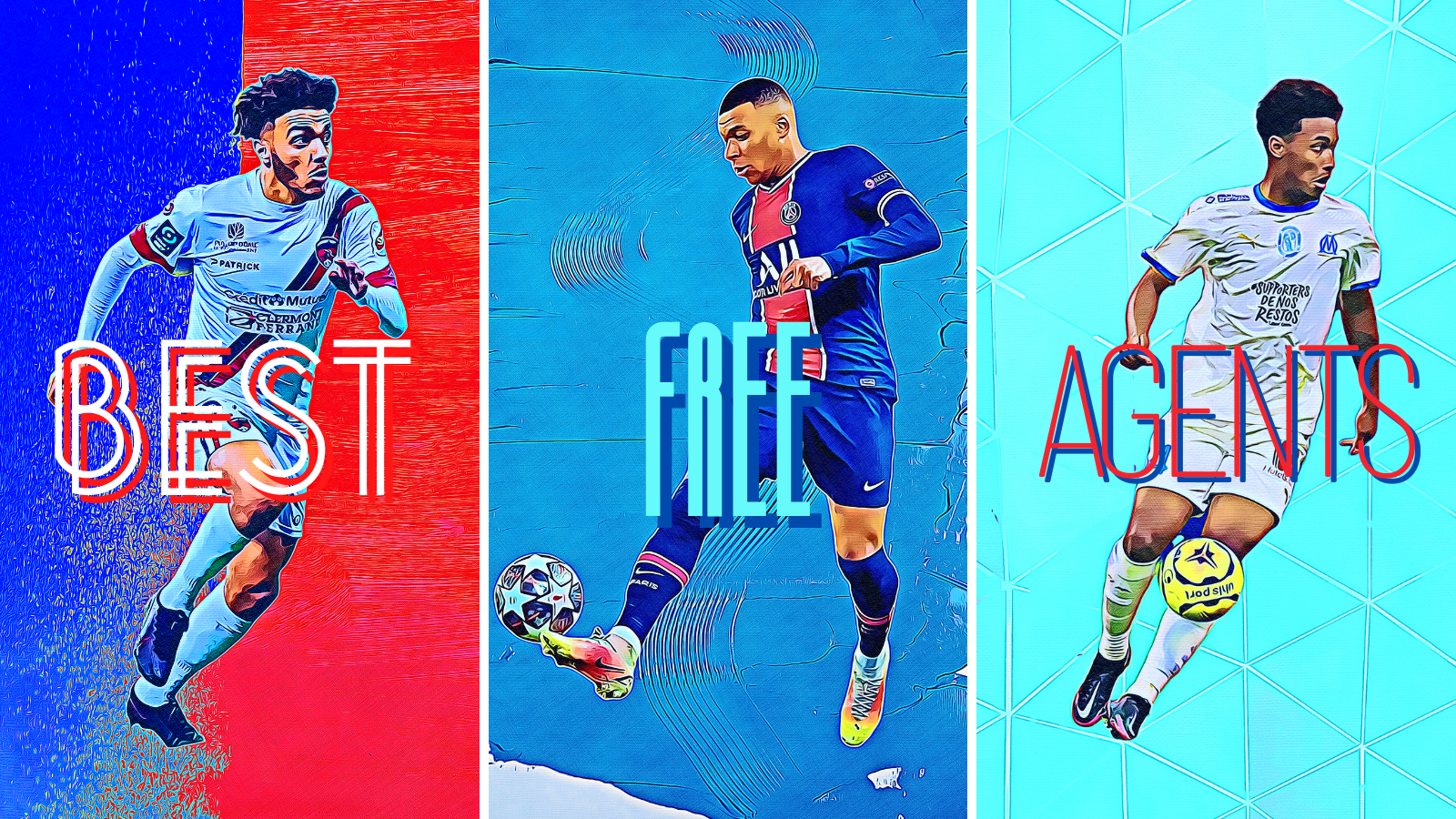 With a summer of intrigue edging nearer, this team of Ligue 1 players would be available for free with their contracts up in July. Ligue 1 may be the ‘League of Talents’ but it’s also a league of bargains and all of these impending free agents could provide cost-effective options for sides across the European spectrum. Who should your club sign?

GK, Benoît Costil (34, Bordeaux) – Despite some undulating form in recent years, the France international (one cap, many squads) has often been Bordeaux’s saviour across an erratic recent era for the 2009 champions. Average form, injury and a falling out with teammates and staff has seen him side-lined and the young Gaëtan Poussin preferred of late. Nevertheless, the veteran Ligue 1 stalwart still has much to offer beyond the summer.
Good fit: Angers, Lorient, Watford.

RB, Akim Zedadka (26, Clermont) – Despite competition from Marseille, Sevilla and Lazio, Lille are expected to sign the Algerian on a free this coming window. Luis Campos may have left some time ago but this is an astute move worthy of the famed sporting director. Consistent and intelligent at both ends, Zedadka is Ligue 1’s best-kept secret.
Good fit: Lille, Sevilla, Lyon, Marseille, Everton, Frankfurt.

CB, Boubacar Kamara (22, Marseille) – Atlético Madrid reportedly remain one of the favourites to sign Kamara who refused Wolves and others last summer, as well as a new short-term deal at OM, who were hoping to engineer a transfer fee at some stage. Despite being deployed in midfield for some time, a recent move to his preferred centre-back role has been a success and he’s now equally adept in both positions.
Good fit: Manchester United, Atlético Madrid, Dortmund, Arsenal.

CB, Jason Denayer (26, Lyon) – With Lyon and Denayer’s wildly differing ideas on how much the Belgian should be paid beyond the summer, a divorce is almost certain. Where exactly Denayer fits into the hierarchy of European defenders is far less sure. Season to season, Denayer’s performances have oscillated from ruthless, rugged and intelligent to indifferent, slow and indecisive. Having posted his best, and most consistent, campaign last season, injury and an apparent lack of interest at OL have seen the latter version of Denayer return once more in 2022.
Good fit: West Ham, Crystal Palace, Aston Villa, AC Milan, Leverkusen.

LB, Ghislain Konan (26, Reims) – Although he’s yet to rediscover his peak David Guion-era form at Reims, the Ivory Coast international is one of Ligue 1’s most understated but reliable left-backs and is seeing significant interest from Fenerbahce ahead of the summer. His signing could be smart, if unfashionable, one for many a medium sized club.
Good fit: Lille, Bournemouth, Montpellier.

DM, Jonas Martin (32, Rennes) – The recent announcement that Martin’s contract at Rennes wouldn’t be extended beyond the end of the season to make room for younger players came as a shock. Thanks to struggled with previous injuries and competition, this has comfortably been the technical and reliable Martin’s best season since leaving Strasbourg. Although his age will deter many, he still has a lot to offer Ligue 1.
Good fit: Strasbourg, Saint-Etienne, Bordeaux.

CM, Xavi Simons (18, PSG) – Unusually for a club who’ve cared little for their youth system of late, PSG have spent 2022 signing up academy graduates to longer-term deals. Xavi Simons is one reason why. With his current contract soon up, the precociously talented and versatile midfielder is in danger of being the latest exciting young prospect to be poached by a rival on a free. Although PSG are still desperately trying to convince the Dutchman to stay, his lack of game time has been a sticking point.
Good fit: Barcelona, Manchester City, Dortmund.

AM, Farid Boulaya (29, Metz) – The Algerian is wildly inconsistent but remains a match-winner, depending on his application and state of mind. Although fighting relegation hardly suits his skill set, he could yet prove a useful source of creativity for a variety of mid-range clubs. He has proven Ligue 1 quality but, at 29, a genuine step-up is probably now beyond him.
Good fit: Montpellier, Angers, Nantes, Galatasaray.

WF, Angel Di Maria (34, PSG) – After PSG’s season failed to coalesce and the arrival of Lionel Messi, the Argentine’s Paris career will unjustly end in mediocrity. He should, however, be remembered as the great unsung hero of the QSI era such was his ability to quietly dictate games and provide inspiration when his more heralded teammates couldn’t. This, nevertheless, has been his worst season in France and the time is right for everyone to move on. At 34, he may only have one more season left in Europe.
Good fit: Lazio, AC Milan, Barcelona, Villarreal.

WF, Kylian Mbappé (23, PSG) – Is joining Real Madrid really a good idea? Given the momentum gathering behind extending his stay in Paris that seems to be a question Mbappé is asking himself – along with much of France. Although Madrid muscled past PSG, Chelsea and Manchester City in the Champions League knock-out stages, each win carried a sense of overachievement having relied heavily on Karim Benzema (34) and Luka Modric (36). Neither will be around for much longer and, given financial issues plus La Liga’s downturn of late, where’s the next great Madrid team coming from? Mbappé could be about to waste his prime productive years on a decaying institution thanks to his own personal mirage.
Good fit: Liverpool, …PSG?

ST, Burak Yilmaz (36, Lille) – Having been crucial to Lille’s shock title win last season, the Turkish striker hasn’t been able to generate the same fierce intensity and consistent quality since. Under new coach Jocelyn Gourvennec, he’s no longer even sure to start after just a handful of league goals this campaign. Retirement seems near but Yilmaz is planning at least one more season as a pro with Turkish and American clubs interested.
Good fit: Inter Miami, Fenerbahce, Trabzonspor.