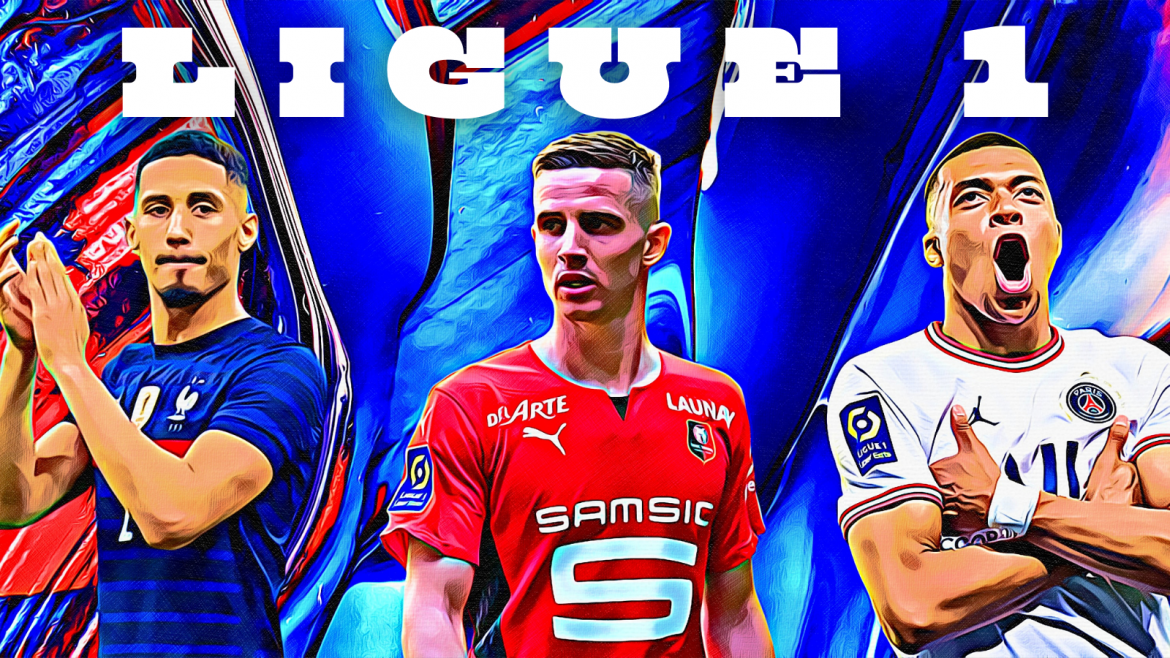 It’s difficult to compare this year’s Ligue 1 campaign to last year’s. Lille winning a three-way title battle with PSG and Monaco thrilled to the last day. However, Ligue 1 continued to improve, bringing in players like Jérôme Boateng, Mattéo Guendouzi, Xherdan Shaqiri and Kevin Gameiro as well as PSG’s raft of transfers which included Lionel Messi. However, there was so much more to the season than the transfer window.

Kylian Mbappé’s U-Turn – Many PSG fans were left unfulfilled by Paris’s title win after their team crashed and burned in Europe. But winning the Champions League, simply put, is difficult. PSG fought hard week in and week out to win league games and Kylian Mbappé repeatedly came up with late game-winning assists and goals. Such moments against Lyon, Angers, Bordeaux, Lens, Rennes, and Marseille accounted for 16 points, meaning, without Mbappé’s contributions in those games, PSG would have only reached 70 points – only enough for second place. If that wasn’t enough, Mbappé shocked football and chose his hometown club over his boyhood dream, Real Madrid.

Strasbourg and Lens challenge for Europe – Ligue 1’s top 10 has become impossible to forecast. The fact that any team can win matches against anyone else regardless of their league position, made it difficult for teams like Marseille, Nice, Monaco and Rennes to cut down PSG’s lead and establish themselves as real challengers with Lens and Strasbourg especially troublesome. Everyone outside Nice was secretly hoping Strasbourg would take the final European spot on the last day of the season. Even though they both failed to finish in the top five, Strasbourg and Lens finishing sixth and seventh (and above Lyon and titleholders Lille) was proof of the quality and depth of Ligue 1.

Marseille on course for stability – Having won a tight race for guaranteed Champions League group stage football next season, Marseille may have been the biggest ‘winners’ this season. Jorge Sampaoli and Marseille could be the perfect match thanks to Sampaoli’s personality and how his style fits with the culture of the city itself. Finishing without the UEFA Europa Conference League trophy may have been frustrating for a team with the ambitions of OM, but incremental improvements are what the club needs. Marseille have the core pieces needed to expand upon Sampaoli’s high work-rate style and possibly even challenge for the title next season.

Bordeaux and Saint-Etienne relegated – Some seasons are defined by the fall of a great. This season has shown a few of the old guard drift to the bottom and the days of giants Like Lyon, Lille, Saint-Etienne, Bordeaux and Montpellier being assured of relative superiority are over. Despite their decline, Bordeaux and Saint-Etienne have always been staples of French football but, unfortunately for their fans, Ligue 2 has become one of the most competitive second divisions in world football. It will take time and an uncharacteristically united effort from both club’s ownership, coaches and players to return to the first division. It may be a while before either come back.

Lionel Messi in Ligue 1 – Despite his numbers not matching previous campaigns, the way Lionel Messi has had to adapt to the physicality and speed of Ligue 1 was still an impressive feat. Where he was used to taking on defenders, he made passes instead and he took his chances when necessary. He found ways to be effective and help his team. Messi’s season was a masterclass in facilitating, creating and making everyone around him better. The true magnitude of Messi playing in Ligue 1 will only be truly understood in the future, when it’s appreciated as history.

This season was a roller coaster. Mbappé deciding to stay at PSG, regardless of his reasoning, felt like a shift in the footballing world. However, anything less than a Champions League trophy before his eventual departure will now be seen as a failure. Domestic dominance isn’t assured either, PSG dropped the Coupe de France this season and the Ligue 1 title last year. It only gets harder from here. Coaches like Christophe Galtier, Sampaoli and Bruno Genesio will be ready for any slip-ups. With strong ownership and more young players staying in Ligue 1, more teams can compete more consistently. Although next season remains a mystery, for now, Ligue 1’s ability to produce talent won’t change any time soon. Just like a former Monaco coach said: “If every team in France could keep their players it would be hard for non-French teams to beat them.”