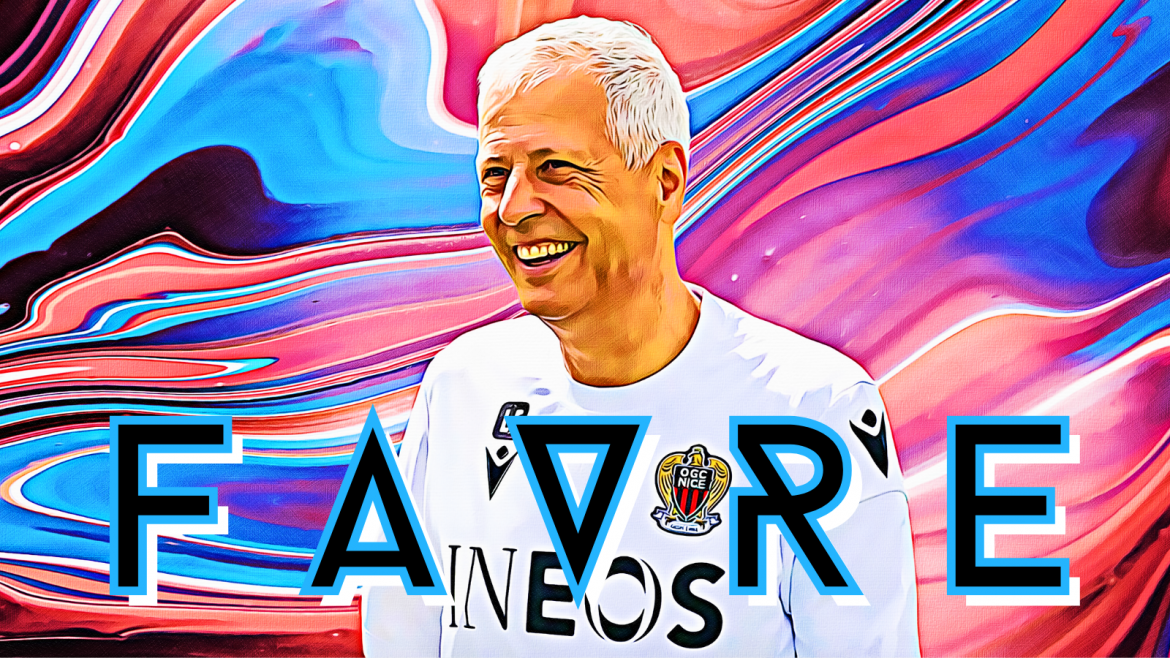 When it comes to managerial contrast, OGC Nice’s latest appointment couldn’t be much starker. From the sanitary, tactically complex but ultimately uninspiring defensive style proposed by the stern-faced Christophe Galtier, Nice have opted to return to a manager who engaged the fans of Les Aiglons like no other in recent history.

Endearingly named “Lulu”, Lucien Favre returns to a club almost unrecognisable to how he left it. Although he doesn’t necessarily return to the Riviera with his reputation enhanced after his spell at Dortmund, he is just what Nice want, and perhaps need.

If reports, notably from Foot Mercato, are to be believed, then Favre’s return to the Allianz Riviera wasn’t contingent upon Galtier’s departure for Paris, which was confirmed in a press conference on Tuesday. There was a certain ras-le-bol around the club following the derailing of a promising season, which gave rise to tensions between the management, the sporting director Julien Fournier and Galtier. A divorce was the inevitable outcome; a fresh injection of positive energy was seen as the remedy for this dysfunctional Niçois family.

Questions still remain about the INEOS owner’s commitment to and ambition for the club following Sir Jim Ratcliffe’s failed final-hour bid to buy Chelsea FC, whilst Fournier’s sudden departure on Wednesday provided an unwanted complication at the beginning of the transfer window. However, Favre’s arrival papers over those cracks. His radiant aura attracted over 300 Nice fans to the club’s modern training complex last week, and proposing a simpler, more attacking style of play, that enthusiasm will most likely manifest itself into higher matchday attendances as well.

Both before and since Favre’s two-season spell at Nice in 2016/17 and 2017/18, Nice’s average attendance has remained steady around the 19,000 mark. Favre’s Nice attracted an average of over 22,000 matchday fans during both seasons of his reign.

Whilst there is a renewed engagement and enthusiasm around the club, the continuation of that positive feeling is contingent upon one thing – results. There is no reason as to why he won’t deliver. In 2016/17, during his first year at the club, he led Nice to third in Ligue 1, their best league finish since the 1975/76 season. That record hasn’t been beaten by any of his successors.

He also returns to a club that is in a much different state to where he left it. After leaving Nice to join Dortmund at the end of the 2017/18 season, INEOS purchased the club the following summer. Unlike during his previous spell as manager, Favre will be backed by significant resources. Over his seasons only €41.55m was spent on incomings, whilst during last season alone, €55m was spent on new players and in the four seasons since his departure, the club have invested €164.43m in improving their playing squad.

He also returns to Ligue 1 with an unblemished record. Although Favre was sacked by Dortmund after a heavy 5-1 loss to relegation-threatened Stuttgart midway through the 2020/21 season, hindsight adjuges his spell in the Bundesliga to be more successful than originally thought. Bar Champions League winning coach Thomas Tuchel’s 2.12 points-per-game (PPG) record, the last most successful manager of the German side was Horst Buhtz, who managed the side for just 150 days in 1976. It must be noted that Jürgen Klopp, who managed the club for nearly three times the amount of games that Favre did, was working in a strikingly different context and still boasted a 1.9 PPG record, just below Favre’s 2.01. Crucially, the Liverpool manager also delivered silverware.

Since his departure from Dortmund, the club has failed to rival Bayern Munich for the title, and that is despite boasting significant firepower in the form of Marco Reus, Erling Braut Haaland and Jadon Sancho. His successor Edin Terzić held the manager’s job for fewer than 200 days, whilst Marco Rose was sacked at the end of the 2021/22 season having presided over an underwhelming second-place finish (eight points behind Bayern Munich), a Champions League group stage exit followed by a surprise Europa League exit to Rangers and a defeat to St. Pauli in the round of 16 of the DFB-Pokal. The grass isn’t always greener on the other side.

Although nicknamed “the brain” due to his tactical knowledge of the game, he isn’t as philosophically ingrained into playing just one system, one way. There is a level of adaptation to the tools at his disposal as well any other circumstance or context that would necessitate a change in plan. It is here that the contrast with Galtier is most striking.

Although the technicalities of Favre’s playing style are known to only a privileged few, it can be fairly assumed that he will propose a more expansive form of football than Galtier. Gone will be the 4-4-2 that the Frenchman imposed, and which was ill-suited to the current crop of players at the club. “We like the way that he evolves his teams and it corresponds perfectly with the vision we have at INEOS, in terms of the style of play that we want at OGC Nice,” said Sir Jim Ratcliffe.

Evolution from last season’s often disjointed displays is needed and has been a long time coming. It’s not just Galtier. Although Patrick Vieira has gone on to flourish at Crystal Palace, his brand of football didn’t inspire the Nice faithful and neither did Adrian Ursea’s; the Romanian, who succeeded the former Arsenal captain, only took charge of 30 games at the club.

Many players look primed to benefit from the increased freedoms that Favre should bring. Khéphren Thuram flourished in the second-half of last season despite, not because of, Galtier. He is linked to a reunion with the ousted Nice manager at PSG, but should he stay, he could be one of the major benefactors from Favre’s arrival. Amine Gouiri, who showed many flashes of brilliance last season, especially before the turn of the year, looked increasingly lost in Galtier’s system as the season wore on. But in a more fluid system, he too could profit.

The main benefactors, however, will be the fans, who for years have bore witness to some of the most turgid, albeit at times effective, football. Adored by the fans, who cherish his last spell as manager just as much as it is cherished by “Lulu” himself, the Swiss manager has an extremely healthy base of goodwill and support. It is now up to him to replicate (or ideally, improve upon) his first spell in order to retain it.