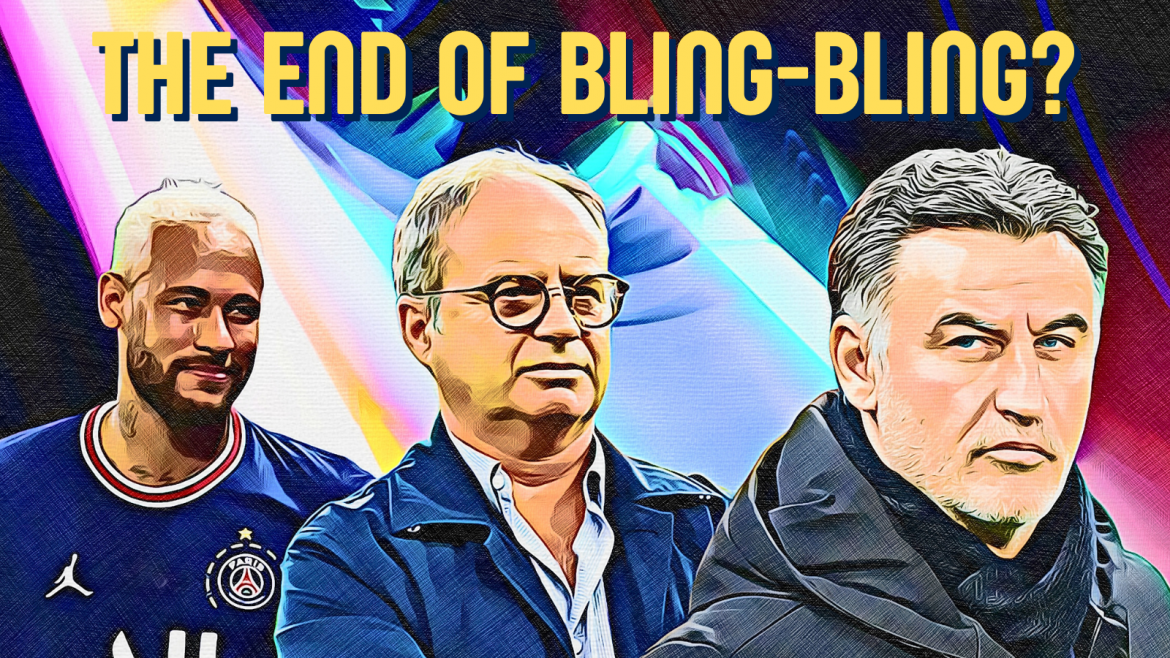 Nasser Al-Khelaifi’s words were oddly incriminating. Speaking with Le Parisien last month, PSG’s president outlined a new vision amid a summer revolution. In doing so, he appeared to admit a decade of mistakes. “Dreaming is one thing, reality is another,” explained Al-Khelaifi. “Maybe we should change our [‘Dream Bigger’] slogan. It’s good but these days we have to be realistic more than anything. We don’t want to be flashy or bling-bling anymore, it’s the end of the glitter.”

In truth, these ideas aren’t his. In an unusual display of deference, Al-Khelaifi was parroting new de-facto sporting director Luis Campos’ ideas on running PSG. However, admitting Paris needed to be realistic while conceding QSI had indulged in ‘Bling-Bling’ acknowledged the superficial, celebrity-pandering nature of the Paris project and that years of policy decisions effectively amounted to a series of fundamental mistakes. An ideology built upon over six managers, countless signings and 11 seasons was being disavowed.

In that time, QSI ownership became synonymous with excess, a scattergun recruitment policy and obsessive ambition. Although that ‘Bling-Bling’ strategy failed to bring the European success PSG crave, publicly rejecting it is bizarre on two fronts. Firstly, the club’s glamorous brand was deliberately invented by QSI who wanted to be associated with their purpose-built galacticos winning in style in the world’s most fashionable city. ‘Bling-Bling’ wasn’t an accident. Realism and the shrewd backwater transfer dealings of Campos represent the opposite set of ideas.

Secondly, Campos’ new anti-Bling ideas don’t suit Champions League success either. Although Bling-Bling itself resulted in a haughty institution, the marginalisation of the club’s academy and a lopsided squad, Paris still needed to focus on signing established players, ideally Europe’s best. Campos, meanwhile, is “in love with signing players for between €0m to €3m or €3m to €6m,” as the Portuguese explained in 2020. “Players who will be worth much more in the future.” Despite his mastery of that philosophy, very few Campos signings, which helped Monaco and Lille win shock Ligue 1 titles in 2017 and 2021, have ever reached the level PSG need to aid a consistent Europe challenge, while the club haven’t ever been (and still aren’t) in a position to provide the right environment for those that have.

Al-Khelaifi identifying his policies as ‘Bling-Bling’ is shocking in itself. As well as the term being overtly synonymous with the superficiality that Paris are often criticised for, both right-back Thomas Meunier and forward Pablo Sarabia used the term to publicly lambast the club as recently as February. “At PSG, there are many stars. Here at Sporting, I found a family,” said Sarabia while on loan in Lisbon. “The mentality is great too, we are very far from bling-bling.” A few days earlier, Meunier damningly compared his new club Borussia Dortmund to PSG in L’Équipe: “We’re far away from bling-bling. When you make a mistake, you’re reminded that you’re in a working-class town. Here, we don’t treat people as consumers.”

Despite Al-Khelaifi’s lurch across the spectrum, QSI’s reported pursuit of Zinedine Zidane earlier this summer hinted at an internal power struggle between the engrained Bling-Bling approach and Camposism. Christophe Galtier’s appointment as coach shows Campos has prevailed but little would’ve changed had Zidane been receptive to Parisian advances. Despite being championed by Campos, Galtier owes his new job to Zidane repeatedly turning it down.

Galtier’s appointment on a tentative two-year contract feels like a begrudging experiment by QSI and Al-Khelaifi, one oddly born out of Bling-Bling. While Campos’ common sense is refreshing (ending the club’s pursuit of Ousmane Dembélé due to persistent injuries and attitude issues, for example) his own appointment came from the club’s desperate attempts to convince Kylian Mbappé to sign a new contract. His relationship with Campos’ predecessor, Leonardo, reportedly frosty, Mbappé suggested the Portuguese, a friend from their Monaco days together, as a replacement during contract talks earlier this year. Had Mbappé left for Real Madrid, Campos’ signing likely wouldn’t have happened. As a result, PSG’s traditional celebrity-pandering might have brought about its own end.

In turn, Galtier wouldn’t have been appointed without Campos. With minimal coaching experience in the Champions League (Lille’s 19/20 group stage campaign brought just one point) and none managing a club of PSG’s stature, not to mention players like Lionel Messi, Galtier’s appointment is a major departure. Although charismatic and tactically savvy, Galtier is a quintessential Ligue 1 coach – although one just as representative of the more dynamic present as the stoic pre-pandemic past. Like many a Ligue 1 coach, the adaptable but often pragmatic Galtier lacks the clear overarching style of Europe’s leading managers, who he will now be competing with. Realistically, PSG couldn’t get much further from Bling-Bling.

Aside from title success with Lille (and Campos), little from Galtier’s 13-year coaching career qualifies him for his new job. QSI concerns over spending more than €20m to sack Mauricio Pochettino and extricate Galtier from his contract at OGC Nice without an obvious talent upgrade are understandable. That logic could extend to the midfield arrivals of Vitinha from Porto and potentially Lille’s Renato Sanches. Other than Campos’ blessing, little suggests they’ll improve upon Leandro Paredes, Idrissa Gueye and Danilo Pereira. Links with Paul Pogba made more sense given PSG’s goals, obvious comparisons with Dembélé notwithstanding.

Nevertheless, baring a disaster, this version of Camposism will define PSG’s medium term at least. Like Mbappé, Campos’ powers seem to extend beyond his usual role – and those of his predecessor. As well as enjoying absolute control over recruitment, Campos has picked the team’s planned 3-5-2 formation, a setup Galtier hasn’t used in earnest since Saint-Etienne – his success at Lille being defined by a finely balanced 4-4-2. Campos will also instigate a squad behavioural policy which includes sanctions for wrong-doing.

The Campos-Galtier ticket, and the power it carries, may signal ‘the end of the glitter’ but both have much to prove, much like Campos’ idealised new philosophy itself. As Al-Khelaifi said: “Dreaming is one thing, reality is another.”