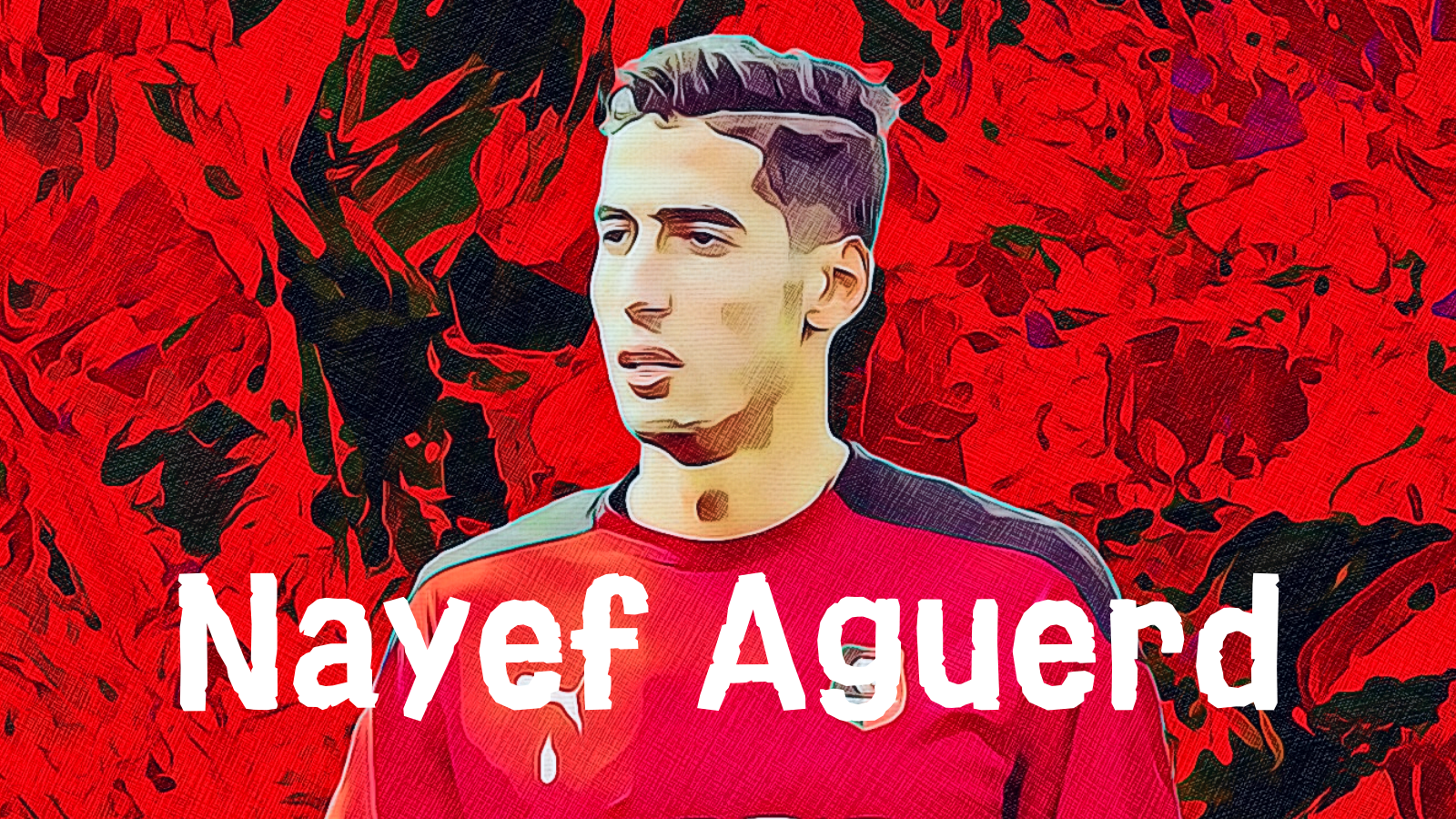 When you’re a defender in a team competing on the wrong end of the table, there’s always the likelihood that perceptions of your ability will not match reality. Things like clean sheets and goals conceded will almost certainly make you look bad. And even if you are able to beat all that to earn a positive reputation, bigger teams would still think twice before committing to a transfer. For Nayef Aguerd, this may have been one of the main reasons why he never got the respect he deserved while at Dijon. Admittedly, he didn’t play a lot of games due to injuries and the premature end to the 2019/20 Ligue 1 season due to the pandemic. However, in the games in which he did play, the signs were there. He was a diamond in the rough.

Dijon were not always the eyesore they were in the 2020/21 season when relegation was inevitable months before it happened. In fact, while Aguerd was there, they were one of the more exciting teams in the league – even if results didn’t always reflect that. They were a team loved by neutrals, not just because of how they played but also because of the players they had on show. Aguerd may not have had the swagger of forward Mounir Chouiar or the relentless hustle of striker Julio Tavares, but he was often a rock at the back.

Whenever he played, the Dijon defence looked a lot less vulnerable, the quality of their build-up was elevated and he was so dominant in the air that he affected things in both boxes. Poor performances were obviously expected every now and then but it was clear he could slot seamlessly into a team with bigger ambitions. That team turned out to be Stade Rennais, who swooped for the Morocco international in the summer of 2020, paying just over €4m.

As far as bargains go over recent seasons, Aguerd has been up there for Rennes and indeed Ligue 1. Rennes were a team playing Champions League football for the first time in their history, going from Dijon to a team playing at such a high level was always going to be a huge ask, but Aguerd has handled it brilliantly. The club’s Champions League campaign was forgettable but their new defender still performed admirably while consistently delivering fine performances in Ligue 1. In fact, he played 35 of 38 league games and finished the season with more appearances in all competitions than in any other season in his professional career. It was evidence of his quality and that he was able to quickly become a key member of the side in just his first season, despite the huge jump.

It was in December 2020 that Aguerd really started to enjoy his football as Rennes turned around a wretched start to the season. Even during February 2021’s dip in results, Aguerd remained one of the shining lights. Julien Stéphan’s departure and Bruno Genesio’s arrival didn’t affect his place in the team or his importance as Rennes experienced a resurgence that pushed them to a sixth-place finish and qualification for the maiden Europa Conference League. Aguerd’s contributions were key and many took notice. As a result of his performances, he was nominated for the Marc-Vivien-Foé prize, awarded to the best African football player playing in the French Football Championship.

In the summer, he was the subject of a €20m bid from English Premier League club West Ham, but Rennes refused to let him go. Slowly but surely, he’d finally caught the eye not just in France but in England. In hindsight, they made the right choice because his profile has kept rising and his start to the 2021/22 season has been nothing short of brilliant. Again, he‘s been dominant in both boxes, while also showing his range as a defender. By mid-December, he led the league in touches, was third for aerials won, third for clearances, third for percentage of aerials won, fourth for progressive passing distance and sixth for progressive carrying distance. He was also second for pass targets – as he was last season – a sign that he always knows where to be to receive a pass and constantly makes himself available.

Whether you need the Moroccan to lead your build-up with his progressive passing or carrying, or you need him to deal with threats, he responds emphatically. On top of that, he’s already scored four goals in all competitions. Rennes topped their Europa Conference League group which included Tottenham Hotspur and are currently Champions League spot contenders along with Marseille and OGC Nice.

In 2021, Aguerd also became more important for the Moroccan national team. From four caps in four years before 2021, he now has 16 caps and was an important member of the team during the African Cup of Nations. He has also been an important part of their flawless World Cup qualifying campaign and will expect to play in Qatar if Morocco get past the final phase of qualifiers.

When the 2021 began, eyes were starting to turn towards Nayef Aguerd, as many wondered just how good he was and would become. At this point, it’s clear he’s one of Ligue 1’s top defenders. It‘s inevitable that teams bigger than West Ham will look his way in 2022. It remains to be seen if Rennes will be able to keep their star asset beyond this season.