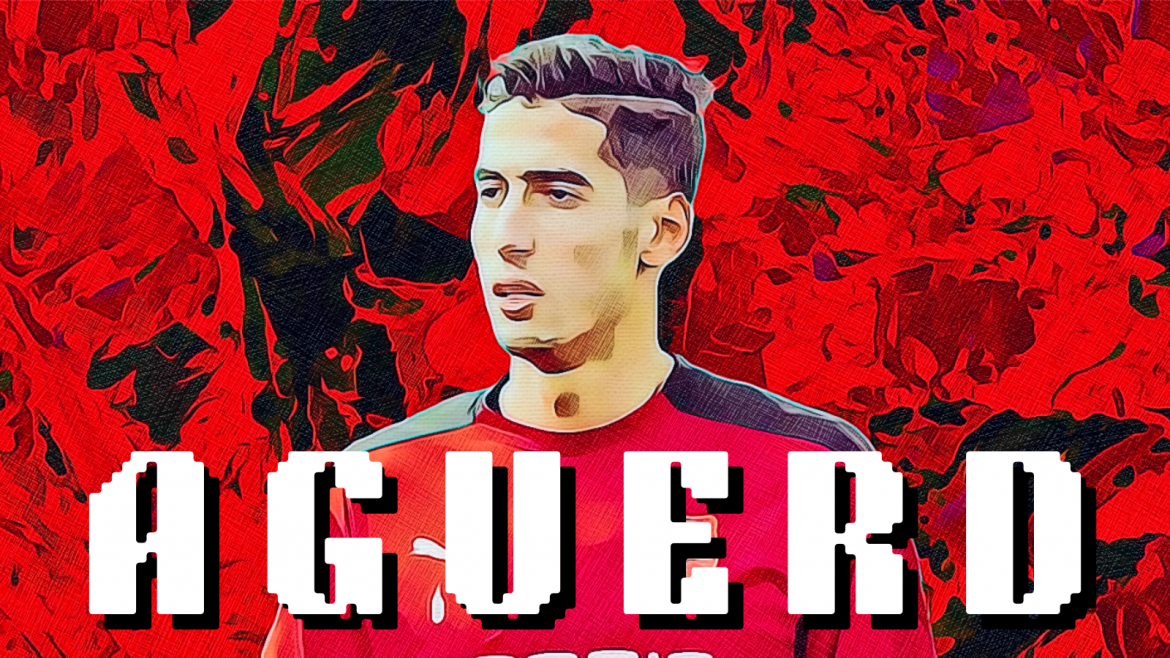 With the departure of Rennes’ 26-year-old centre back Nayef Aguerd a near certainty, it would be useful to look at the type of player the Breton side are losing, and whichever side, likely West Ham United, would be gaining.

The left-footed Moroccan defender joined Rennes from Dijon in the summer of 2020 for a fee of around €5m. Despite Aguerd missing a large portion of the curtailed 2019/20 season due to injury, the newly appointed Rennes technical director, Florian Maurice, had seen enough to make the player one of his new signings. Aguerd immediately slotted into the first team, becoming a regular alongside the experienced Damien Da Silva. It took a while for Aguerd to settle, looking a little shaky and nervous at times as well as being caught out of position on occasion too. However, as the season progressed, he began to emerge as a reliable presence.

Bolstered by a largely uninterrupted, injury-free season and European experience in the Champions League with Rennes, Aguerd entered the 2021/22 season with an expectation to maintain progression as a leader at the back. This was only heightened with the departure of Da Silva, leaving Aguerd as the senior centre-back alongside academy graduate Warmed Omari, who was yet to feature for the first team, and summer signing Loïc Badé from Lens. With both only 21 at the start of the season, there was significant pressure on Aguerd to really step up. A combination of injury, suspension and a lack of form kept Badé out of the first team, leaving Aguerd partnered with the rookie Omari for the majority of the campaign.

Rennes fans worried about how that partnership would fare but were soon able to put those doubts aside. Whilst Omari rightfully received attention for his first-team debut season, it could easily be argued that he wouldn’t have been able to perform at such an impressive level were it not for the guidance of Aguerd. Aguerd relished taking on the senior role and enjoyed his standout season to date, marshalling the Rennes’ defence strongly, resulting in the team conceding only 40 goals across the league season, a number only beaten by PSG, Marseille and Nice.

His one notable blemish was a red card picked up against Lorient, which saw him ruled out of crucial end-of-season games against Saint-Etienne, which Rennes comfortably won, and the Breton Derby away at Nantes. With Baptiste Santamaria dropped back into an unfamiliar centre-back role, defensive weaknesses were exposed and Rennes were beaten. In a world of “what-ifs”, the presence of Aguerd could have seen that defeat avoided, a win secured and an eventual third-place finish for Rennes, instead of fourth, equalling Champions League football. Do not, though, let that hypothetical mar what has been a fantastic season for Aguerd and Rennes, it is to no surprise that wealthier teams are looking to make a bid for the defender.

In terms of attributes, Aguerd has fantastic pace, solid distribution, and a calmness on the ball, as has been repeatedly seen at Rennes, with him happy to bring the ball out of defence. Slight questions might be raised over his positioning at times, which was certainly the case during his first season with Rennes, however, it’s clear he has worked on that and there has been improvement this season. Tall and strong, he’s dominant in the air, allowing him to be a threat from balls into the box, where all seven of his goals for Rennes over the last two seasons have come from. For a defender, he is surprisingly disciplined, only picking up that solitary red card and 10 yellow cards in two seasons.

Now an established Moroccan international with a successful season under his belt, it’s clear to see just why he’s attracting big-money bids from across the Channel. The loss of Aguerd will hit hard for Rennes. However, a reported fee of around €30m, will at least allow them the finances to recruit a replacement. Whoever completes the 26-year-old’s signing, they’ll be taking on a centre-back in their prime with the performances to back up the transfer fee, in a move which should see him continue to thrive.