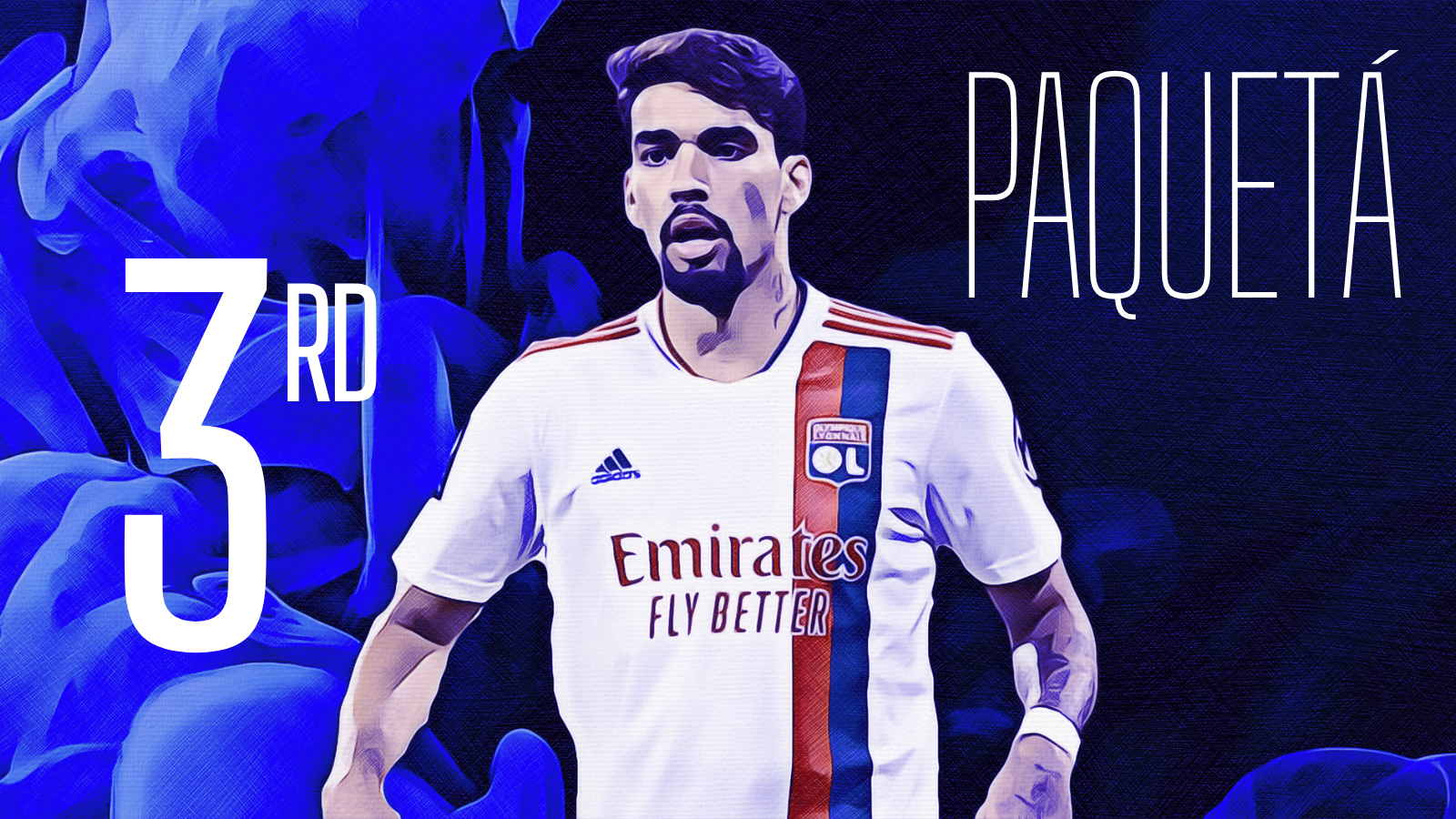 At times in 2021, it was more than fair, perhaps even gospel, to say that Lucas Paquetá was the best player in France. He was initially derided as a player brought in by Juninho more for his being Brazilian than for anything he had displayed on the pitch, coming from AC Milan at a cost that was roughly half of what the Rossoneri had spent when signing him from Flamengo less than two years earlier. His arrival was a surprise, and given the now-former sporting director’s record in signing his countrymen, there have been far more poor signings than brilliant ones. His place in the squad also seemed curious. The emergence of Maxence Caqueret had been a tonic for the team’s play following the resumption of football in 2020, and with Bruno Guimarães, Houssem Aouar, Jean Lucas and Thiago Mendes also options in central midfield, he hardly seemed a need-based signing.

A late arrival to the club following a European transfer window that was extended owing to COVID-19, Paquetá didn’t make his first start for Lyon until mid-October, in a scrappy 3-2 win over Strasbourg. Playing as part of a midfield three, he turned in a solid if unexceptional display, with Memphis Depay and Karl Toko Ekambi running the show in attack. With competition for places from the aforementioned quartet, and Rudi Garcia favouring a 4-3-3, it wasn’t until later in the season that he began to make a real impact, playing as a number ten with more room for expression, despite the manager’s noted proclivity for somewhat elemental football.

With eight goals and four assists in the second half of the season, Paquetá was the club’s most influential attacker, allowing Lyon to remain in the title race despite dips in form from Toko Ekambi and Tino Kadewere. Moreover, while not the same sort of player as Depay, Paquetá looked to have the combination of star quality, creativity and ability to function as both a creative hub that the Dutchman had, with far more to offer in terms of his work rate and versatility. Knowing that Depay would be off in the summer, his displays were a massive balm for Gones fans, who may have been approaching the summer with no small amount of trepidation.

Indeed, in some ways, Paquetá may even be an upgrade on Depay, but for the amount of goals scored. His doggedness in tracking back and getting stuck in is remarkable. Despite his obvious technical gifts, he has always been ready to get stuck in and work for the good of the team, taking up positions that may be deeper in midfield than he would prefer, having stated that he feels he works best as a number ten. No player on the team last season save Maxence Caqueret made more tackles, and he also offered a surprisingly strong aerial presence, using a deceptive combination of wiry strength and his height to belie the stereotype of the technically gifted Brazilian midfielder.

For his country, too, Paquetá has been immense, as his form at Lyon has more than made up for his rather aimless spell in Italy in the eyes of Tite. Having impressed as a playmaker for Lyon, he was used most often this summer as an attacking midfielder, edging ahead of the likes of Gerson and Philippe Coutinho, and scored a pair of key goals in the knockout rounds as Brazil made the final of the Copa America, losing to Argentina. Building on his fine summer displays, he’s continued to be a regular starter for the Selecão into the autumn, helping the team qualify comfortably for Qatar 2022 by topping the CONMEBOL table.

Clearly a player who is ready to give all for club and country, Paquetá’s travel and exertions are myriad, but they didn’t appear to be affecting his play. He may even have taken a step toward becoming a Lyon legend by coming off the bench against Monaco, despite having played 90 minutes for Brazil in South America less than 48 hours prior. Once on the pitch, he took a scoreless match by the scruff of the neck, including an incredible “blind” pass in the build-up to the match’s final goal in a 2-0 win. A truly heroic display, it only added to his reputation and helped him to be named the Ligue 1 Player of the Month for October, building on his place in the prior campaign’s Team of the Season.

However, a spate of injuries to Kadewere, Islam Slimani, and Moussa Dembélé would see him used as a false nine in some half a dozen matches. While he was surprisingly effective in this role, the physical toll of battling with Ligue 1’s notoriously physical central defenders seems to have sapped him of some of his usual verve. Despite being rested in the Europa League, the team’s qualification having been sealed, he has looked off the pace in the year’s final six weeks.

The hope here, then, is that with Lyon’s unseemly elimination from the Coupe de France owing to fan trouble against Paris FC, a full two-and-a-half weeks off before OL take on Paris Saint-Germain in the new year will leave him reinvigorated and fresh. Given Lyon’s poor form in the league, a return to form from the player the team’s fans have dubbed “Craqueta” can’t come soon enough.

While the Ligue 1 table remains tightly packed below Paris Saint-Germain, with OL only nine points off second at the new year with a game in hand, time will soon become of the essence. If Paquetá can be back to the dynamic, consistently all-action presence that marked the vast majority of 2021, Lyon can be back in the race for the top three, allowing his brilliance to flourish in next year’s Champions League.