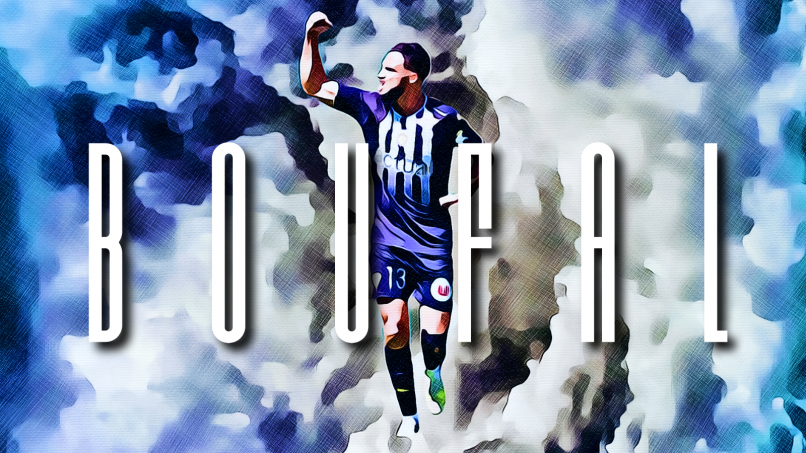 Say the name Sofiane Boufal and one thing comes to mind – his solo goal for Southampton against West Brom. Picking the ball up inside his own half at St. Mary’s back in October 2017, the winger danced by Allan Nyom, Grzegorz Krychowiak, Jake Livermore, Craig Dawson, and Gareth McAuley, before placing a delicious shot past Ben Foster and into the bottom corner. It was a moment of pure magic and was justly named Premier League goal of the season. However, that strike was one of just two goals that Boufal netted that campaign, which tells the story of his Saints career.

Boufal arrived on English shores for a club-record £16m off the back of an impressive spell at Lille. He’d scored 11 and assisted four in his final league season in France and big things were expected. Coming with a reputation as a mazy dribbler with immense close control, a turn of pace and a low centre of gravity, Boufal demonstrated all these things at Southampton. The one thing he didn’t show was the end product needed to compete in the Premier League. In 50 league appearances, 23 of which were starts, Boufal scored a measly three goals and added just two assists.

Now back at Angers, having been part of their academy before moving to Lille, Boufal has rediscovered his form and is finally delivering on the promise he previously displayed in Ligue 1. Now 28, Boufal is arguably the king of flair and flamboyance in France, and his technical ability has been firmly on show in the last year. Underlining his vast improvement in the final third, he’s already netted five and assisted four in 18 Ligue 1 games so far this campaign.

His 2021 didn’t start in spectacular fashion, however. Injury troubles and a lack of consistency cursed the Moroccan once more and he failed to contribute a goal or an assist in the second half of the 2020/21 season. He was still his enigmatic self with his quick feet and intelligence on the ball ensuring he couldn’t be marked but poor end product remained. But, since the start of this current campaign, things have changed dramatically. Boufal has added goals to his ability with the ball at his feet but his underlying numbers haven’t dipped. The one difference is his position on the pitch.

While he’s always been a left-winger, cutting inside to wreak havoc, this season he has been deployed through the middle in a strike partnership, mostly with youngster Mohamed Ali-Cho, as part of Angers’ 3-5-2 system under new coach Gérald Baticle. For someone with such low goal-scoring numbers, it seemed a bizarre move but it’s proven to be a stroke of genius by Baticle. Boufal is still completing 3.4 dribbles per 90 minutes but his shot count has increased from 1.6 per 90 last term to 2.2 this time around.

Boufal still tends to drift out to the left flank but the freedom he has to roam is getting the best out of him with the Moroccan popping up on the right at times while also dropping deep to pick up the ball when needed. 2021 has proven that he is still as good as his talent previously suggested. In a 2-1 defeat to PSG earlier this campaign, Boufal delivered the inch-perfect cross for Angelo Fulgini’s opener and, while it couldn’t prevent an unfortunate loss, it demonstrated the advancements in his game. The Boufal of before wouldn’t have come up with such an assist and, although he does still play with his head down on occasions, he’s become far more spatially aware of his surroundings this year.

The one criticism of Boufal has always been his inability to produce meaningful contributions in the final third, but he’s managed to rectify that this season. Against Reims at the start of December, Boufal scored and assisted in the same game for the first time since April 2019, when he did so on loan at Celta Vigo against Girona, to mark his vastly improved attacking exploits. The goal in that game did come from the penalty spot, which was expertly placed, but it was awarded after his shot which was handled inside the box, and the assist came via a perfectly-weighted ball into the path of Fulgini.

Boufal has made his name as a tricky winger with dancing and deceiving feet but in 2021 he added so much more to his game. His intelligence on the pitch has improved, and he now makes the right decision more often than not. At last, Boufal has stepped up to become a player who can be relied upon and contribute regularly.

Angers have been one of the most exciting teams to watch in Ligue 1 this season with their dynamically fluid football catching the eye and Boufal has been a key catalyst. He’s not lost his graceful dribbling style but he’s blossomed into one of Ligue 1’s best forwards and, if he keeps it up, Angers will stay well clear of relegation again. His relationship with fellow creator Fulgini is one of particular note and it’s a credit to Baticle that Boufal has evolved into this new 2021 version of himself. Now 28, it may be finally time for Boufal to fulfil his potential in 2022.