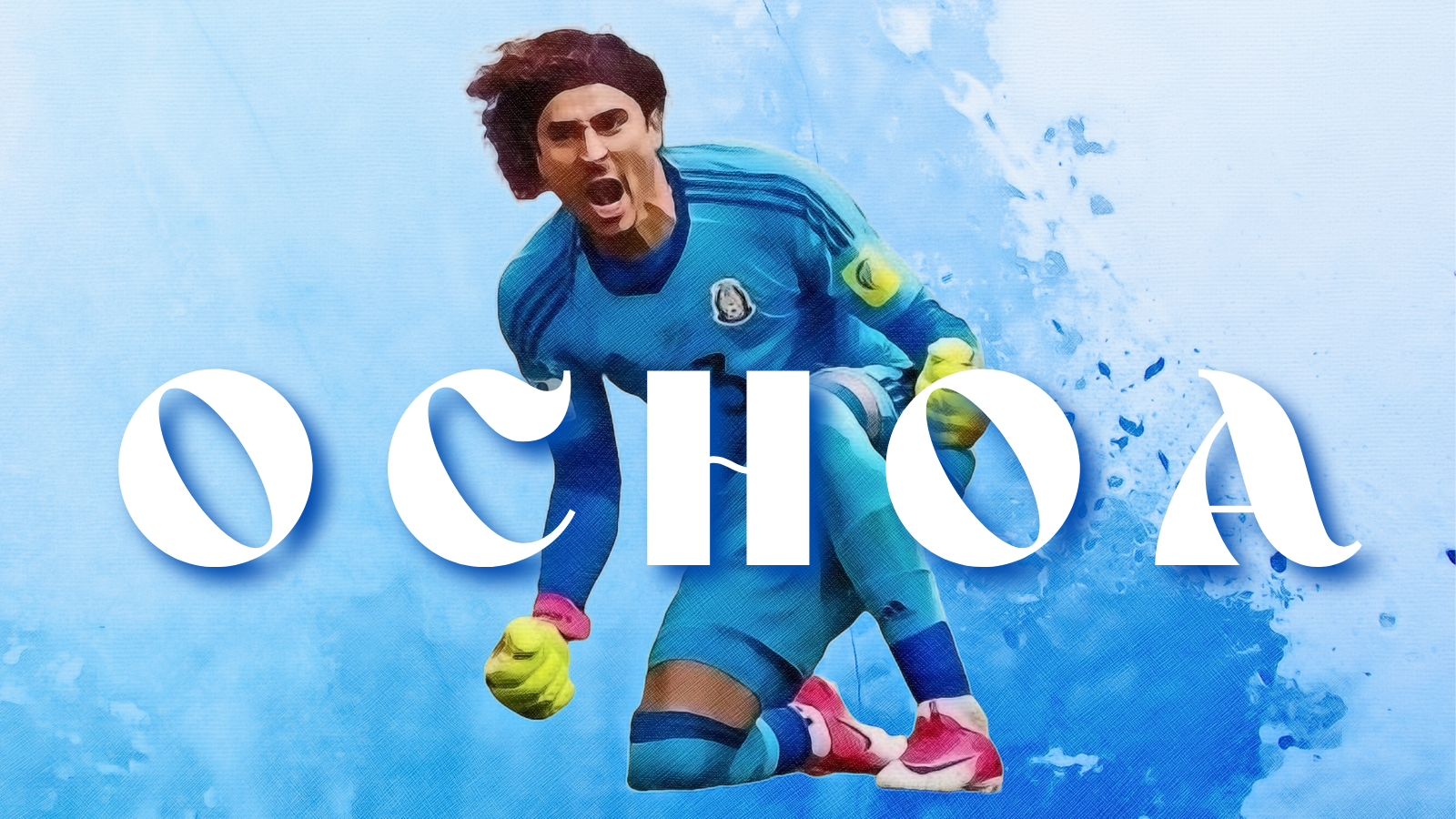 In this second episode our new Streets Won’t Forget series, we look at one of the most spectacular keepers to ever grace Ligue 1: Memo Ochoa. The previous entry in this series can be found here.

“Otra vez! Otra vez! Otra vez!” Again, again and again. This time, the commentator really lost it. On that warm afternoon at the Arena Castelao in Fortaleza, in truth, nobody could quite believe it. How is this game still goalless? How has Thiago Silva not managed to score with a point blank header? Guillermo ‘Memo’ Ochoa was the reason.

Ochoa, Mexico’s goalkeeper, prevented Brazil from scoring at all in that second group stage game, and was responsible for the hosts’ first 2014 World Cup disappointment. After such an incredible performance, Ochoa attracted worldwide attention. The flamboyant ‘keeper already had a strong reputation in Latin America, and in France, but remained relatively unknown otherwise. For the rest, it was impossible not to fall in love with him too His long curly hair, trademark headband and spectacular style made him an instant World Cup cult hero.

Born in Guadalajara, Ochoa started his career in 2003 at 18 with Mexico’s biggest club, Club America. Ochoa was a raw talent that quickly made a name for himself across the continent by winning titles with his club – including a CONCACAF Champions League – and making a strong impression with El Tricolor, the Mexican national team. Ochoa would quickly become a national idol thanks to a series of impressive performances in important competitions. One of the most notable being an incredible display in the 2007 Copa America against Brazil, helping Mexico grab a 2-0 win.

Having built quite the reputation in Mexico, there was still something missing on his résumé – success in Europe. In 2011, after almost a decade and 289 games with Club America, it was time for local Memo to take the plunge and leave for the Old Continent. Despite having his name cited by sides like Fulham, PSG and Manchester United, Ochoa ended up at Corsican club AC Ajaccio. This strange career choice, considering Ochoa’s level, was in fact a matter of politics.

His move to France was partly motivated by Televisa, a Mexican media conglomerate that owned Club America. In 2011, the firm bought Ligue 1 TV rights and needed a strong Mexican star in the newly acquired league to attract viewers. However, Ajaccio were the only ones to make a concrete move for the keeper after a doping scandal at the Gold Cup.

The small Corsica club had the smallest budget in Ligue 1 at the time but Ochoa would rapidly become one of the best keepers in the league, helping Ajaccio remain in the first division for three consecutive seasons. His style was spectacular, explosive and mesmerising – in the purest tradition of South American ‘keepers such as René Higuita, José Luis Chilavert and fellow countryman Jorge Campos. He was a monster on his line and graced Ligue 1 stadia with some incredible reflex stops which quickly became his hallmark.

But Memo Ochoa was more than just a showman, he was also a very good goalkeeper, making 146 stops in a single calendar year (2013) while always stepping up for the big games. Memo was the kind of keeper you paid to see, a born entertainer, a player that could change the course of a game. Whenever Ajaccio faced one of Ligue 1’s more illustrious clubs. you knew a big Memo Ochoa performance was on the horizon.

Indeed, 2013, during his last season with the Corsica club, saw one of the best goalkeeping performances in the history of the league, against PSG at the Parc des Princes. The result was meant to be a formality but nothing went as planned. The Parisians conceded an early goal to ACA midfielder Benoît Pedretti and only converted one of their 36 attempts, 12 of which were brilliantly saved by Ochoa. That night, the Mexican was unbeatable, save for one last-gasp strike from newcomer Edinson Cavani which rescued the hosts.

This legendary performance really put Ochoa in the spotlight and made him a fan-favourite across the country. Despite never winning any personal awards, maybe because he played in a struggling side, he still established himself as one of the finest keepers in Ligue 1’s recent history by making spectacular saves again, again and again.

PLAYER RATINGS | Chelsea 2-0 Lille, LOSC can be proud but were beaten by a far better side