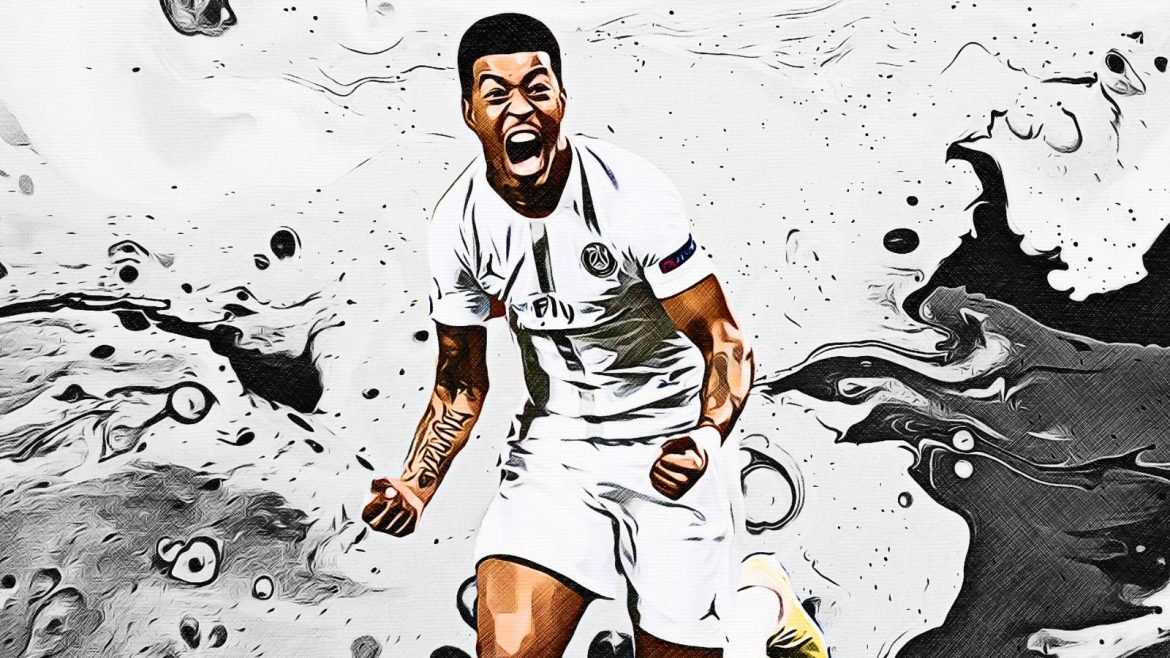 “Presnel Kimpembe has everything to become one of the best defenders in Europe,” those were the words of current Chelsea boss Thomas Tuchel back in February 2019. At that moment, the German coach was in the midst of a two-legged tie with Manchester United in the Champions League round of 16, while a 23-year-old Kimpembe was sitting on the side lines battling injury. Now 26, the French centre-back has only missed six PSG games since then and has become a key, if slightly controversial, regular in the Parisian backline.

Despite talk of a move this summer, Kimpembe had previously stated he’d like to stay in that backline for the rest of his career. That’s not all too surprising for those who have followed Kimpembe since he started breaking through the ranks in Poissy as a 17-year-old. Born in Beaumont-sur-Oise in northern France, Kimpembe joined PSG aged eight in 2005. By 2013, Kimpembe was turning out for the senior side, however his minimal game time didn’t satisfy the centre-back and he openly criticised the club’s youth policy in 2016, telling French magazine Onze Mondial: “Those who work with the younger players could give them more of a push.”

He’d come through the ranks with Bayern Munich forward Kingsley Coman and he admits the winger’s departure two years earlier had affected him. Then-PSG coach Unai Emery must have heard those words as he gave Kimpembe 19 league starts in the following 2016/17 campaign. Since then, the 6ft defender has been ever-present, playing 220 times for Les Parisians already which puts him 27th on the list of all-time appearance makers at the club.

However, the defender’s composure on the ball helped him establish a permanent place in PSG’s team. Since the 2017/18 season, Kimpembe has been in the top two for pass accuracy in the PSG squad every single year, even leading Europe’s top five leagues for pass completion last season while no outfield player in the Paris squad was dispossessed less times per 90 minutes than he was, according to FBRef.

However, that hasn’t immortalised him in the eyes of all PSG fans due to some rash tackles and errors in judgement. In 2018/19 he received a three match ban following a reckless challenge on Tanguy Ndombele against Lyon, and arguably should have been sent off after fouling Marcus Rashford against Manchester United when he was already on a yellow card. In 2021, under Mauricio Pochettino, Kimpembe was called out by Arsene Wenger, a pundit French broadcaster beIN Sports, for quite literally jumping out of the way of a Riyad Mahrez free kick that sent Manchester City through to the Champions League final.

It’s not all been bad though, as most who’ve seen the clip of Kimpembe making a genuinely heroic tackle against eventual 2021 title-winners Lille would agree. With four Lille players breaking on the counter, Kimpembe, PSG’s sole defender, charged after Burak Yilmaz to throw himself in front of the ball and win it cleanly. The tackle is made all the more legendary by the fact Kimpembe pulls his hamstring moments before he chases down Yilmaz, showing heart as well as talent. The game finished 0-0.

Last year, Kimpembe enjoyed a less troubled season in Paris, and finally began to establish himself as a France starting centre-back after playing all available minutes at EURO 2020, becoming the first PSG graduate to captain the national side. Born to Congolese and Haitian parents, Kimpembe theoretically could have turned out in a different international shirt to Les Bleus’, especially since he made a single appearance aged 19 for DR Congo’s under 21 side back in 2014. He instead pledged allegiance to Didier Deschamps’ team and, while he failed to start two consecutive games in a calendar year until 2020, he’s played 90 minutes in seven of the last 11 games he’s been called up for.

Now, however, Kimpembe appears to be at a crossroads. While new coach Christophe Galtier laughed off links to Chelsea, the defender teaming up with Tuchel once more is still very possible this summer. Leaving Paris never appeared to be the plan, especially since he captained the side on nine occasions last season, but this is a footballer on the verge of his prime, and those years may yet be spent away from France. It would be a shame, considering Kimpembe is one of the few homegrown players to fully establish themselves in the Qatari era at PSG but, with Paris pursuing other defensive targets, a move may be needed if he’s to make good on the promise Tuchel spoke of.