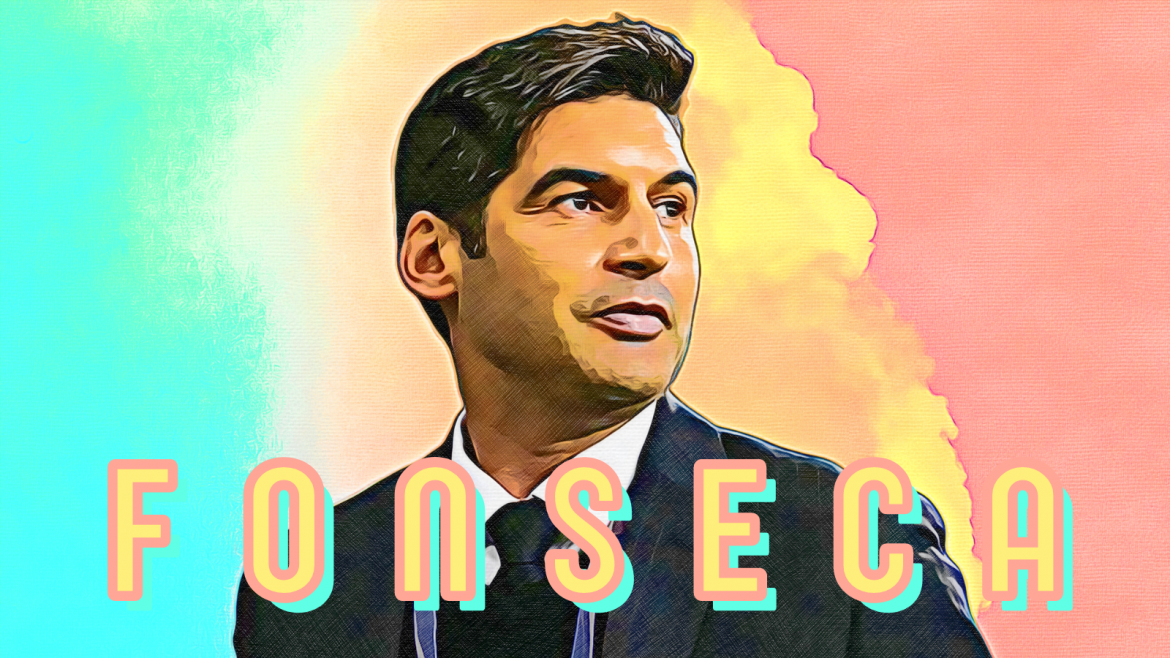 After the disappointing season Lille have suffered, club president Olivier Létang would have been hoping to bring in someone slightly more exciting than Paulo Fonseca.

The Mozambique-born Portuguese-national has managed Porto, Braga, Shakhtar and most recently Roma, who he left at the end of the 2020/21 season. Since then, the 49-year-old has been touring Europe’s clubs in search of work, turning up at Tottenham in an infamous deal that collapsed last summer.

Still, there is promise to this appointment, as Fonseca has come into a sinking ship before and steered to safety.

His spell at Shakhtar, from 2016 to 2019, was by far the most successful in his career, as the club had just lost Alex Texerira and failed to win the league in the past two seasons. Shakhtar were also early in the aftermath of Russia’s first strikes on Ukraine in the Donbas region.

Even with an inability to speak Russian or Ukrainian – although his native Portuguese did prove useful – Fonseca’s wing-focused tactics got the best out of the likes of Marlos and Taison. Around 75% of the team’s attacking play was funnelled down the wings during his stay there, and he won the Ukrainian Premier League three separate times.

It’s unlikely that Lille will be asking Fonseca to win another Ligue 1 title any time soon, as by current trends they will be expecting that to happen again in 2031. Rather, Les Dogues will need to keep operating in the way they have done throughout the past decade, in selling prodigious youngsters at large profit.

During his time in Shakhtar, Fonseca was responsible for injecting output into the likes of Fred, Facundo Ferreyra, and former Everton midfielder Bernard. The latter contributed to 17 goals and assists across two league seasons under Fonseca, and back in 2018 Bernard told the UEFA website: “With Paulo Fonseca, I would say I finished my process of learning in football.”

“He helped me a lot and facilitated my decision-making process, allowing me to think and act a few seconds quicker, working equally on the tactical side, something in which I was not so strong.”

It’s those words that will be music to the ears for the likes of Tim Weah, Angel Gomes and Isaac Lihadji, Lille’s trio of young exciting attacking forwards who often feel lacking when on the pitch in a Ligue 1 match.

Fonseca’s time in Europe though has been tarred by his two-year spell at Roma, where he drew enough criticism to lose his job despite reaching a Europa League semi final in 2020/21. However, when looking past the 5th and 7th-place finishes, there were mitigating circumstances for Roma in that time.

It’s worth remembering that across both seasons, his goalkeeper Pau López (now at Marseille) had a troubled time. According to FBREF’s PSXG stat, which measures the amount of goals a goalkeeper should expect to concede from shots faced, Lopez conceded 2.5 goals more than expected in the 19/20 campaign.

In the 20/21 season, criticism grew so fierce that Lopez was dropped for half the league games. Perhaps that partly explains why Roma conceded 58 goals in that final season, the most of any team who finished in the top 10.

The switch to a back three in that second year was also likely brought on by the ineffectiveness of the widemen at Roma, as strangely another player who has found his feet since at Marseille, Cengiz Ünder, was also inconsistent in Rome.

Switching to a back three allowed for Henrikh Mkhitaryan to play behind Edin Džeko, alongside the talismanic Lorenzo Pellegrini. It also gave full-backs Leonardo Spinazzola and Rick Karsdorp the freedom to push forward, and both played great football under Fonseca.

That year the Italian scored and assisted 13 goals, only beaten by Mkhitaryan’s 23 goal contributions, as he found his feet as one of Serie A’s most devastating creators in those years.

Being flexible to change to his players’ needs could be a needed boost to a Lille team that under Jocelyn Gourvennec felt like an imitation of Christophe Galtier’s title winning side. The 4-4-2 counter attacking tactics had grown stale by the time they were knocked out of the Champions League by Chelsea in February.

While Fonseca’s record in Europe is mixed beyond his run with Roma, the rest of his CV could prove to be useful in northern France. That will only be if he avoids falling out with his players, like he reportedly did with Edin Džeko in Italy.

Despite the lack of excitement around this appointment, Fonseca has the potential to take the best bits from the spells with his last two clubs, and put the energy saved over the last 12 months to good use at Lille.

It’s also another opportunity for Ligue 1 to welcome some foreign coaching, as Phillippe Clement, Peter Bosz and Jorge Sampaoli have all arrived in the past two years to instil new tactics to top French sides. The question is if Fonseca can be more like Monaco’s Clement, than Lyon’s Bosz.