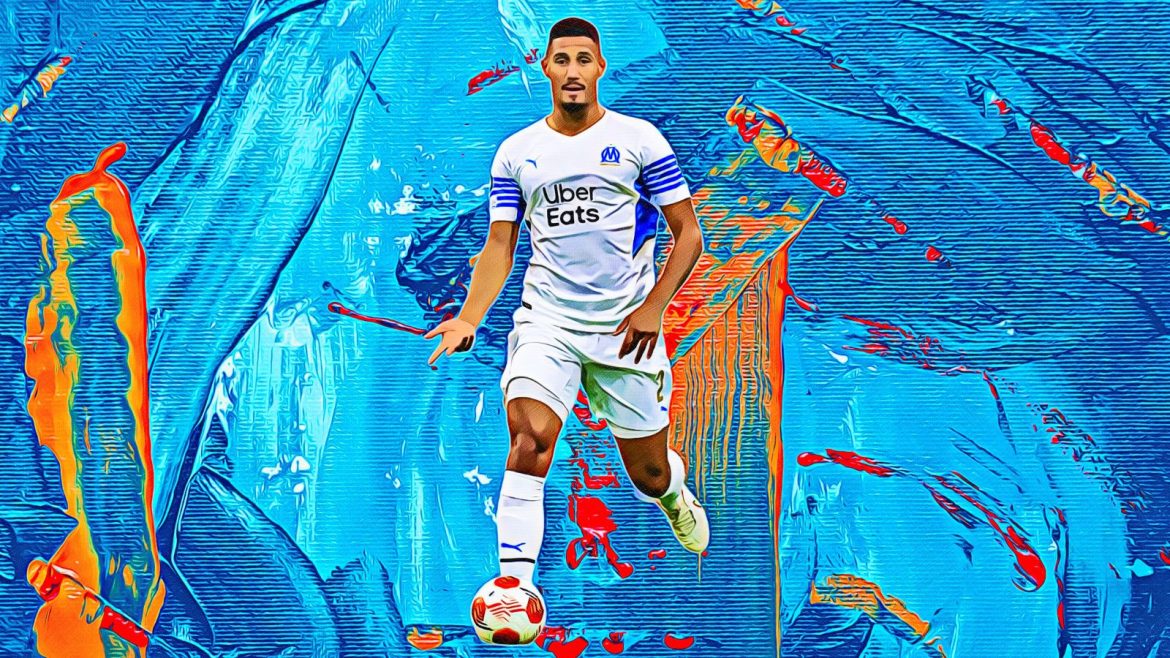 William Saliba and the ancient Greek King Odysseus, hero of Homer’s The Odyssey, have little in common. Expect, perhaps, Nostos. Nostos is a Greek word used to describe the glorious return of a hero in Ancient Greek storytelling after overcoming a string of challenges to make it home. While Saliba’s eighteen months in Ligue 1 with OGC Nice and Marseille haven’t been quite as epic as the stories of Odysseus, Nestor and Achilles, the 21-year-old centre-back returns to London a far more accomplished player than when he left. Can he become an Arsenal hero?

Despite winning Ligue 1’s young player of the year award last season, Saliba’s development at Marseille meandered more than recent praise and hype suggests. At his best, Saliba is a composed, graceful and effortlessly efficient defender, but he can be unsettled by a persistent press and more aggressive forwards. Although errors were slowly weeded out over the year, early season lowlights included a worryingly indecisive display in the 3-2 home loss to Lens and a string of ineffectual Europa League performances, most notably in the 4-2 loss at Galatasaray.

Positionally, Saliba is often at his weakest, and he can notably lose runners in blind spots when facing crosses, where he can appear static. His body shape when defending from a fixed position needs work, as he can ball-watch or lack awareness of the defensive situation and is often caught facing his own goal. As something of a smooth-operating ‘Rolle-Royce’ type centre-back, Saliba can also lack intensity in his defending and sharper forwards with intelligent movement can too easily outmanoeuvre him off the ball.

However, although those flaws remain to some extent, having joined OM last summer at just 20-years-old after just 60 senior games, as an ever-present for Marseille under now departed coach Jorge Sampaoli Saliba started 52 games last season and his development finally started blossom. By the end of the campaign, with the form of Dimitri Payet and Mattéo Guendouzi fluctuating, Saliba became not only Sampaoli’s leading defender but arguably his team’s key player – even if it it took the season for the French defender to be ready to assume such responsibility.

Saliba’s mobility and reactive defending higher up the pitch, when the game is largely played in front of him, became crucial to Sampaoli’s constantly evolving setup. Saliba was usually stationed on the right of a three-man defence which often became a four during transitions as Valentin Roniger shuffled cross from central midfield to slot in at right-back. An asymmetrical formation was the result as the three centre-backs would tend to drift left, leaving Saliba half the pitch to defend on his own with Rongier shuttling between positions.

Although Lazio exposed this lop-sidedness in the Europa League, somehow failing to score at the Olimpico in October, few other sides did the same thanks to Saliba’s tendency to expertly motor across to sweep up danger before confidently playing his way out of trouble. No one in Europe’s top five leagues bettered Saliba’s pressure win percentage of 46.8% last season and the Frenchman’s refined ability to defend one-on-one greatly aided Sampaoli’s unusually mean defensive record. Only PSG and OGC Nice, with 36 each, conceded fewer than Marseille’s tally of 38 goals against, a surprise given Sampaoli’s gung-ho reputation as a famed disciple of Marco Bielsa and an overtly attacking set-up on paper.

With so much of the pitch to himself, Saliba’s astute and broad passing dictated Marseille’s move construction and tempo from deep all year. No one in Ligue 1 had more touches or progressed the ball further than Saliba last season according to FBRef. His ability to, for the most part, serenely turn away from and breeze past forwards before arrowing neat passes into midfield was perhaps his greatest asset. Despite being a centre-back, Saliba finished eighth in Ligue 1 for most passes into the final third while making the top four for pass competition percentage.

However, his keenness play his way out of trouble, drawing some parallels to the upright, chest-out style of a young John Stones, and susceptibility to the most organised presses could be an issue in the more entropic, hectic Premier League at Arsenal this coming season. Despite an influx of more dynamic coaches over the last 18 months, Ligue 1 is still relatively stoic and pragmatic next to English football and the relentless pace could unsettle Saliba. Although Saliba’s own juggernaut-like pace can often rescue him, mistakes should be expected this season.

Nevertheless, still just 21, Saliba has developed markedly in the last year overall, underlining how important game time is for young players like him at this stage of their careers, before making a major jump up the footballing ladder. Considering the erratic nature of his fellow OM centre-backs, such as the clumsy Luan Peres and the often cumbersome Duje Ćaleta-Car, the importance of Saliba’s poise and defensive intelligence to Marseille’s second place finish in France might have actually been understated, despite his recent acclaim, such was the pace of improvement.

From Arsenal’s point of view, despite the furore over spending €30m on a player only to loan him out (twice) before a league appearance was made, Gunners coach Mikel Arteta’s decision to afford Saliba game time in Ligue 1 has paid off. Having nearly doubled his senior experience in a single season and become a more considered, wily and intelligent defender in the process, Saliba returns to London far from the complete centre-back but one capable of handling the intense Premier League pressure. However, as at OM, he again needs games and patience from Arteta and the Arsenal fanbase as mistakes will be made – a necessary part of his development.

Saliba is likely to equally thrill and frustrate Arsenal fans this season, assuming he’s given the game time he’s hoping for, but his potential more than justifies bearing with him. Already a senior France international, Saliba has the bourgeoning defensive intelligence, the serene and precise use of possession and the physical potential needed to become one of Europe’s leading centre-backs over the next two or three seasons. Unlike Odysseus and the rest, Saliba is unlikely to receive a hero’s welcome upon making it home to the Emirates but trials and challenges have been overcome during his 18 months away and he returns with a chance to earn a place as an Arsenal hero.