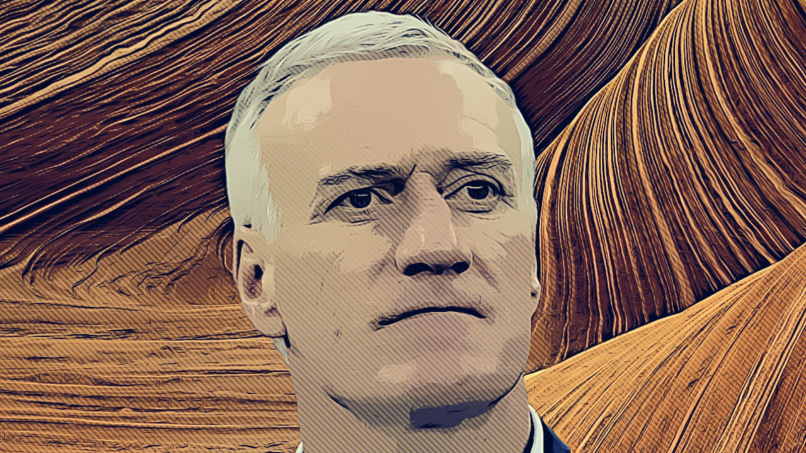 After Jonathan Clauss and William Saliba made their international debuts last month, if Didier Deschamps could only pick French players from Ligue 1 for his 2022 World Cup starting XI who would make the team? He may want to look more closely at Ligue 1…

GK, Alban Lafont (Nantes) – The 23-year-old may have underwhelmed at Fiorentina but his cat-like style and the faith of FCN coach, Antoine Kombouaré, has made him one of Ligue 1’s leading ‘keepers over the last year. He received a goalkeeper’s first 10/10 rating from L’Équipe since 1997 for his remarkable display as Nantes beat PSG in February and is positioning himself to compete with Mike Maignan to be France’s next number one.

CB, William Saliba (Marseille) – Although mistakes have been made, Saliba’s overall development this season has been a credit to his talent and a misstep for Mikel Arteta who deemed him surplus to requirements at Arsenal. The 21-year-old made his senior France debut last month and his serene yet bold style could be perfect for Deschamps in Qatar, especially given his effectiveness and comfort as the rightmost of three centre-backs.

CB, Boubacar Kamara (Marseille) – Widespread Premier League interest has followed the Marseille academy graduate for some time and he’ll finally leave (for free) this summer. Having started out as a central defender, Kamara has morphed into one of Ligue 1’s most reliable sentinels and he would be perfect for stepping out and starting attacks from the back in this team and maybe for Deschamps soon too.

CB, Presnel Kimpembe (PSG) – The now 26-year-old defender still plays like an excited teenager. He’s often bullish and proactive but regularly proves a liability via lapses in concentration, giving a sense that he’s still learning his trade despite his age. However, at his best, Kimpembe is a classy operator and, given his experience as a left-sided centre-back, and even at left-back, he fits nicely on the left of three centre-backs here, and for Deschamps.

RWB, Jonathan Clauss (Lens) – One of Ligue 1’s standout players in 2021, the 29-year-old finally made his international debut in March after months of championing from Lens fans and sections of the press. His powerful and relentless crossing from a variety of positions could become an underrated source of creativity for Les Bleus, especially Karim Benzema, in Qatar. Given a lack of options, he could be in the right place at the right time come November.

LWB, Dimitri Liénard (Strasbourg) – The 34-year-old benefits from few Ligue 1 alternatives in this role plus a stellar season as Strasbourg chase the podium places. His leadership, composure and technical ability, not to mention surprising energy levels given his age, have been crucial to Strasbourg’s consistency and attacking verve. Is he the oldest wing-back in Europe?

DM, Aurélien Tchouaméni (Monaco) – Having signed for Monaco two years ago, the midfielder, comfortable as a destroyer and/or a dynamo while always adding creativity, is set to leave Stade Louis II this summer. As the continent’s leading young talent in his position, he’s likely to fetch upwards of €60m. After impressing for France in recent months, he’s almost certain to make November’s squad.

CM, Mattéo Guendouzi (Marseille) – The Arsenal loanee was the major winner from March’s international friendlies with Ivory Coast and South Africa. The introduction of his typical belligerence, power and direct style of passing pushed France to a late win over Ivory Coast as his dipping corner assisted Tchouaméni’s winning header. With squads likely to be expanded for the tournament, his place on the plane to Qatar is solidifying.

AM, Benjamin Bourigeaud (Rennes) – The vision, intensity, creativity and devilishly whipped crossing reminiscent of David Beckham makes the 27-year-old a genuine candidate for player of the season in France. Interest is rising from both Seville and Rome clubs ahead of the summer but he’s capable of playing at a higher level still.

ST, Kylian Mbappé (PSG) – Probably world football’s leading player right now, the coming World Cup is seen as a potential cornerstone in the 23-year-old’s still young career. After criticism for underperforming at EURO 2020, where his penalty miss knocked France out in the last 16, Mbappé feels he has a point to prove.

ST, Gaëtan Laborde (Rennes) – Given Olivier Giroud is now 35, Laborde is the perfect understudy to Karim Benzema and perhaps even a longer-term replacement with the Real Madrid man aging too. His skillset mirrors Benzema’s to some extent as a physical presence that leads attacks but one that can drop into pockets of space across the front line to create in tandem with others while boasting the ability to score all types of goals.