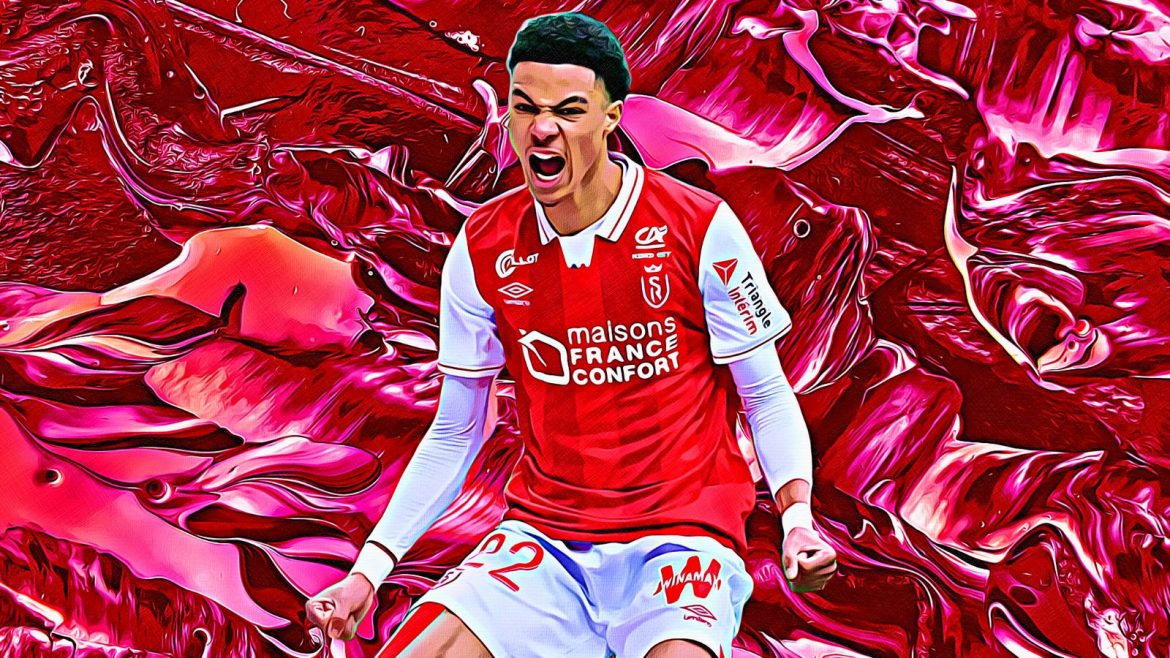 Wayne Rooney’s England debut in February 2003 is notable for a number of reasons other than the then-Everton striker’s bow. It was the sole senior England international played at West Ham’s Upton Park and the home side’s 3-1 defeat was the only one in their history to Australia. But, most oddly off all, Francis Jeffers scored England’s goal. Then an Arsenal player, having promised much at Everton, at just 22, that turned out to be the peak of Jeffers’ much-hyped but eventually meandering career. On the eve of completing his move to PSG, Hugo Ekitike should treat fellow striker Jeffers’ early peak as a warning.

Now 20, a teenage Ekitike was the main beneficiary of Reims’ switch in recruitment policy last summer under coach Oscar Garcia. With most senior players either marginalised or sold, Reims put faith in those produced by their highly-regarded modern academy. Only 34-year-old centre-back and captain Yunis Abdelhamid plus full-backs Ghislain Konan and Thomas Foket, a Belgian international, could be classed as experienced among Reims’ outfield regulars last season. The majority of the rest were 23 or under.

Widespread Premier League interest led by relegation-threatened Newcastle spawned January bids surpassing €30m after Ekitike tallied eight goals before Christmas for the lower midtable team. Still not sure to start at that point (Ekitike only played the full 90 minutes twice in that time) such a small sample size, despite the quality and variety of his finishing, made such interest seem hasty at best. Especially after an eleven game loan spell with relegation threatened Danish club Vejle the previous year had promised little.

However, a lithe, silky number nine, Ekitike is undoubtedly talented, boasting a deft touch, astute movement, considerable room for physical growth and an ability to score all types of goals. Despite an inconsistent campaign affected by injuries and suspensions, the teenager had the best goals per 90 minutes record in France (0.83) by mid-January and ended the season with the league’s fourth best record of 0.71 overall.

No one in Europe’s ‘Big 5’ leagues was more efficient in shooting than Ekitike, scoring roughly once every three attempts. Ekitike’s precise finishing was underlined by his inclusion in Ligue 1’s list of five players who most outperformed their non-penalty expected goals last season – the 20-year-old managed 4.3 more goals than would have been hoped.

Technically gifted and graceful in possession, Ekitike also added four assists which resulted in 14 goal contributions across 1275 Ligue 1 minutes, or one every 91 minutes. As a result, the Reims man became one of the most efficient forwards in France. He finished fourth for total goals plus assists per 90 in Ligue 1 and only Kylian Mbappé (1.25) had a better record for non-penalty goals plus assists per 90. The 20-year-old striker also had the second best shots on target ratio with 55%.

Although Ekitike’s confidence and growing maturity have impressed, seemingly unfazed by such huge winter offers even if some of his decision making remains understandably naïve, after a patchy campaign, Ekitike still counts just 15 games worth of Ligue 1 minutes in his entire career. As a result, being far from ready for the pressure of the Premier League, the striker’s decision to reject Newcastle in January was wise but he has understandably succumbed to PSG’s advances this summer, outbidding Newcastle’s €250k monthly salary offer.

Although another season at Reims was unlikely given the fees on offer, Ekitike needs game time this coming season more than anything else. He has the potential to hit the ground running at the Parc des Princes but at least one uninterrupted full season in Ligue 1 is truly needed to both aid his fledgling development and to prove that his ten league goals so far aren’t merely a purple patch. Considering the competition, he won’t get that chance at PSG.

Along with Jeffers, who played just 22 league games for Arsenal in three years after moving from Everton in 2001, Nice centre-back Jean Clair-Todibo, who left Toulouse for Barcelona after 10 senior games, and forward Adam Ounas, who quickly forced a move away from Bordeaux to Napoli, should act as recent cautionary tales for Ekitike too. Both players badly stunted their development by overreaching as young(er) players without the prospect of real game time. Ekitike may soon discover that Ligue 1’s self-aggrandizing moniker, ‘The League of Talents’, doesn’t always help those talents.

Although the rest of the league couldn’t compete with Newcastle or PSG’s spending power, a move to another top third Ligue 1 club, perhaps with European football like Monaco, Nice or Rennes, would have provided the best environment for Ekitike’s growth. As it is, his move to Paris is a risk for all concerned and a Jeffers-style early peak is more possible than ever.