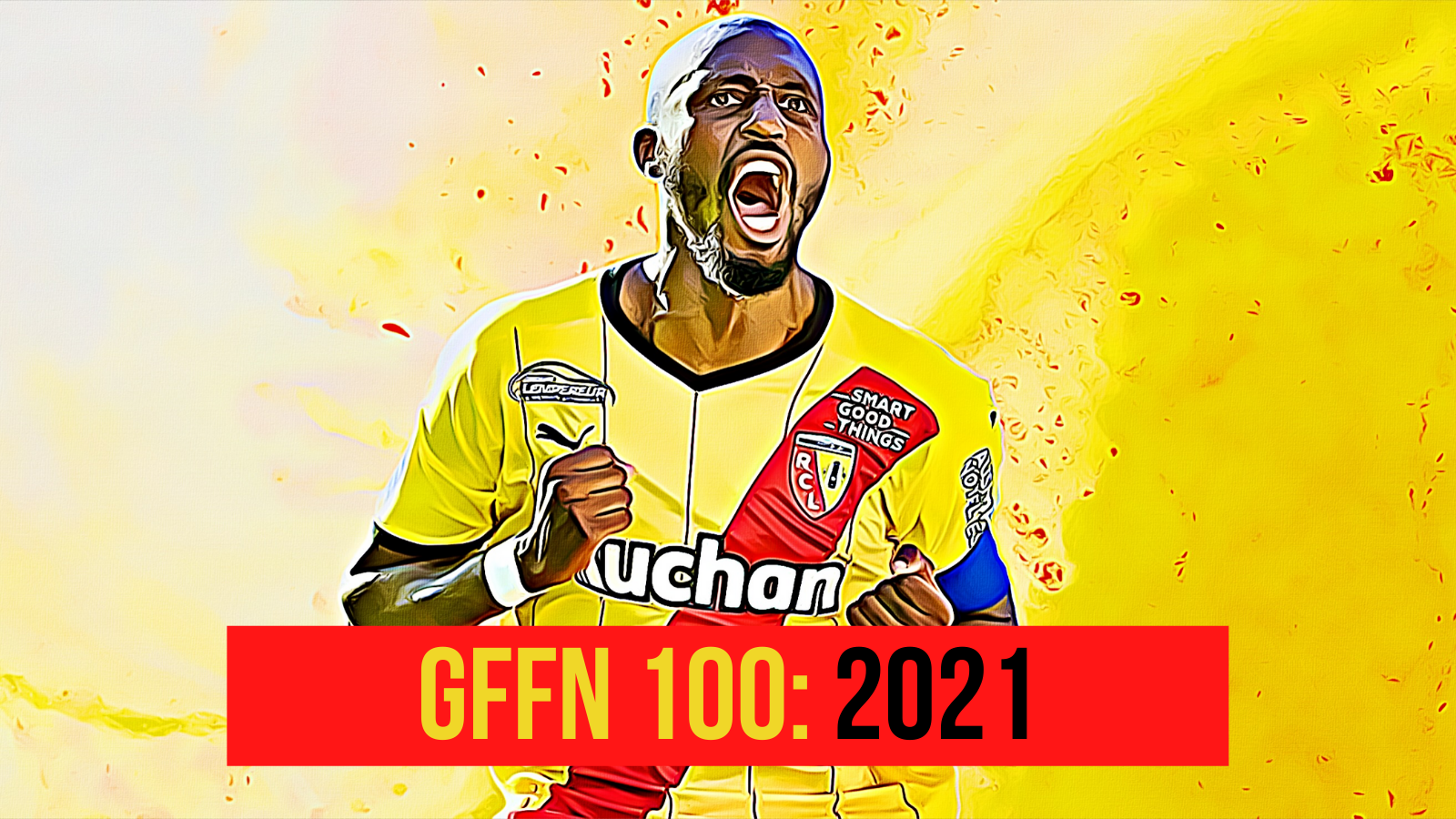 We spoke to our Chief Features Writer, Head of Content and member of the GFFN 100 panel, Adam White, on the 2021 GFFN 100 and the reasoning behind this year’s 100 final rankings. You can see the full ranking and read all 100 profiles plus an exclusive interview with our winner right here.

Why did the panel choose Lens’ Seko Fofana over the other candidates to top this year’s list?
“I think it was a simple decision in the end. Although Fofana might not have received the broad praise and coverage like other candidates such as Kylian Mbappé, Lionel Messi and even Teji Savanier have but, taking the year of 2021 as a whole, he’s been the most consistently high-level performer in Ligue 1 in that time. He’s led a promoted side in a valiant European chase and been the catalyst for some thrilling, dynamic football played by Franck Haise’s side. He’s also had a series of standout displays against the bigger clubs in the league. He was relentless in the 3-2 win at Marseille earlier this season and his goal and typically all-action display deserved to beat PSG too. He manages to play midfield enforcer, creator and dynamo all at once, it’s quite incredible.”

How close did second place Kylian Mbappé come to topping the list?
“It’s difficult to ignore Kylian Mbappé’s contribution to PSG in 2021. 65 goal contributions in 53 games across all competitions is more than anyone else in Europe and PSG didn’t even win the title, but his average EURO 2020 counted against him as did the fact that he hasn’t been quite as consistent as Fofana, despite those numbers, who effectively didn’t have a bad game in 2021. Mbappé was still outstanding, and he did enough to win most other years – he has won it three times already and he’s only just turned 23 – but it just goes to show how good Fofana has been.

What of the other candidates, did anyone come close to challenging Fofana?
“Lionel Messi has been much better in Ligue 1 than most people appreciate, he’s been a victim of his previous performance levels, but one goal in 11 Ligue 1 games is also a difficult fact to sidestep despite winning the Copa America and some good Barcelona displays. If Téji Savanier’s level had been as high before the summer as it has been since he would have been in the top three at least and might have won. If he keeps this up, he’ll be close next year. Lucas Paquetá would have been more of a contender had we judged the 100 two months earlier but he’s plateaued of late, although arguably that isn’t entirely his fault as he has been played out of position a fair bit.”

Lille were superb in winning the title last season, were any of their players considered?
“Lille’s representatives would have been closer had the team as a whole not dropped off so much this season, Benjamin André especially would have been higher had he maintained his very best form. You could make a case for Burak Yilmaz too, given how decisive he was in the title race, but he’s dropped significantly in level this season – although he also hasn’t been as bad as has been suggested. Jonathan David certainly would have won ‘most improved player’ if we had an award for that.”

Any other honourable mentions for players that missed out on the top five?
“Marco Verratti and Gianluigi Donnarumma were both considered at one stage but their best performances were concentrated in too small a window, although admittedly it was an important one being the knock out stages of the Euros. If Verratti had stayed fit all year and maintained his form in that time, he would have been higher than twelfth but that’s often his issue. Achraf Hakimi’s form has tailed off badly for PSG in recent games otherwise he might have been closer to the top than 17th after winning Serie A with Inter and starting so well in Paris. Dimitri Payet has also had a great year but wasn’t quite at the level of those in the top four especially.”

Concrete discussions underway between Dortmund and Angers for Mohamed-Ali Cho

Official | Jordan Amavi returns to Nice on loan from Marseille