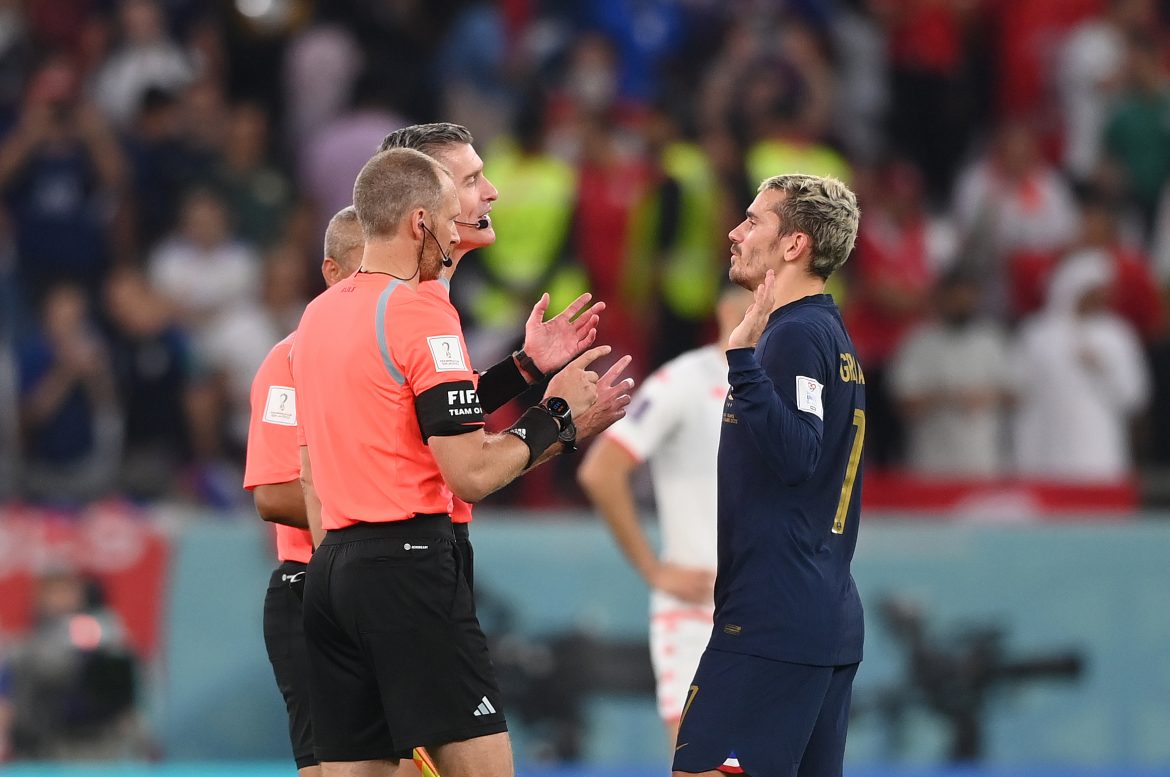 RMC Sport report this afternoon that the FFF are confident over their appeal to FIFA regarding Antoine Griezmann’s disallowed equaliser in France’s loss to Tunisia yesterday.

A formal complaint was sent soon after the end of the final group stage match, in which a revamped France team fell to their first World Cup defeat in over eight years.

Having come on as a substitute, the Atlético Madrid man fired in what he thought to be a late goal, but a VAR check which ostensibly took place after the referee had blown for full-time eventually overturned the decision. The situation notably saw the French broadcaster TF1 end their coverage early, with spectators only finding out about the loss once the channel returned from its advertisement break.

FIFA’s disciplinary commission has received the complaint, and the FFF are now confident about the outcome, and are hoping for a quick response. The idea for an appeal first came from Les Bleus’ assistant manager Guy Stéphan just minutes after the final whistle, and the mail was officially sent to FIFA this morning.