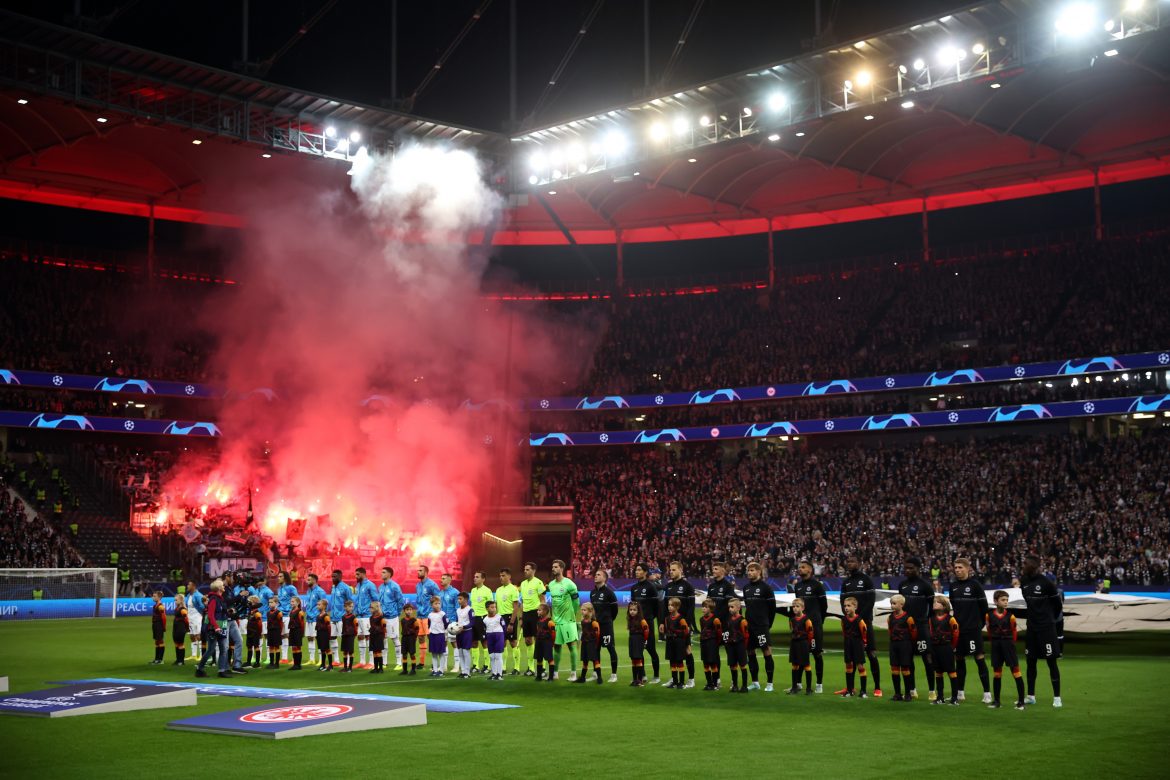 Marseille fans caused minor havoc in their Champions League game against Eintracht Frankfurt as the Ligue 1 side succumbed to a 2-1 defeat to the German club.

As reported by L’Équipe, 1,900 Marseille fans made the trip to the Deutsche Bank Park for OM’s Champions League encounter against Frankfurt on Wednesday evening.

Daichi Kamada’s goal in the third minute of the match drew the first blood. Mattéo Guendouzi soon equalised with an inspiring finish in the 22nd minute. Five minutes later, Randal Kolo Muani notched up the decisive goal of the match, securing all three points for the German club.

The report suggests minor incidents broke out after the final whistle, with the travelling supporters throwing a few firecrackers and other projectiles in the direction of the adjacent stand. But the trouble did not escalate as the Marseille players approached the away end to give out a few jerseys. Igor Tudor’s side host Tottenham Hotspur in a crucial Champions League fixture next week.