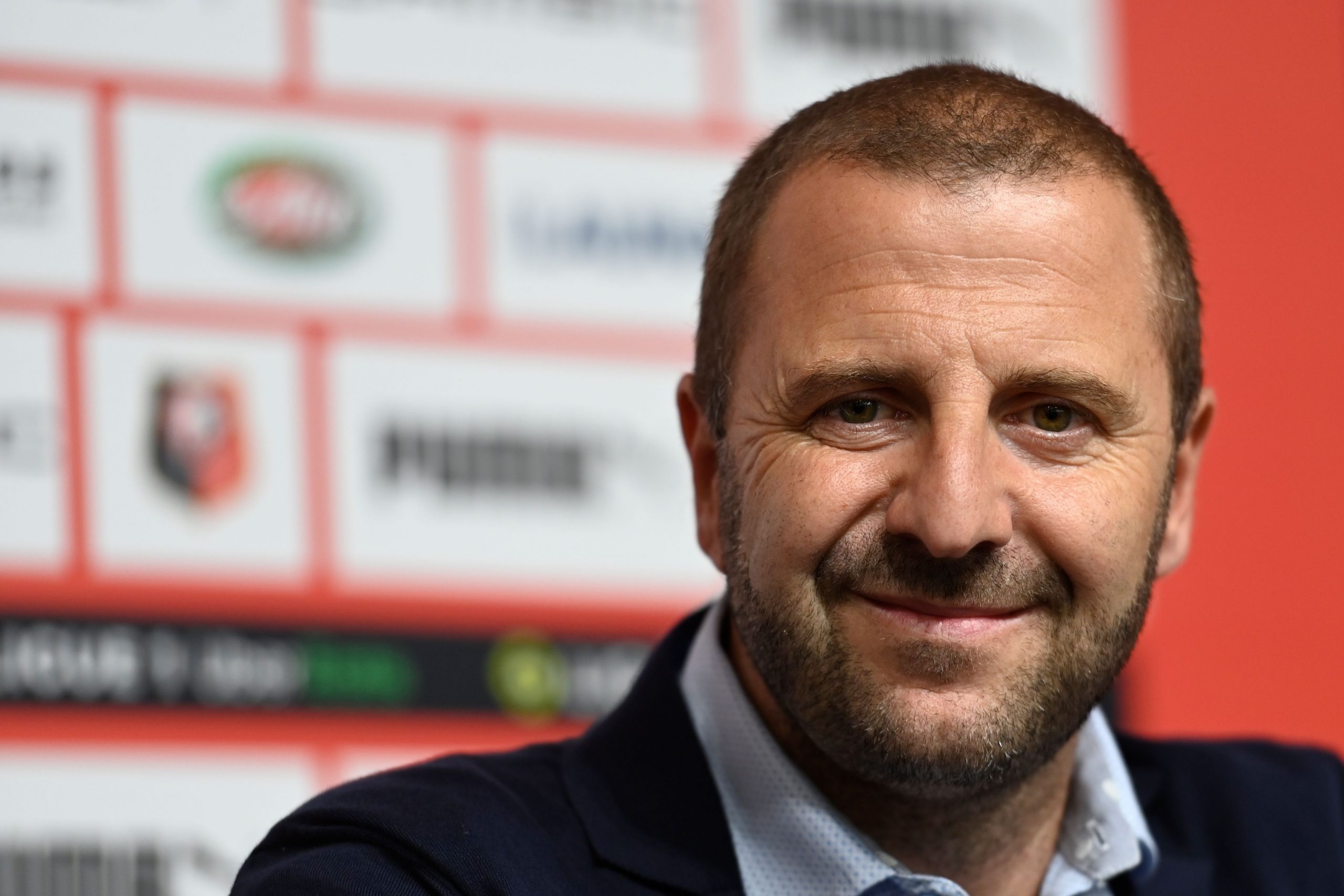 As reported by L’Équipe, in speaking after his Rennes side secured fourth place in Ligue 1 last night, sporting director Florian Maurice stated he hoped the team’s coach, and UNFP Coach of the Season, Bruno Genesio would soon extend his contract. Genesio’s current deal is up next summer.

Is there a good chance that Bruno Genesio will extend his stay?

“We’re discussing this, I think he’s very happy here, we’ve proposed an exceptional project to him, so I have much hope of being able to start the discussions and see them through.”

What are your chances of keeping Benjamin Bourigeaud?

“In the same way, the idea is also to keep our best players and to keep the central core of this squad… We discussed [an extension] with his agent but I think you have to take your time, digest the season and try to do everything to keep him.”