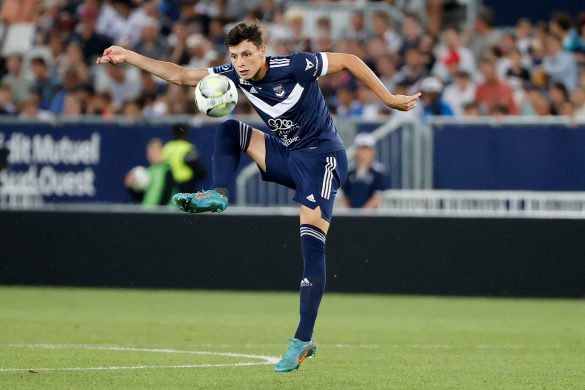 L’Équipe report this morning that Championship club Sheffield United are closing in on the signing of Bosnian international defender Anel Ahmedhodžić, who spent the second half of last season on loan at Bordeaux.

The English club, who were relegated from the top flight at the end of the 2020/21 Premier League season, will sign the centre-back from Malmö for a fee of €3.5m. He was also the subject of interest from fellow Championship club Blackburn as well as Strasbourg for a potential stay in Ligue 1.

The promising 23-year-old arrived at Les Girondins midway through the season but was unable to help the team steer clear of relegation, as they finished rock bottom of the league with the worst defence in Europe’s top five leagues, conceding no less than 91 goals.

Ahmedhodžić nevertheless stood out as one of the stronger performers in the team, but was not kept on after his loan amid the club’s ongoing financial difficulties. He now returns to England, having begun his career at Nottingham Forest before leaving for Sweden in 2019.