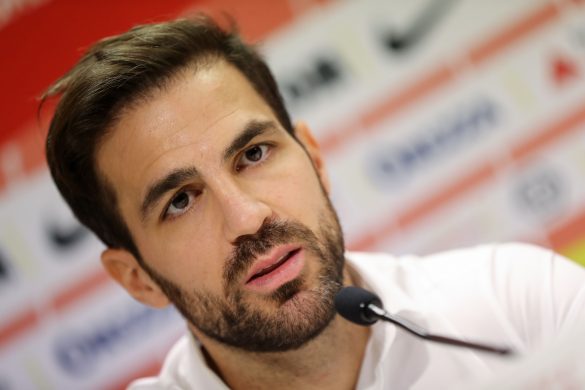 Foot Mercato sat down with Spanish football legend Cesc Fabregas. A player who has played at some of the biggest clubs in the world. The former Chelsea man is now with Serie B side, Como. This was seen as an interesting move by many who thought he still had the ability to play at a first division level. When asked why he chose Como he stated,

“The Como project is very interesting, because there are many things to develop and achieve here and it is precisely for this reason that I have decided to become a shareholder of this club. I remain above all a player, but I invest a lot with young people, especially the reserve team, and I take a lot of pleasure in this area as well. Regarding the competition, we had a complicated start to the season, especially with the departure of our coach for health reasons, but since the arrival of Moreno (Longo), things are gradually improving. Of course it’s not easy to fight for maintenance and to be in an uncomfortable situation since the start of the season in the standings, but I came to help in the long term. Many things are being put in place to improve the club at all levels. There is a new stadium project, but also a new training center which has just been delivered. One of the objectives is to have the infrastructure that will allow us to return to Serie A, if possible within three years, but also to stay there.”

Now involved with player operations at a higher level he was asked if his time at Monaco and seeing their youth center had any influence on his vision of what was to come at Como.

“Everything I’ve seen in my career, both on and off the pitch, is inspiring. When I arrived in Monaco, the project for the new Center had just been launched and it was interesting to watch the construction of the complex as it went, until we entered the interior of the one here at the start of last season. The club also has a new building for the training center. We see that they have made great efforts to continue to train well and allow their players, especially the youngest, to progress and perform at the highest level. In this sense, we must certainly draw inspiration from this model in Como to promote the emergence of our young talents.”

It is apparent through the interview that Fabregas is starting to see things through the eyes of a coach.

“I feel above all like a player, but transmitting has become a very important aspect for me. I rubbed shoulders with a lot of great players and received a lot of advice when I was taking my first steps at Arsenal… I’m lucky to have accumulated a lot of experience in the clubs I’ve worked for and inevitably, we want to share when you are in contact with the youngest and the years go by! In the absence of being able to help AS Monaco as much as I wanted on the ground, I am happy to have been able to advise and encourage the many young talents that I was able to meet there and who today speak at the highest level. I had fun and I continue to do so today in Italy. It’s true that it gives me every day a little more conviction that I will be able to flourish one day in the role of coach…”

The outlet asked him about his reputation as a big brother and his relationship with Aurélien Tchouaméni. Stating,

“We talked a lot with Aurélien, exchanged a lot, including when he discovered the France team. He asked me for a lot of advice from my experience and my experience in clubs like Arsenal, Chelsea, Barcelona… I was very happy to share that with him. I quickly saw that he was not a player like the others. The first time I saw him was during a league match against Bordeaux with Monaco. I was on the bench and was impressed with his performance. We had been beaten and I remember asking one of our deputies, ‘but who is this midfielder in Bordeaux?’. When he arrived with us, he had a little adaptation phase and then only progressed and confirmed all the good things I thought of him.”

In fact, it seems Fabregas was so impressed by the Frenchmen that he spoke about him to Barcelona.

“Yes, it’s true that I talked about Aurel at Barça. They wanted to start preparing for the succession of Sergio Busquets and he was the perfect player for me. But it was at a time when Barca were short of money and I believe they couldn’t offer more than €40m. He has since signed at Real for 100 M€, he is a regular there and has become essential to the French team. For me, Aurélien has no limits!”

The world champion was also asked about his thoughts on Lionel Messi’s season with PSG and about his future.

“Before coming to Paris, Lionel had known only one and only one club. He has always been very attached to Barcelona, ​​to Barça, and his whole family had to leave his cocoon overnight when he was very happy there, his children were in school there and he had planned to finish there. You know, we are professional football players, but also human beings and it is not always easy to manage everything in the best possible way. He and his family have discovered a new environment, a new country, a new championship and we now realize in his performances that Lionel is very happy in Paris. This is felt on the ground where we find the real Messi. For his future at PSG? I don’t know, we don’t talk about that together, it’s still something very personal.”

He was then asked about the rumors of David Beckham’s Inter Miami and the possibility of Messi joining the project.

(laughs). “Yeah, I’ve seen that rumor going around lately. For the moment there is nothing. As I said, I am very happy in Como in this new project which is very important for me. For his part, Lionel is focused on the World Cup and PSG…”

Fabregas also talked about his national team and his opinion about their chances at the World Cup.

“I followed all the matches of the national team. It’s very nice to see them play, there are some great individuals and I think there’s great cohesion and an interesting game plan. I can’t say that Spain is the favorite, but I see it in the top 5 nations in this World Cup, with Brazil and France in particular.”

Foot Mercato made a comparison of Gavi to the former Spanish legend and his response was all praise.

“Gavi is really a very good player, very technical and very precocious. But what strikes me the most about him is his ability to go to the duel, not to be afraid of confrontation, like against Aurélien during a Clasico. He plays with personality and I like that. If he continues, Gavi can do great things, both with the selection and with FC Barcelona.”

The former World Cup winner even gave France praise in his interview stating, “France is off to a very good start. They won their two matches despite missing players like Benzema, Lucas Hernandez, Kanté or Pogba. They have a very young team, but that’s also part of her strength and she has great individuality. Yes, it’s true, it is always difficult for a nation to retain its title. France failed to do so in 2002 and we failed to do so in 2014 in Brazil. Which shows that it’s not easy to do the double. But what France did is very promising for the future, especially with a Kylian Mbappé in great shape who is for me one of the best players in the world.”