Former head coach of Morocco Vahid Halilhodžić on the World Cup: “Instead of being in Qatar, I am here in the rain.” 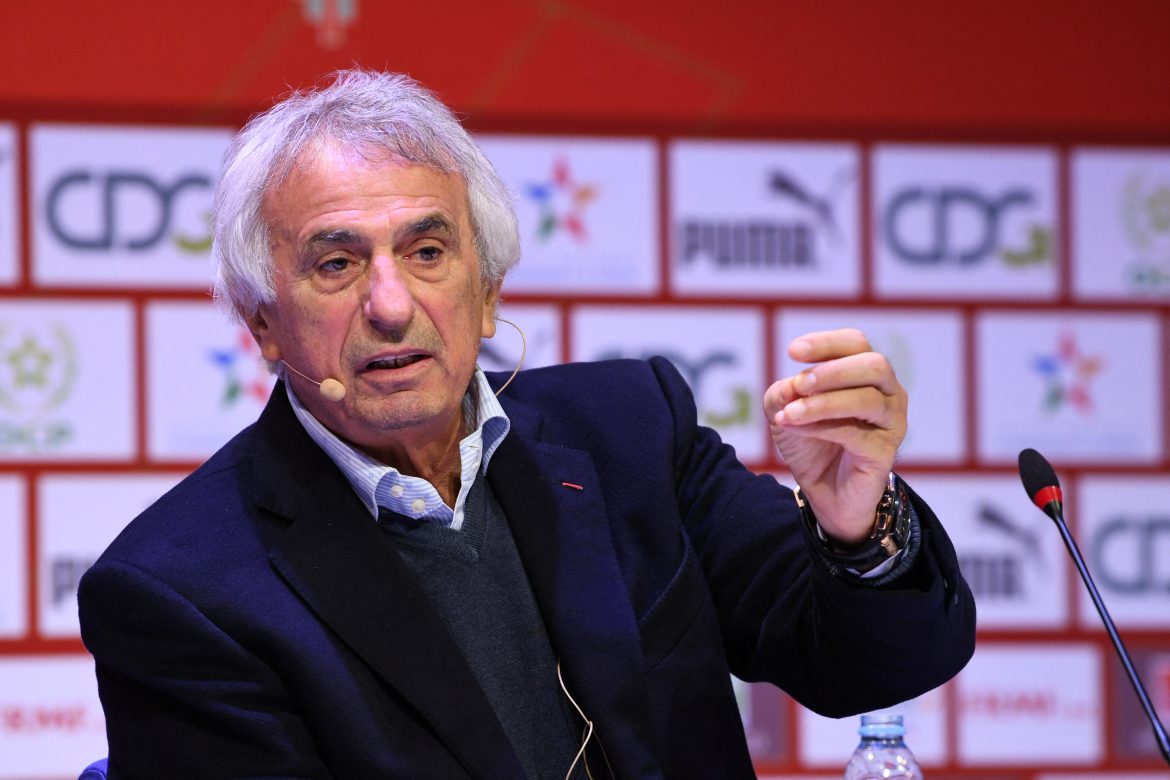 In an interview with Sofoot veteran Ligue 1 player and coach, Vahid Halilhodžić, sat down to discuss his coaching career, Morroco’s World Cup campaign and his overall feeling about the modern game. The former Nantes player was most recently the head coach of Morocco and the man in charge when they qualified for the World Cup. In fact, this was the fourth time he has earned a national team a World Cup qualification.

Yet, after getting the Ivory Coast, Algeria, Japan and now Morocco to a World Cup he has only participated in one of them. Vahid was looking to make his second World Cup appearance, but was fired by Morocco last August. When asked about the World Cup absence he stated, “Instead of being in Qatar, I am here in the rain. I had really invested myself in this project thoroughly for three years and it is still a World Cup that I will miss. Well, it’s life.”

The coach was criticized for not bringing more local players and possibly his biggest fault in the eye’s of Fouzi Lekjaa, the president of the Royal Moroccan Football Federation, was not selecting Hakim Ziyech. He responded by saying, “When you arrive in a country, you don’t know all the good players. So we have to look for them. How many tapes I watched in Morocco! At least a thousand. I updated 80% of the team. We have to find them, the players who can play for the national team. What makes a coach credible are the results. And never has the Moroccan team got better results than with me in the World Cup qualifiers. 7 wins, 1 draw having scored 3 goals per game on average. What I didn’t appreciate were the smear campaigns, to create animosity between supporters of different clubs, between locals and Moroccans abroad, that locals would be prevented from playing for their country. This pressure from the federation had already been going on for a long time. They wanted me to take 3-4 players, while the team had achieved results without them. I did not give in, because you lose your credibility when the players feel that we decide for you. Some refused to play for Morocco because they had entourages who preferred them to play for Spain, Italy or France. And afterwards, they change their minds when there is a World Cup!”

“But you had to be there when you went to Kinshasa or Guinea during the military putsch. In Morocco, I wrote a sports document, like a charter, a synthesis which describes the identity of the team, defensively, offensively, on free kicks, individual markings, markings in zone, zone 1, zone 2, at 30 meters, each player must have a player next to them, within 16 meters, individual marking in the centre, all the bases, play in the axis, back to goal, one-touch storage necessarily, calls on the side, in depth, everything is there, all the key dynamics. It has been translated into five languages, because there are Moroccans everywhere… We are the only technical staff in the world who worked during the COVID. There, of course, I felt that with the Moroccan team that I had built, we could do something at the World Cup. I would have liked to end my career with a successful World Cup and say enough!”

The former Nantes man was asked about the transition to the new coaching staff and if he provided them with his “recipe” for success. “Yes, but I had done the same in Japan. That is never talked about. I don’t want to brag, but tactically I have a nose, I know how to do it. Defensively, at the limit, it’s easy, but offensively… There are a thousand possibilities. In 2014, all the teams were eaten by Germany, and we, Algeria, were eaten by Germany! Me, I don’t have a defined system, I adapt all the time, each match is a battle. Today, every player has videos of their direct opponent. We analyze overall, in attack and defense, the difficulties and weaknesses of the opposing team, we put in place lots of little things to take advantage of them. Everything is programmed. That’s what being a professional is today. Everything is done in advance.”

The question was asked if the he should have taken a watered down approach to how he handled these situations with the national teams. “If I had done that, I wouldn’t be Vahid. I prefer to die with my ideas. But I’m not stupid either, I’m able to change my mind when asked, if it’s for the good of the team. But, if I’m not sure that this boy will bring more and that on the contrary, it can explode a group balance… It’s not because a player has status, shows prowess in a club, that I need him. I have feedback that you don’t. The problem, in a club, is that the coach has become the weak link, the first to be fired, but if the head of the athlete is the weak link, a club cannot perform. The coach decides, but he spends his time consulting his players, his assistants, he decides, but he doesn’t play, huh… I’m not a fake. I have never belonged to a lobby.”

With all of the success that Vahid has had, it has to be said that his tactics have gotten him to where he is today, whether that be for better or worse. The former Moroccan coach was asked whether or not some may see his negative qualities as the same reasons clubs and countries look to him for help.

“I do not think so. For example, in Japan, it is the sponsors who impose players. Some were injured, others weren’t playing, so I thought I’d take young people. That didn’t happen. When they fired me, they blamed me for my communication. What, my communication? It was a pretext. This has happened three times now. Again, I’m a little ashamed. In Côte d’Ivoire, President Gbagbo ordered me to win so that he would be re-elected. I replied: ‘Ask the players.’ The president of the federation, Jacques Anouma, was his right arm and best friend, and I could not bear any interference, it is not the president who chooses the players. With Côte d’Ivoire, I had a series of 23 games without defeat, before losing in extra time against Algeria in the quarterfinals of the Africa Cup of Nations.”

While Vahid has had success on the field his reputation with the media and how he represents himself has not alway come across as approachable. The coach was asked about his experience with the media stating, “With the Moroccan journalists, what did I experience… Oh la la! One day I got up and said, ‘I hate you. I am with you and I tell you to your face.’ In front of 200 people. They had written something about my family. Journalists, I know some, but I never expected anything from them. I don’t like the idea of ​​buddying up with journalists to master your communication. I arrived in Morocco a week after leaving Nantes, where I received a salary three times higher. With family and even financial sacrifices, to finally be deprived of a tournament, it’s hard. When you coach a country, you have to live there, you go to the office every day and on weekends, you travel to see matches. In Morocco, they have the best technical centre in the world. It’s phenomenal. The grounds, the medical, the hotel, the swimming pool, the restaurant… It’s five times better than Clairefontaine.”

The coach was also asked who fancied in the World Cup (interview carried out before the start of the competition) stating, “France. they can go all the way if they are solid defensively. Didier Deschamps is from the school of Juventus. Pragmatism and realism. To win. I did not even look at the list of Morocco. A mother called me because her son was not called, he was crying. You can’t imagine how hard it is to make these choices. A player who has made the qualifiers and who is not called up, you can destroy his life. Me, I’m still traumatized from having played so little in 1982. You need a hell of a mind to recover from it, not everyone is capable of it. Even not playing an irreproachable player is hard. But the one who does not work well, is undisciplined, I take him out with pleasure.”

Love or hate Vahid Halilhodžić he has been successful at nearly every position that he has had. The coach comes from a generation that holds ideals that have largely disappeared. The Moroccan team and their new coach deserve the credit for any success they have in this World Cup. However, Vahid’s name should be attached to that success as one of the people who started them on this journey.

Olivier Giroud on his bromance with Kylian Mbappé: “I laughed a lot at all the montages.”