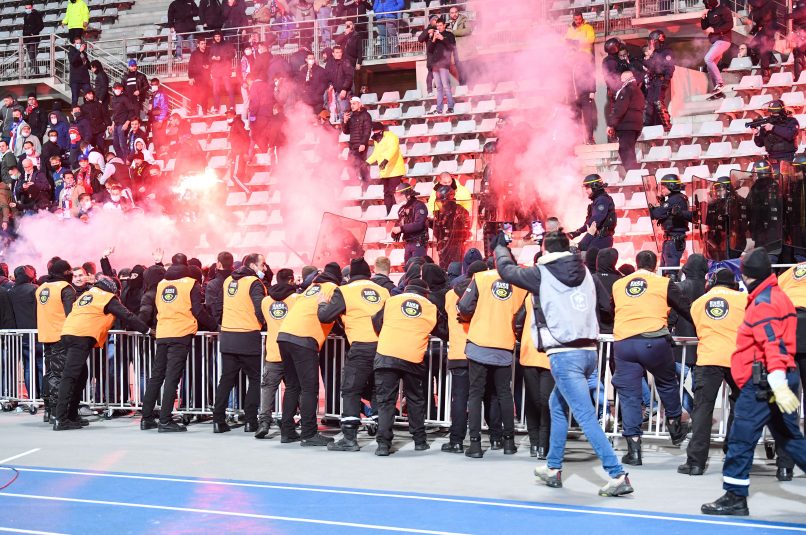 As reported by L’Équipe, two PSG fans have received a suspended prison sentence of four months for their roles in inciting the violence seen in the stands during the Coupe de France game between Lyon and Paris FC in Paris earlier this season.

Both OL and PFC were ejected from the competition following the game’s abandonment at halftime due to the violence seen at Stade Charléty in Paris last December. Projectiles and flares were thrown and various mass fights broke out in the stands, forcing some onto the pitch.

A police investigation determined that the violence had started due to scuffles between OL ultras and some unidentified others, which turned out to be a small group linked to a section of PSG’s ultra base, which included the two men.