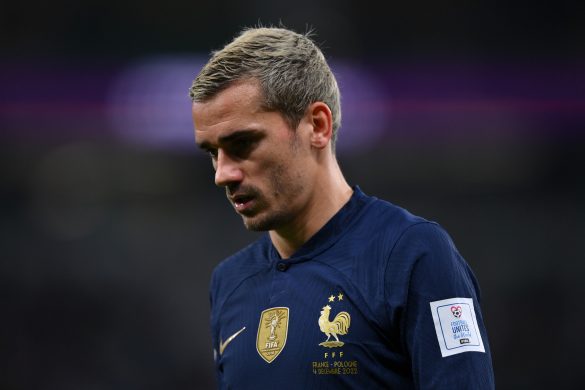 FIFA have announced in a press release this afternoon that France’s appeal over Antoine Griezmann’s disallowed goal against Tunisia, in their final group stage game, has been dismissed.

The FFF had filed the appeal soon after the end of the game, which saw Les Bleus fall to defeat. The Atlético Madrid man, who came on as a second-half substitute, thought he had equalised with a 99th-minute strike.

After a long delay, and after the referee had appeared to signal for Tunisia to kick-off and end the game, the goal was disallowed after a VAR check, with many French spectators unaware of the decision given domestic broadcaster TF1 had ended their coverage at full time.

The appeal was put forward on the basis that the laws of the game state that a VAR review cannot overturn a goal after kick-off. Nevertheless, Les Bleus’ loss – their first in a World Cup since 2014 – stands, and Antoine Griezmann, now operating in a new midfield role, remains on 42 goals for his country.