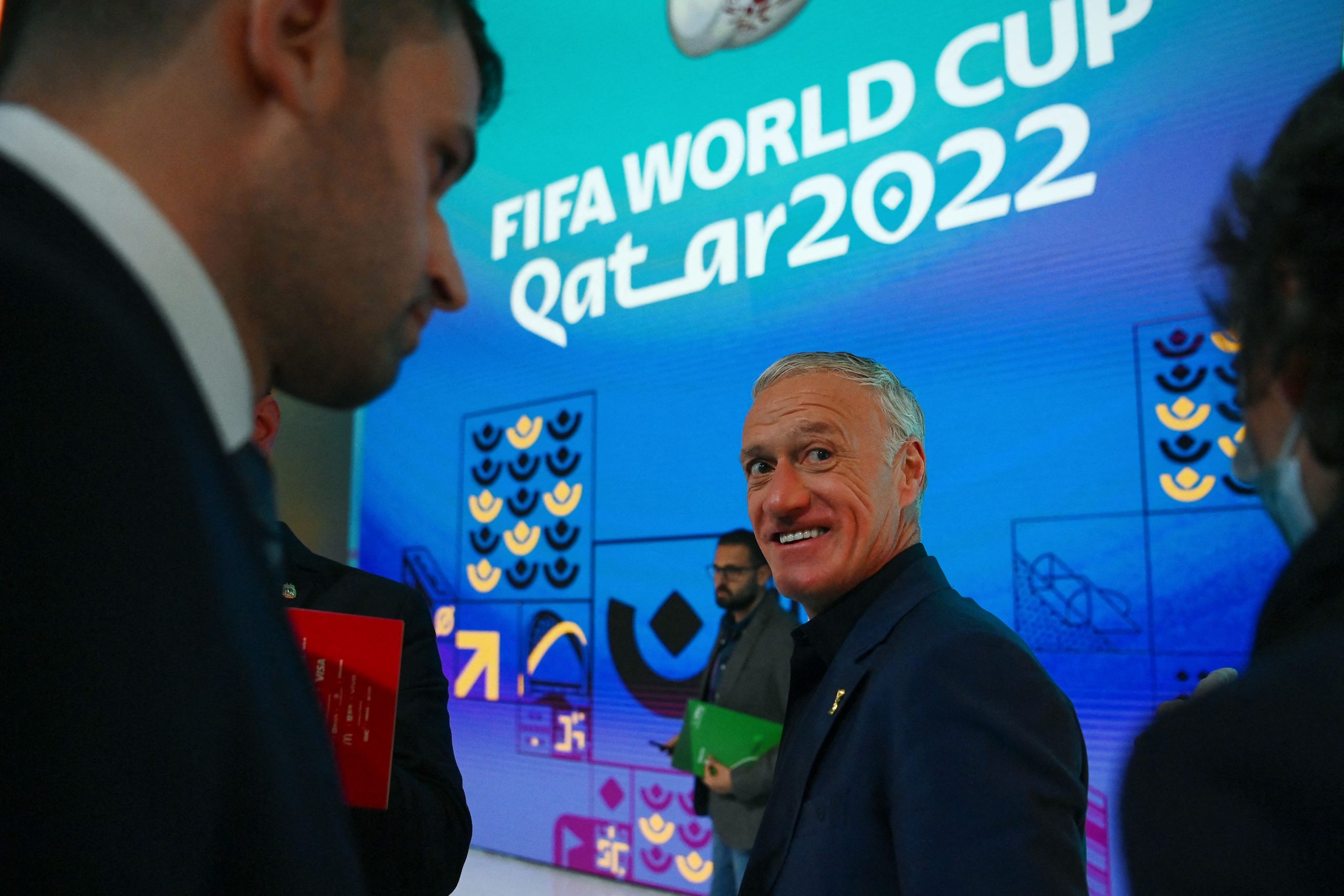 This afternoon’s 2022 World Cup draw has seen France put into Group D, where they will face Denmark and Tunisia, along with the winner of the intercontinental play-offs.

Les Bleus’ third opponent will either be Peru, United Arab Emirates, or Australia. Two of the three were in France’s 2018 World Cup group.

Denmark also faced France in both the 1998 and 2018 World Cups, both of which were won by Les Bleus – although they also played each other in the 2002 group stages, which infamously saw the reigning champions go out at the first hurdle.

It will be the first time France and Tunisia play each other in an official competition.

Reacting to the draw in Qatar, Didier Deschamps told RMC Sport that although the group is not complete yet, the draw “could have been worse”.

“We have to be measured in our analysis. We shouldn’t be excessive. I’ve never been like that, one way or the other. It’s one step forward. Not everyone knows about Denmark but they were semi-finalists of the last Euros and are 11th in the FIFA rankings in front of other European teams. We have a lot of respect for Tunisia and are wary of them.”

“It could have been worse, I don’t know if it could have been better. I’m always calm, it’s one step forward. It’s a solemn moment. It allows us to plan ahead. We’re feeling good about it.”

Marseille and Arsenal’s William Saliba on his future: “I want to be a starter.”