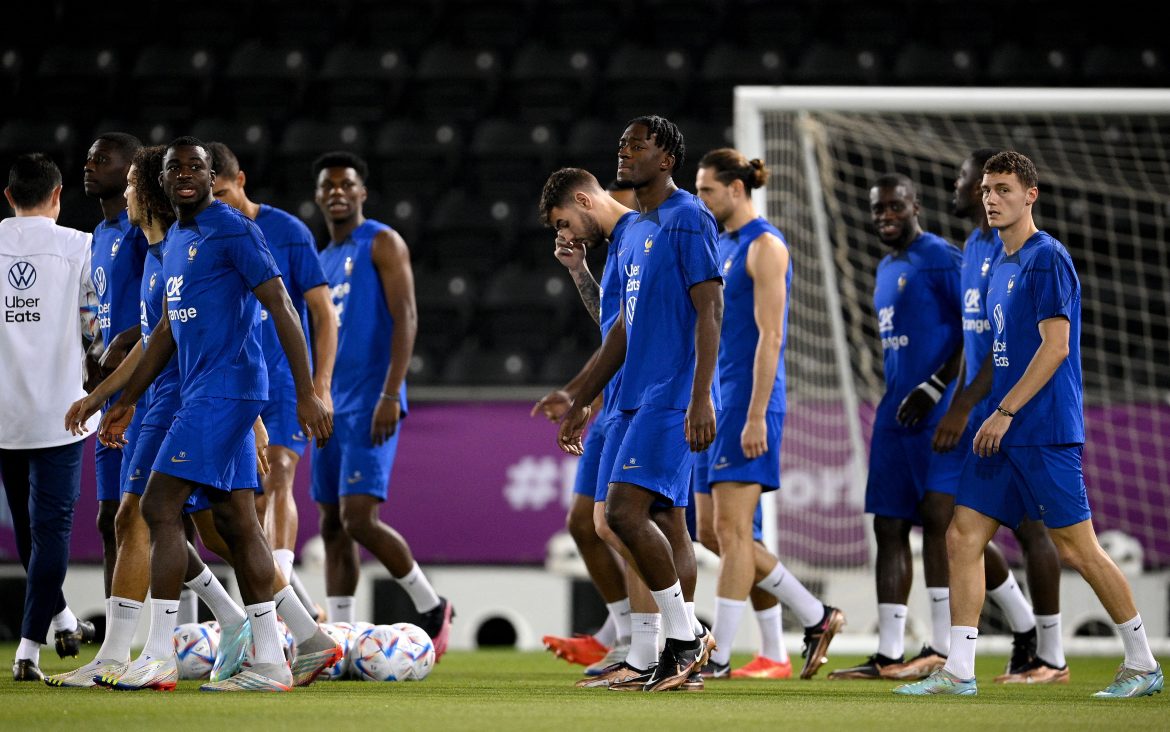 L’Équipe report today that last night’s training session saw the France team back to its full complement after the return of Kylian Mbappé, who had instead worked in the gym on Tuesday, while Les Bleus worked on set-pieces and corners in particular.

France have had little success from corners this year, with their last goal from the set-piece coming back in March, through Aurélien Tchouaméni’s goal from a Mattéo Guendouzi assist against Ivory Coast. The team will also be looking to improve their defending on corners, having conceded twice from the position in their matches against Denmark this year – with England looking a threat in the air, that area of the game could be a crucial factor in determining who grabs the semi-final spot.

As was the case in the lead-up to the match against Poland, Didier Deschamps’ men have not practised penalties – the France coach believes it is impossible to replicate the conditions of a high-stakes penalty shoot-out in the context of a training session.