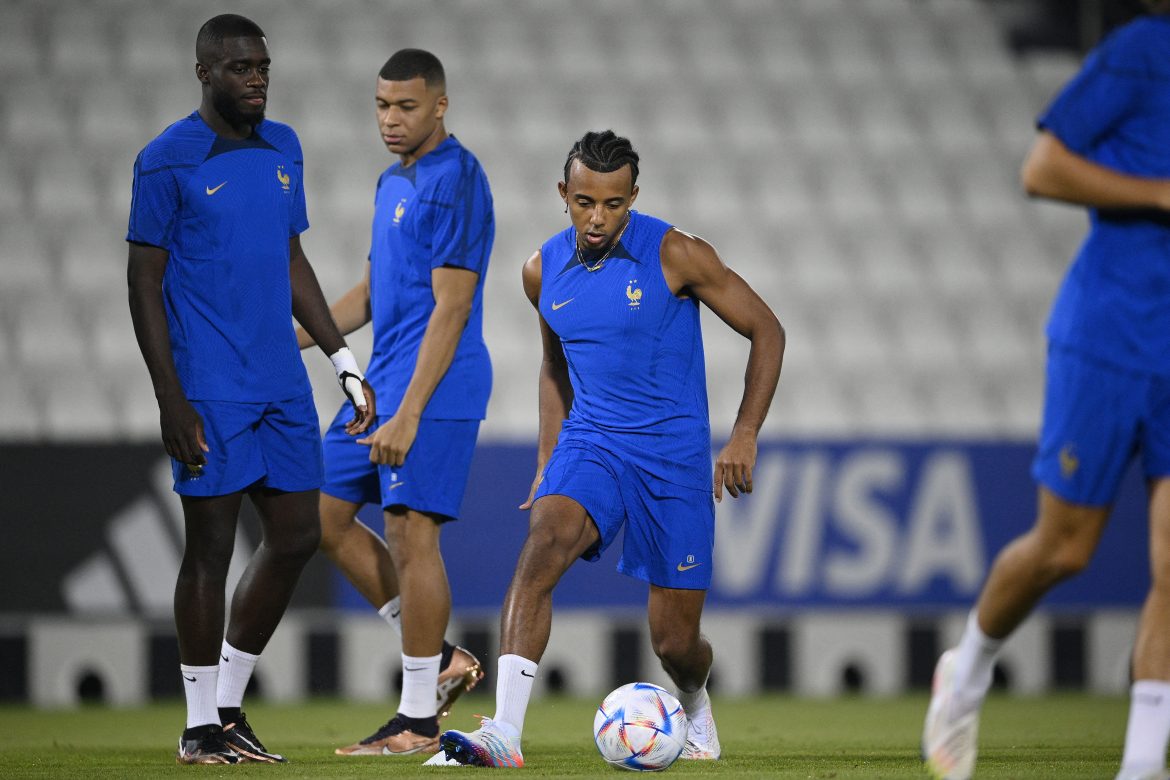 Benjamin Pavard was the starting right-back for the opening match against Australia on Tuesday night, but was subject to criticism for his performance, as he notably lost his marker on the opening goal, and appeared to offer little going forward. As result, the Barcelona and Monaco players could be in line for starts, even if their preferred position would be as central defenders.

Meanwhile, on the other side of the defence, Lucas Hernandez’s injury has meant that Didier Deschamps’ only option in that position is the Bayern Munich man’s brother Théo. Eduardo Camavinga was tested in that position in the French substitutes’ friendly match against local team Al-Markhiya.

The Real Madrid man was once again playing on the left in this evening’s training session, indicating he is likely to emerge as the established deputy for the Milan full-back, looking ahead to the rest of the tournament. The session also saw Kingsley Coman withdraw from the pitch before his teammates, in what was a scheduled move after picking up a slight muscle knock in yesterday’s friendly.