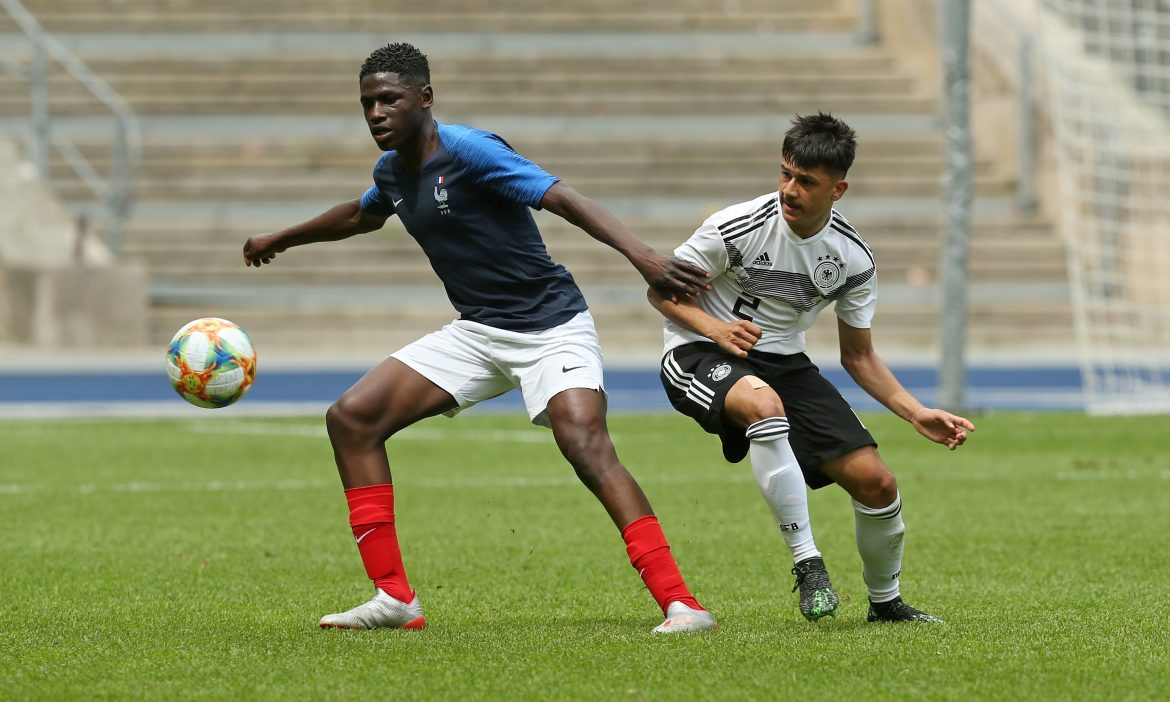 As L’Équipe reported this afternoon, France’s U19 side will face Israel in the Euro U19 semi-final which will take place in Slovakia. After a brilliant start in group A with three successive wins over Slovakia (5-0), Romania (2-1) and Italy (4-1), Les Bleus will play Israel next Tuesday at 20h for a place in the final which will is scheduled for Friday 1st July.

Israel finished 2nd in their group after a 1-0 defeat to England. The other semi-final between England and Italy will also take place next Tuesday, but with an earlier kick-off time at 17h.

One of the stars of the French U19’s campaign has been Stade Rennais winger Loum Tchaouna (18), who has scored in every game thus far in the tournament – the young winger has made 10 appearances in Ligue 1 this season for Rennes, with Manchester City and PSG reportedly observing the player’s performances for Les Bleus this summer.