France’s Adrien Rabiot after win over Poland: “We’re ready to face anyone.” 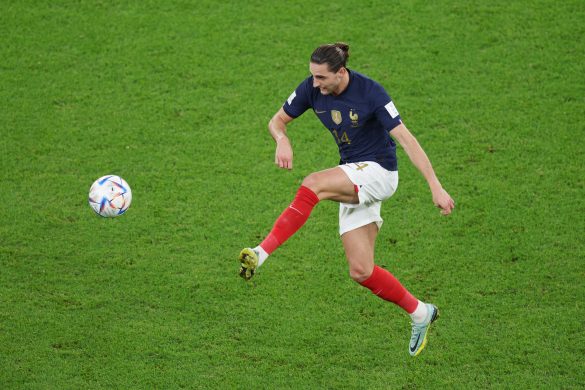 Speaking to TF1 at the end of France’s World Cup last 16 win over Poland, midfielder Adrien Rabiot expressed his satisfaction with the team’s assured performance, and has insisted that Les Bleus are ready to face anyone on their road to defending their 2018 title.

Rabiot started alongside Aurélien Tchouaméni and Antoine Griezmann in a three-man midfield which once again impressed. His words transcribed in RMC, the Juventus man explained that he believed the team deserved their place in the quarter-finals, having dominated the match even if there were a few moments where Poland did threaten, before goals from Olivier Giroud and then Kylian Mbappé put an end to that threat.

The former Paris Saint-Germain man also insisted on the team’s togetherness, which he sees as Les Bleus’ strength in this tournament, and the fact that they were defensively assured and controlled the match all the while getting the job done up front.

“We don’t have any preference for the next round, we need to concentrate on ourselves and have the same mindset as in that second half. We’re ready to face anyone.”