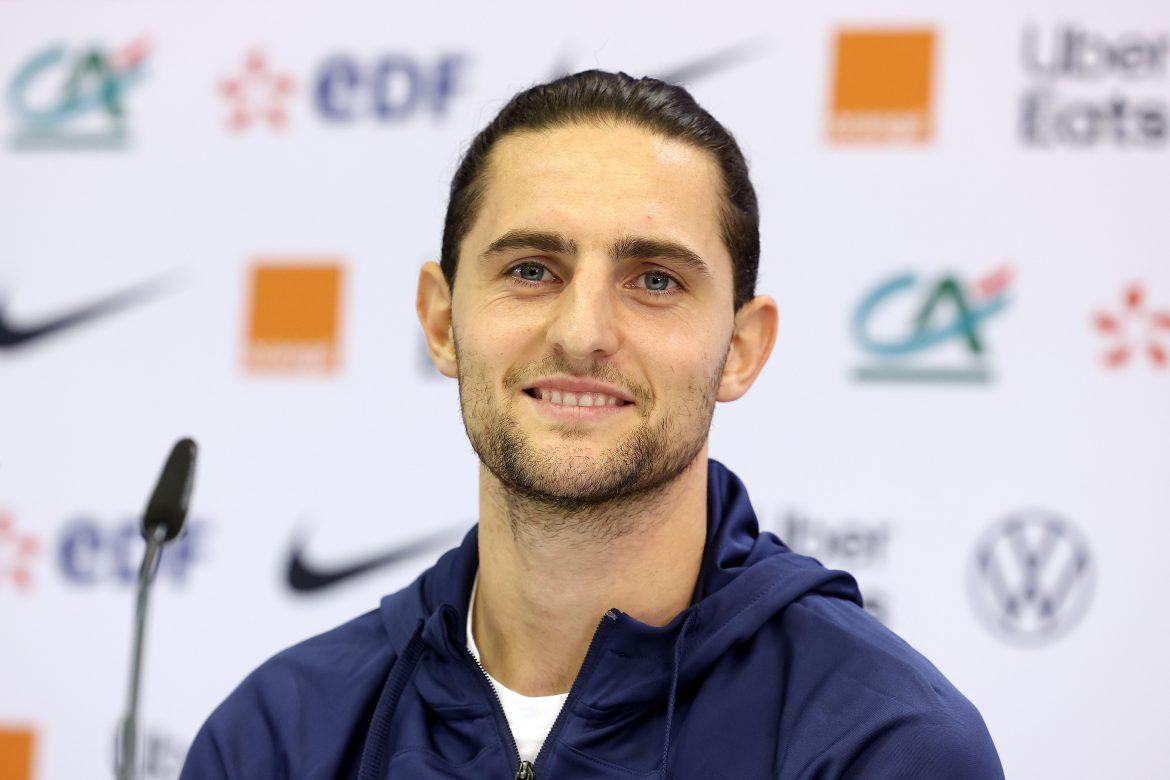 In his appearance at France’s daily press conference this afternoon, Adrien Rabiot notably touched on his recent purple patch in form, his improved relationship with national team manager Didier Deschamps, and his reaction to past criticism from the press.

Describing his current period of form as the best of his career – “I’ve grown and matured, so has my football” – the Juventus man explained that he had notably been working on his physical conditions while in Italy.

He described his relationship with Deschamps as being good, even before the 2018 World Cup – when the midfielder refused to be put on the reserve squad list. Rabiot would have a conversation with the manager on his return to the national team “which went really well”. For the former PSG man, his relationship with Deschamps has improved with every call-up, and that they are close to each other now.

Rabiot also spoke about the recognition he has been receiving in light of his good performances, pointing out that the most gratifying praise has been from the media – “you are the most difficult to convince!” – and that he had, in his eyes, been wrongly criticised in the past.