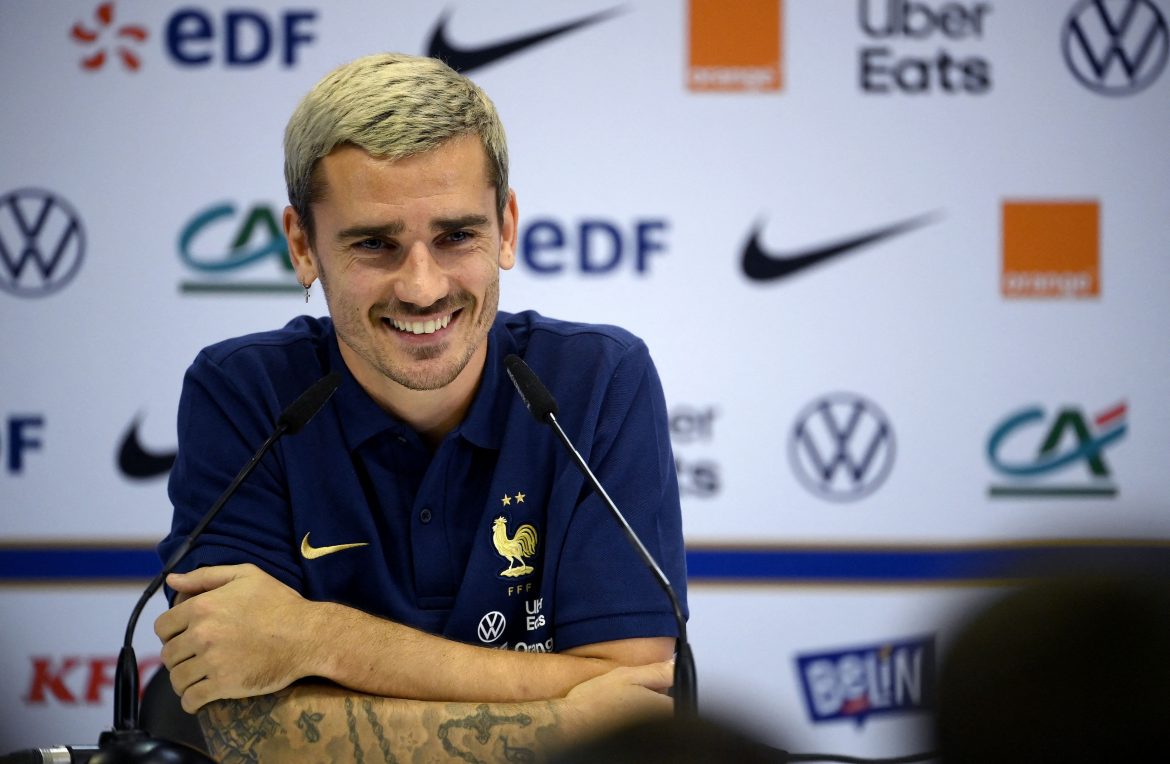 Antoine Griezmann in France’s press conference, covered by L‘Équipe, in preparation for Poland spoke about his on the field relationship with his national team teammate Kylian Mbappé.

While the two of them have been teammates since Kylian’s arrival on the national team Griezmann pointed out that the national team is their only playing time together. Which is something that’s needed to build their on-field cohesiveness “We don’t have a lot of minutes played together, so it’s complicated to work on this bond. I’m more in a role where I go down a lot to then find the attackers.”

Griezmann was referring to his current role in the midfield. Previously, he was more utilized as one of the attacking options with Kylian Mbappé. He is now deployed more of a box-to-box player. In fact, he has shined in the midfield, offensively creating plays and defensively disrupting them. However, he has not been able to find many opportunities to get into scoring positions. He had this to say, “I had the opportunities. I may be less close to the opponent’s final third but I played well in the matches. I’m not a player who will shoot 50 times per match. I don’t get headers in relation to the goal. The team needs me more in the heart of the game.”

However, the Atlético player was clear about how he felt about Kylian stating, “Kylian, in 2018, he’s not the same player or the same personality as now. He talks a lot, he brings joy to life, he knows he’s important to us. He’s exceptional.“

France will need the Griezmann-Mbappé link to be very strong if they want to repeat the 2018 World Cup. Prior to the match against Tunisia the two players were both in great form and the new role for Griezmann seems to be what is best for the Les Bleus.