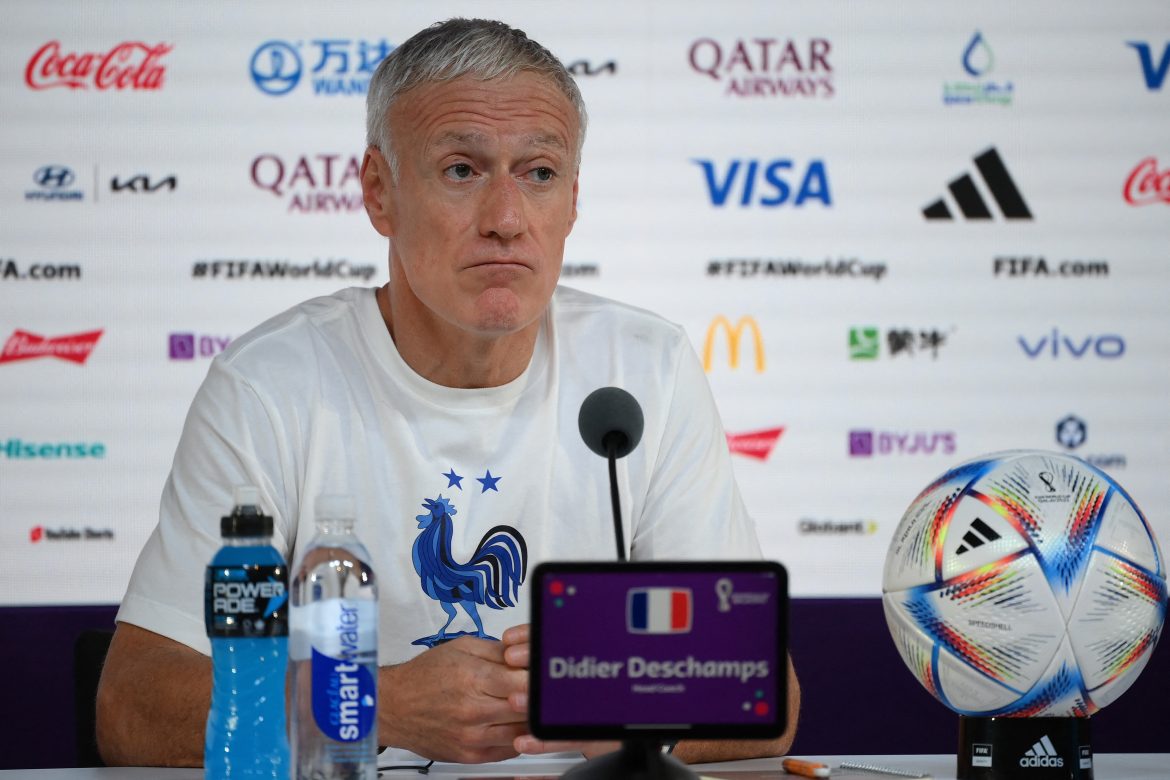 In his press conference this morning ahead of tomorrow’s quarter-final clash, Didier Deschamps was asked about England’s potential plan to stop Kylian Mbappé, with the France manager pointing out that his team would need to spread the danger across the frontline to prevent the focus from constantly being on the Paris Saint-Germain man.

“Kylian has this capacity to make the difference. In the last game, where he wasn’t at his best compared to the first two, he was still decisive. Spreading the danger for our opponents will avoid the focus being on him.”

Deschamps notably insisted that Gareth Southgate’s team had no weaknesses in particular, but that France had to identify “certain aspects where we could hurt them”.

Asked about his opposite number, the France manager explained that he appreciated Southgate and previously had the chance to meet and speak with him:

“He’s not especially appreciated or valued in his country. Just because he’s been a player previously doesn’t mean he can’t be a very good manager. He’s had some good results. On a human level, he’s someone I like a lot.”

The coach was also asked about his contract situation, with FFF president Noël Le Graët having earlier this week indicated that he would like to see Deschamps stay on as manager after the World Cup, having previously set a target of reaching the semi-finals at the tournament for his future to remain in his hands. Deschamps, though, insisted he was staying focused on the objective of reaching the last four, even if he did concede that he appreciated the French FA president’s comments.